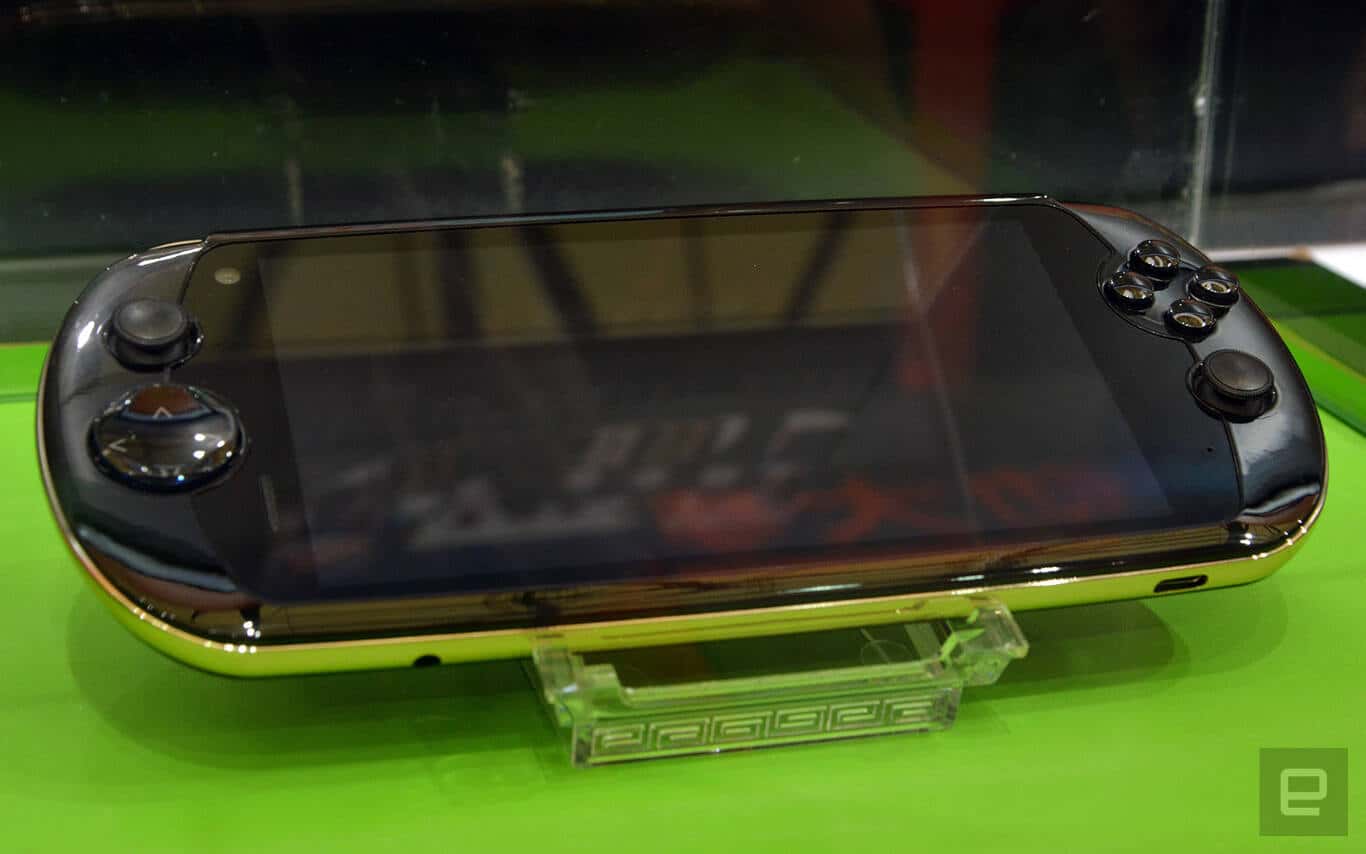 SnailMobile has officially outed its new i7 gaming smartphone via a live showing of a pre-production model at MWC Shanghai. The device is the first phone out in a while to sport physical gaming buttons and has a respectable set of modern specs to show for it. Its 6-inch display panel has is of the 1080p variety, with the handset itself being powered by the MediaTek Helio X20 system-on-chip (SoC) and 6GB of RAM. The fairly powerful processor and the large screen of the phone will see runtime that's likewise more than ample, given how the i7 packs a 6,000mAh battery. The main camera of the device is a 16-megapixel unit, while a 5-megapixel sensor is housed by the top bezel of the smartphone.

Accouterments beyond that include dual SIM slots, 64GB of internal storage, and dual stereo speakers on the back of the device. The power and volume controls are up top when held in landscape orientation for gaming and there's a 3.5mm headphone jack on the bottom of the phone. The Snail Mobile i7 on the showroom floor in Shanghai did not seem to have a dedicated MicroSD slot out in the open, though one of its dual SIM slots may serve double duty in a Hybrid SIM setup. The standard physical gaming buttons are all there and this device will be familiar to anybody who's held a Sony PlayStation Vita, though there's no touchpad on its back, the shoulder buttons are a bit different, and the right joystick has been moved below the buttons. This phone is a successor to the Snail Mobile W3D, with the latter model being the sequel to the iReadyGo Much i5 that launched prior to Snail Mobile's purchase of iReadyGo in 2014.

The device's gaming-focused body may get in the way of everyday tasks just a bit, meaning that the i7 may not be the best choice for remote workers despite its long battery life. Still, those looking to make this their main or only device will find the that the good performance of the Helio X20 processor and the vast amount of RAM allow them to do whatever they may normally do with a phone. While the i7 won't be running cutting-edge games on the highest settings or emulating Nintendo GameCube games, it promises a sublime experience for those who play older games from less powerful consoles through emulators, or stream PC or console games to it using apps like Moonlight and features like Remote Play. Interested parties in China will find the device available for purchase as of July 30 for 1,899 yuan, or around $280. Snail Mobile also stated that it intends to launch the device in other markets; Hong Kong will see it in August, and it could be making its way to the West later this year.