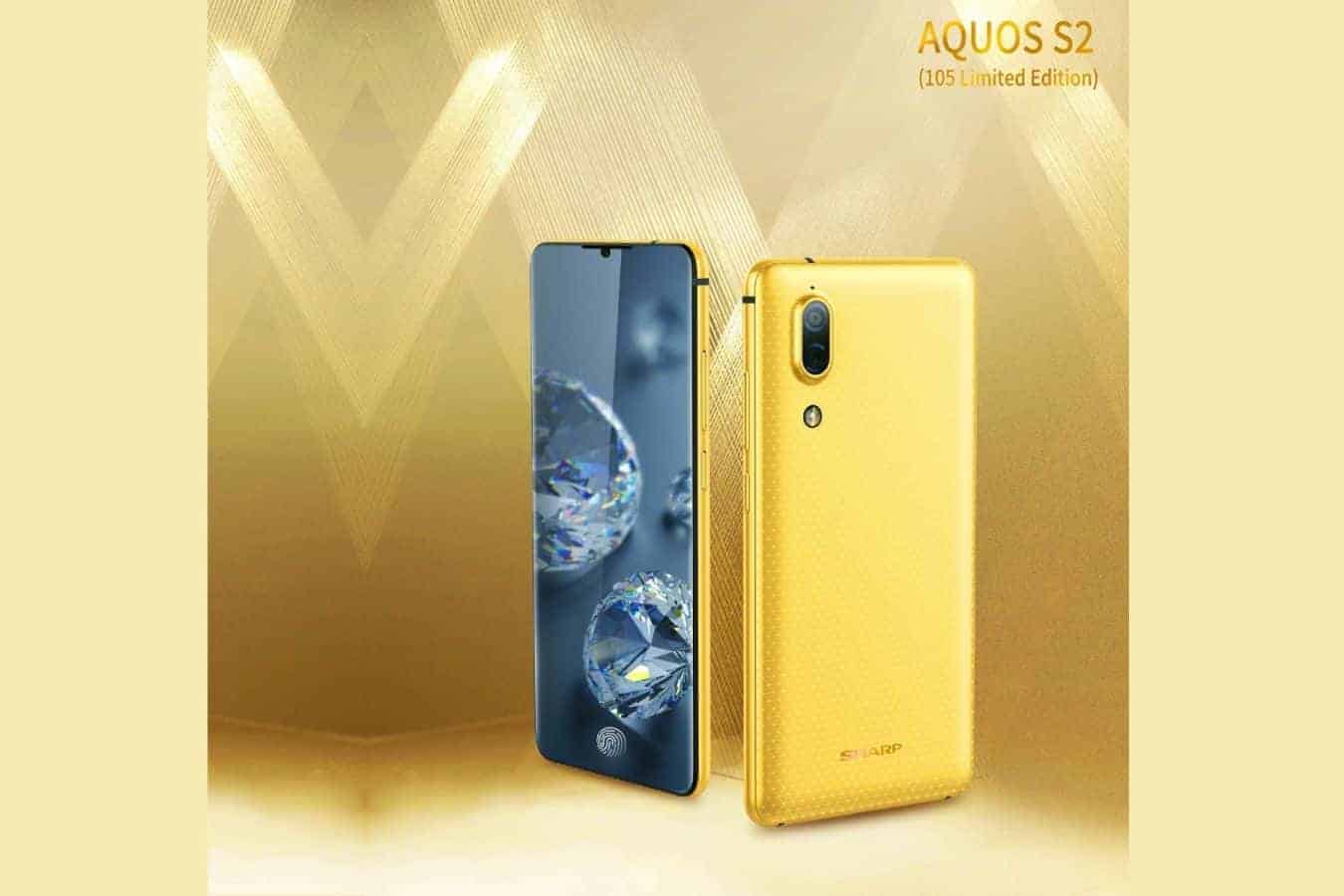 A 3D render of the alleged Sharp Aquos S2 emerged earlier today from the Chinese microblogging website Weibo, showcasing a bezel-less display stretching around all four edges of the device, as well as an in-screen fingerprint sensor. The render in question seems to depict a limited/special edition device called the Sharp Aquos S2 (105 Limited Edition), however, the exterior design closely resembles the Sharp FS8016 which was spotted in a previously leaked render earlier this month wearing a variety of colors, sans gold.

According to the source, the Sharp Aquos S2 (105 Limited Edition) will feature a display with a 4K resolution. The screen should have an aspect ratio of 18:9 similar to the LG G6, and judging by the render at hand it would seem that the display features a small special cutout at the top edge in order to make room for the front-facing camera and earpiece. The smartphone's back panel accommodates a vertically-oriented dual-camera setup complete with a two-tone dual-LED flash, and the only physical buttons – including a power key and volume rocker – reside on the right edge of the phone. But perhaps the most striking feature is the alleged in-panel fingerprint scanner, which seems to be the next best thing expected to emerge from the mobile world. It's been roughly one month since Qualcomm announced its new ultrasonic fingerprint sensor that has the ability to scan a user's fingerprint through a variety of solid materials, so there is a chance that the Sharp Aquos S2 (105 Limited Edition) could employ this technology. On the other hand, some analysts have recently speculated that Qualcomm's in-screen fingerprint scanner might not be ready for the consumer market before the summer of 2018, in which case the render at hand may have been embellished.

With that in mind, it's advised to treat this new information regarding the (105 Limited Edition) with a proverbial pinch of salt. Nevertheless, previous reports have hinted that Sharp is working on two bezel-less smartphones which have been identified by the model numbers "FS8010" and "FS8016," so regardless of whether or not the Sharp Aquos S2 and/or its limited edition variant will utilize an in-screen fingerprint sensor, it will nonetheless employ a modern design and screen aspect ratio, as well as other premium technologies.