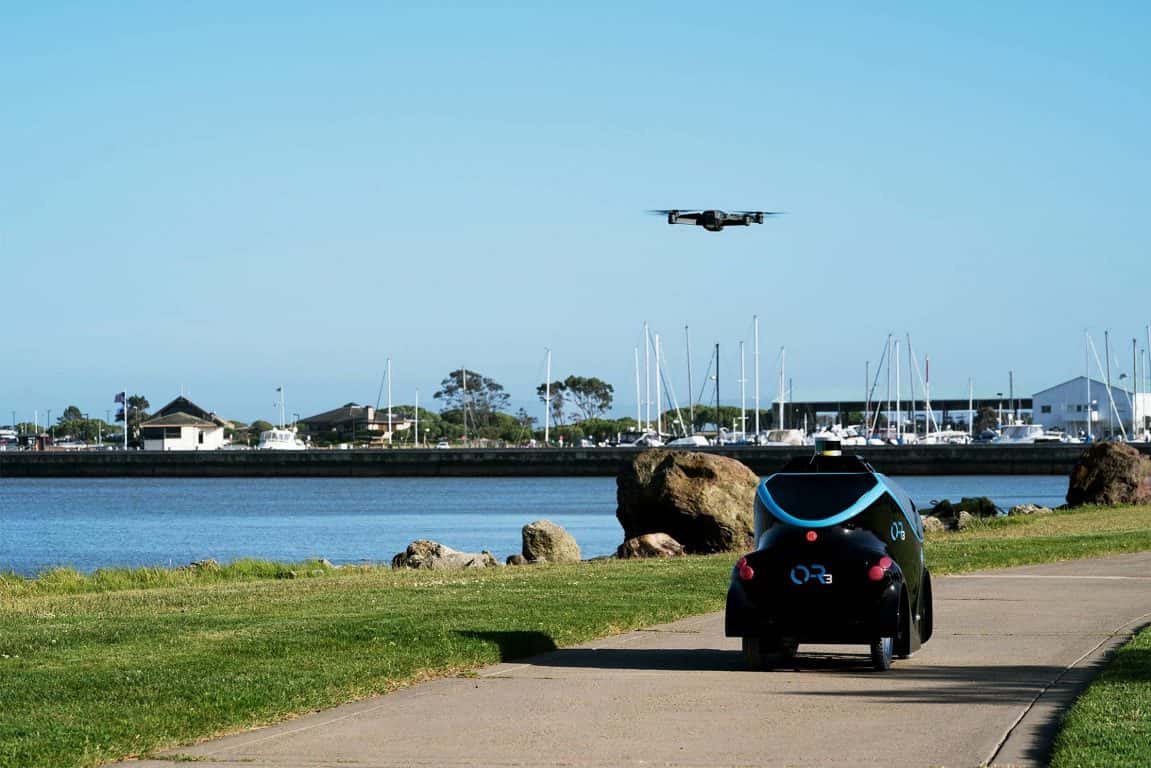 Dubai is planning to deploy a fleet of self-driving robotic police cars built to patrol its streets and identify individuals using biometric software as part of a broader effort to have robots constitute 25% of the nation’s police force by 2030. The news comes months after the country unveiled its autonomous flying taxi. Now by the end of 2017, the driverless robot cars called O-R3 will start to police Dubai’s thoroughfares in order to assist in performing minor enforcement tasks. The hope is for the autonomous cars to help deter crime across the nation using a 360-degree surveillance system offered by the new technology. Dubai Police said the driverless vehicles will be equipped with software tools to scan individuals who might potentially break the law. It can also scan crowds to find persons of interest in different areas of the city. The robotic cars will ship with its own drone that takes off from a rear sleeve. The Dubai Police command room will work to monitor both the self-driving car and the drone.

Manufactured by Singapore-based startup OTSAW Digital, the driverless vehicle is about the size of an electric toy car. It is the world’s first ground-aerial security robot powered by an advanced machine learning algorithm and 3D SLAM technology, according to OTSAW Digital. O-R3 comes equipped with laser scanner, thermal camera, HD cameras, and LIDAR – all in an effort to avoid obstacles as it navigates the road and detect anomalies. For instance, the car’s thermal imaging, facial and license plate recognition, and stereo photography help to access various data. Meanwhile, the 3D and 2D laser scanners, IMU and ultrasonic sensors, GPS, and long range data transmitters also enable specific data to be transmitted. The vehicle is also designed to self-charge once it runs low on energy. O-R3 also has a fleet control center that serves as the central communication system to send all alerts to Dubai Police in real time.

Although the vehicle is automated, OTSAW Digital says that it is also designed to allow for a manual takeover, meaning that security personnel can override the O-R3 manually to control its movements. The system is part of the Smart Dubai initiative. It is worth mentioning that Dubai is the world’s first city to deploy O-R3. Whether the self-driving police car can help deter crimes in Dubai remains to be seen. There’s also the question of whether driverless cars are safer than the ones with human drivers.