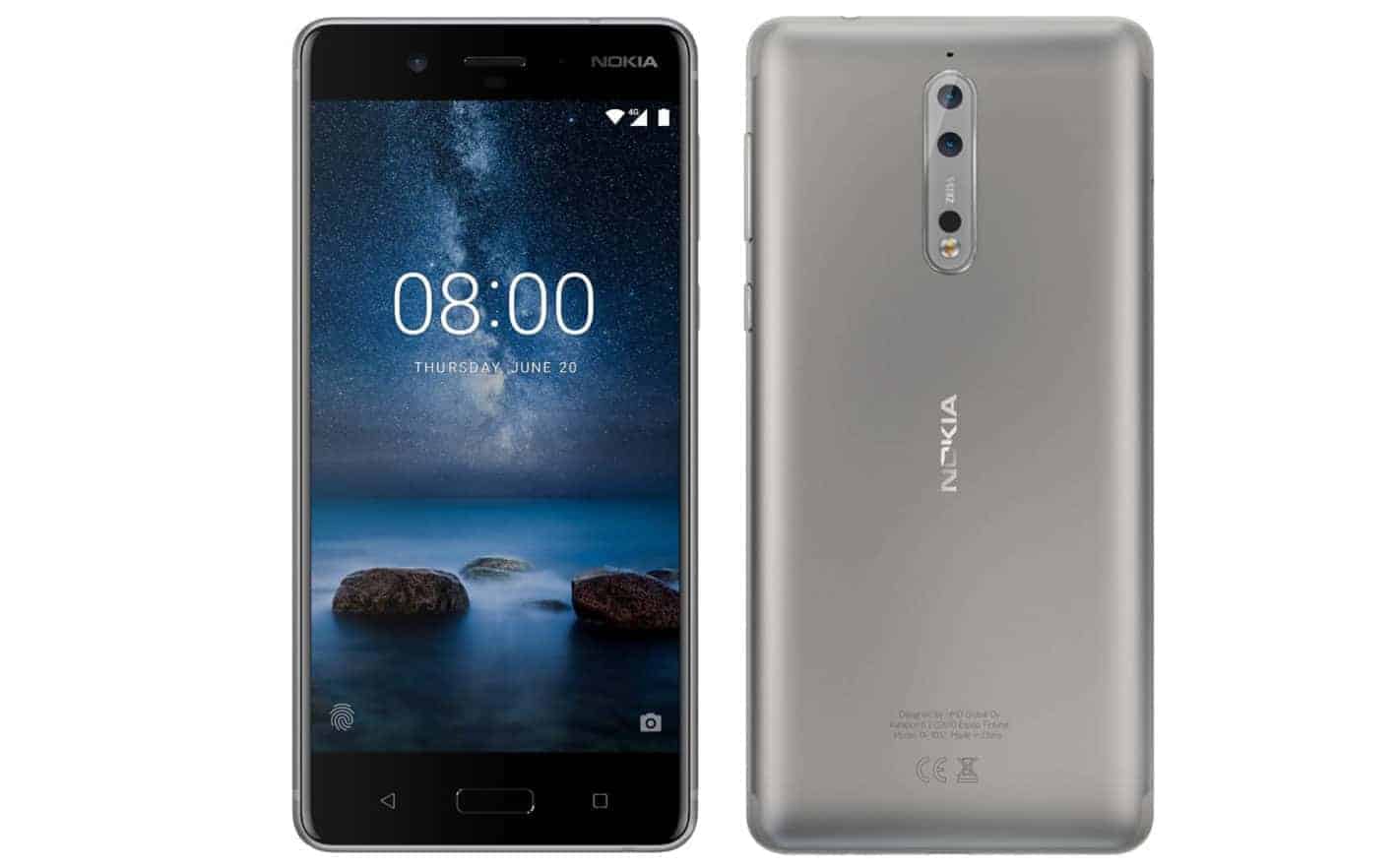 The second complete render of the supposed Nokia 8 leaked online on Tuesday, less than a day after HMD Global Oy's upcoming flagship was initially sighted online in its entirety. Unlike the previous device, the one that can be seen above sports a matte silver finish though it otherwise seems identical to its counterpart with whom it also shares the same model number – TA-1012. The alleged Nokia 8 will seemingly become the first device from the brand to feature a dual camera setup, with the main imaging system of the handset being developed by German optics company Carl Zeiss. The Finnish firm recently announced a major partnership with Carl Zeiss, stating that the two will collaborate on developing cutting-edge mobile imaging solutions that are meant to be featured on a number of upcoming Nokia-branded smartphones, with the Nokia 8 seemingly being the first product of that endeavor.

The rear camera setup of the device consists of two Zeiss lenses arranged in a vertical manner and accompanied by a dual-LED (dual tone) flash. The back side of the phone also features a heart rate monitor and Nokia's regular branding, in addition to revealing that the handset was designed in Finland and manufactured in China. The top bezel of the alleged Nokia 8 houses a single-lens camera module and another piece of Nokia's branding, with a physical Home button being featured on the bottom bezel of the smartphone, together with the Back and Recents system keys. The TA-1012 is said to boast the Snapdragon 835 system-on-chip (SoC) and 6GB of RAM, though HMD is also thought to be developing a variant with 8GB of RAM.

According to earlier reports, the Nokia 8 may launch as early as July 31, which suggests that the handset may be available for purchase in at least some countries by late August or early September. It's currently unclear which markets will HMD Global target with the first Nokia flagship in the brand's post-Microsoft era, though the device will likely be released in the United States in the near future seeing how the Finnish phone maker presumably won't ignore the largest market for high-end smartphones on the planet.