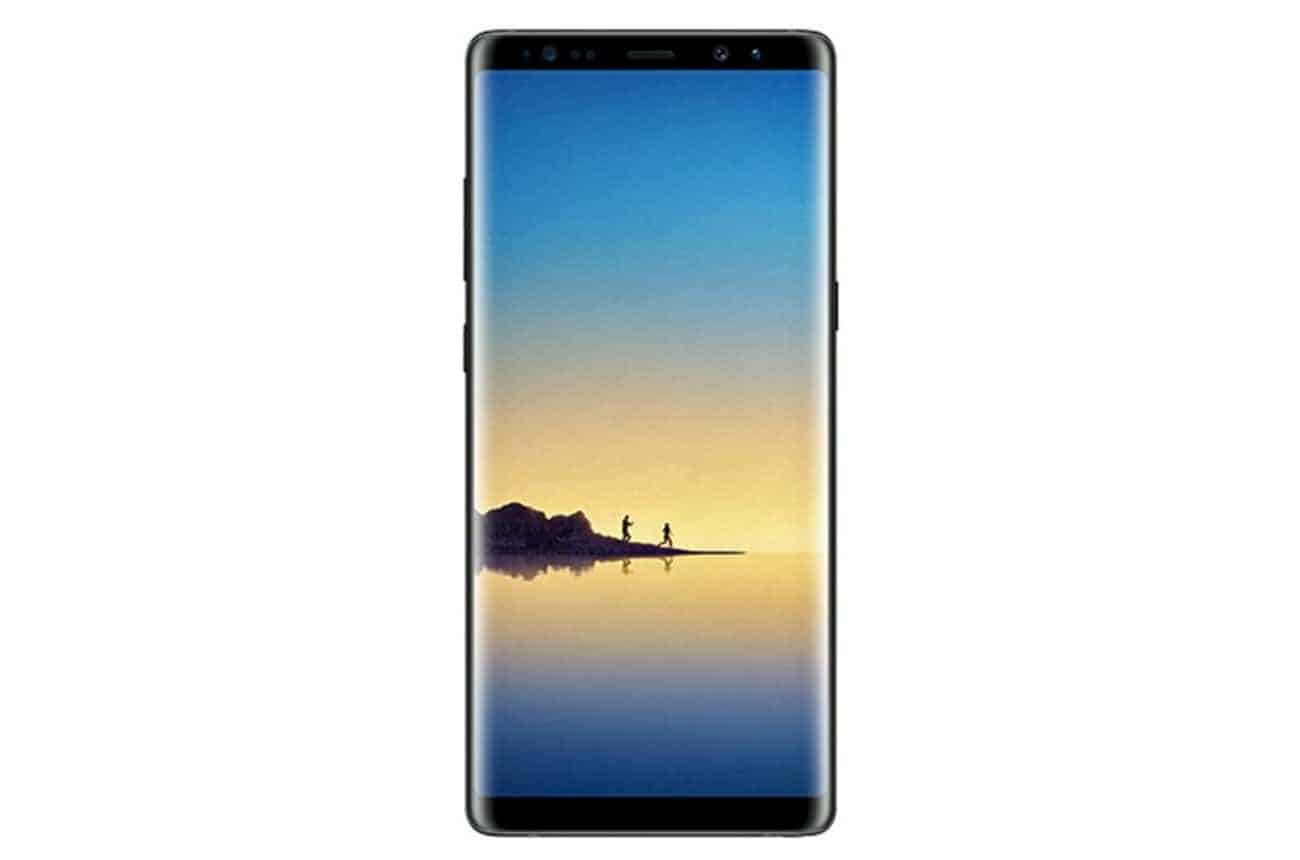 Samsung's Galaxy Note 8 has just leaked in a Midnight Black color. This appears to be a press render of the device and comes from Evan Blass on Twitter, who is commonly known for leaking pictures of some of the most high-profile devices like Samsung's Galaxy S8 and Galaxy S8+ that launched earlier this year. While this is by no means the very first leak of the Galaxy Note 8 in any capacity at all, it is the most recent leak, and it provides a good look at the front side of the device complete with the Infinity Display, the front-facing camera, and bevy of sensors, though conveniently lacking the front fingerprint sensor. That said it's been widely suspected for a while now that the fingerprint sensor would be on the back of the device just like Samsung's two earlier flagships this year, and there have been plenty of leaked images to support this, so this isn't really a surprise.

What is new information is the official name for this particular color of the phone, which is apparently going to be called Midnight Black as mentioned above. This is also only one of a handful of likely color options as Samsung is expected to launch the device in a few different colors altogether.

You can't see the back of the phone as there is only the one image, but you can vaguely see the cutout for the S Pen in one of the bottom corners and you can make out the volume, power, and dedicated Bixby buttons on either side of the phone. Samsung is going to officially announce the Galaxy Note 8 at its next Unpacked for the year, which is due to take place on August 23rd, so the unveiling of the device is only a few weeks away. Other than the Infinity Display, which the exact dimensions of are still unclear, the Galaxy Note 8 is expected to come powered by a Qualcomm Snapdragon 835 processor for the U.S. model while it's likely going to sport an Exynos chip for the international markets. It's also rumored to come with a dual camera module on the back, and come with at least 64GB of internal storage space alongside 4GB of RAM.