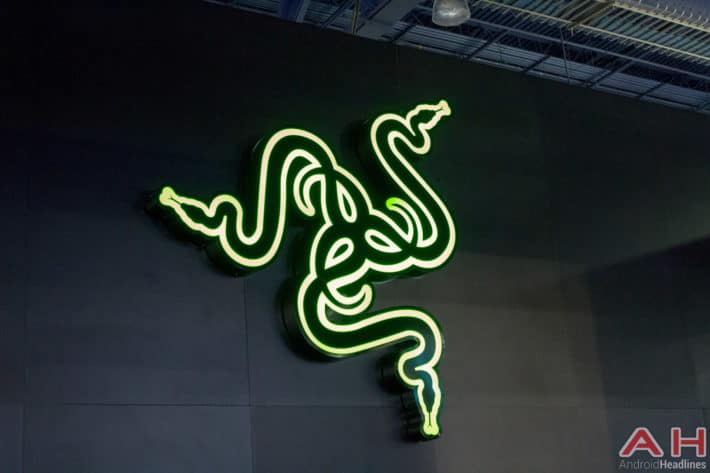 Razer is reportedly working on a smartphone designed with gamers in mind. While not confirmed, the information comes from a new report out of Bloomberg which credits unnamed sources for the details. In fact, the report focuses on the wider speculation that Razer is looking to target an IPO in Hong Kong which will see the business valued between $3 and $5 billion. According to the details, and as part of that filing and valuation, funding will be raised to help the company fund this new gaming smartphone.

Razer is a company that many already do associate with gaming devices and peripherals, so while it might seem strange that the company is looking to try and compete within the already-congested smartphone sector, the fact that this is understood to be a device that is specifically targeting “its consumer base of hardcore gamers” is likely to be less surprising. Not to mention, could prove to be an interesting angle. As while gaming tweaks on the software side of a smartphone will be essential, so will likely the hardware tweaks needed to ensure a smooth and reliable gaming experience on mobile. Suggesting that a gamer-focused smartphone may indeed be a powerful smartphone.

It is also worth keeping in mind that this is not the first time signs of Razer looking to enter the smartphone market have emerged. Back in January of this year, Razer acquired Nextbit. A move which many saw as evidence of Razer looking to add smartphone products to its portfolio. While news on Razer’s smartphone ambitions have remained quiet since then, it was noted that although Nextbit will be owned by Razer, it will continue to function as a standalone business. Therefore, while the acquisition of Nextbit may have little impact on whether a Razer-branded gaming phone makes it to market or not, it does add further support to this report, and the suggestion that Razer is planning to intro a new smartphone in the future. Not to mention, the technologies behind a Razer-branded smartphone and whatever Nextbit has in the works do not have to be mutually-exclusive. Nextbit became known for its emphasis on cloud-based services and arguably, a Razer gaming phone would likely draw on the cloud as one of its features.