Skip to content
Advertisement
Trusted By Millions
Independent, Expert Android News You Can Trust, Since 2010
Publishing More Android Than Anyone Else
25
Today
248
This Week
499
This Month
3555
This Year
121175
All Time
Advertisement After months of delays, it seems that ASUS has finally rolled out the Android Wear 2.0 update to the ZenWatch 2 as one owner of the smartwatch has seen the update themselves and posted proof of it on Reddit. The update is reportedly coming in two waves, with one being slated in July and the other phase being set to begin by the end of July or early August. It was previously reported that Android Wear 2.0 would come to the ZenWatch 2 in the second half of July, and that seems to be the case now. The Sparrow (WI501Q) model of the ZenWatch 2 seems to be the first to receive the update now, though it remains unclear whether the Wren (WI502Q) variant is also receiving the new software package or if it’s only meant to be updated during the second distribution wave.

Android Wear 2.0 was Google’s biggest update for its smartwatch operating system and has been arriving on compatible wearables over the last few months. It is a huge leap from Android Wear 1.6, with a host of new features including a new vertically scrolling app drawer and additional custom watch faces. On top of its revamped user interface, Android Wear 2.0 also includes support for the Google Assistant to help you make the most of Google’s digital companion. The update also supports Android Pay for smartwatches with NFC connectivity capabilities. The feature allows you to make payments by simply tapping the screen of your wearable of choice. Standalone apps also launched with Android Wear 2.0, meaning you can download and install apps directly to your smartwatch now and don’t have to rely on its connection with a phone to use them.

The arrival of Android Wear 2.0 on the ZenWatch 2 comes a week after ASUS released the same software package for the ZenWatch 3. If you own the ZenWatch 2 and have yet to see the latest version of Google’s operating system, you can manually search for it by going to your smartwatch’s Settings app and navigating to the About section, where you can tap the System Updates option to see whether your device is ready to be updated. 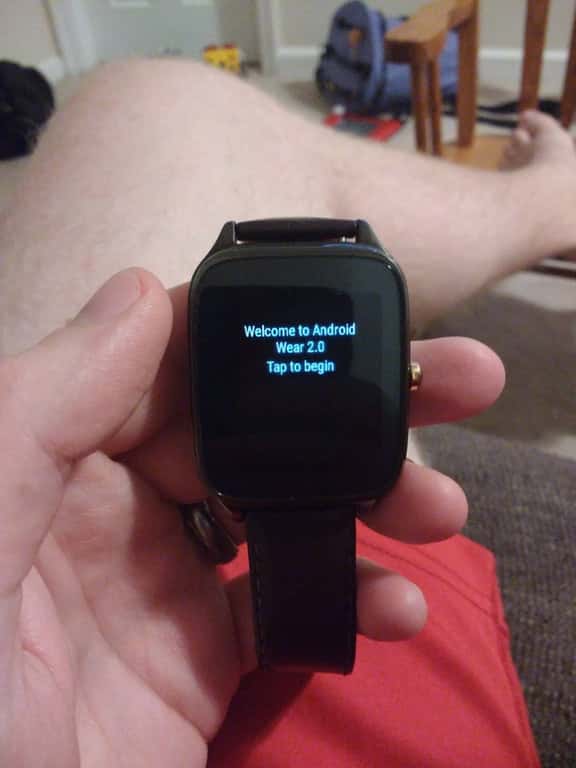