The patent infringement complaint filed by Qualcomm with the International Trade Commission (ITC) against Apple earlier this month contains references to a number of unannounced mobile chips that the San Diego, California-based tech giant is currently developing. The most notable entry on the list that can be seen below pertains to the "SDM845," presumably the Snapdragon Mobile 845, i.e. the company's next flagship system-on-chip (SoC) that is likely planned to be commercialized in 2018. The very same model was already accidentally outed by the tech giant in early May, though the company promptly amended that mistake and removed the listing revealing the existence of the chip from its website.

According to recent reports, the Snapdragon 845 is meant to be manufactured on a 7nm process node and already entered trial production ten weeks ago. The platform itself is said to be developed by Qualcomm and TSMC, with the latter replacing Samsung as the U.S. tech giant's chip partner earlier this year after Qualcomm collaborated with the South Korean firm on a number of products, including the Snapdragon 835 build on a 10nm process that's powering the majority of this year's Android flagships. The development of the Snapdragon 845 reportedly started in April and the chip itself is expected to be ready for mass production by early 2018, insiders previously claimed, adding that the silicon will likely power Samsung's Galaxy S9 lineup. The implementation of the 7nm process node is believed to allow the chip to be significantly more powerful and energy-efficient than its 10nm alternatives which already provided a significant upgrade in terms of performance and efficiency over their 2016 counterparts built on a 14nm process. Previous rumors also implied that the Snapdragon 845 is set to feature the Snapdragon X20 LTE modem, a module with LTE Category 18 support which can achieve download speeds of up to 1.2Gbps and peak upload speeds of 150Mbps. The product was specifically designed for devices operating in conjunction with the fifth generation (5G) of mobile networks and is the first commercially available Gigabit LTE modem, Qualcomm previously said.

Apart from the flagship SoC, the aforementioned complaint also mentions the Snapdragon Mobile 440, a silicon that's presumably meant to be an option in the lower mid-range segment of the market, though it's currently unclear how its performance will compare to that of the Snapdragon 450 that was just announced at the latest iteration of Mobile World Congress (MWC) Shanghai in late June. 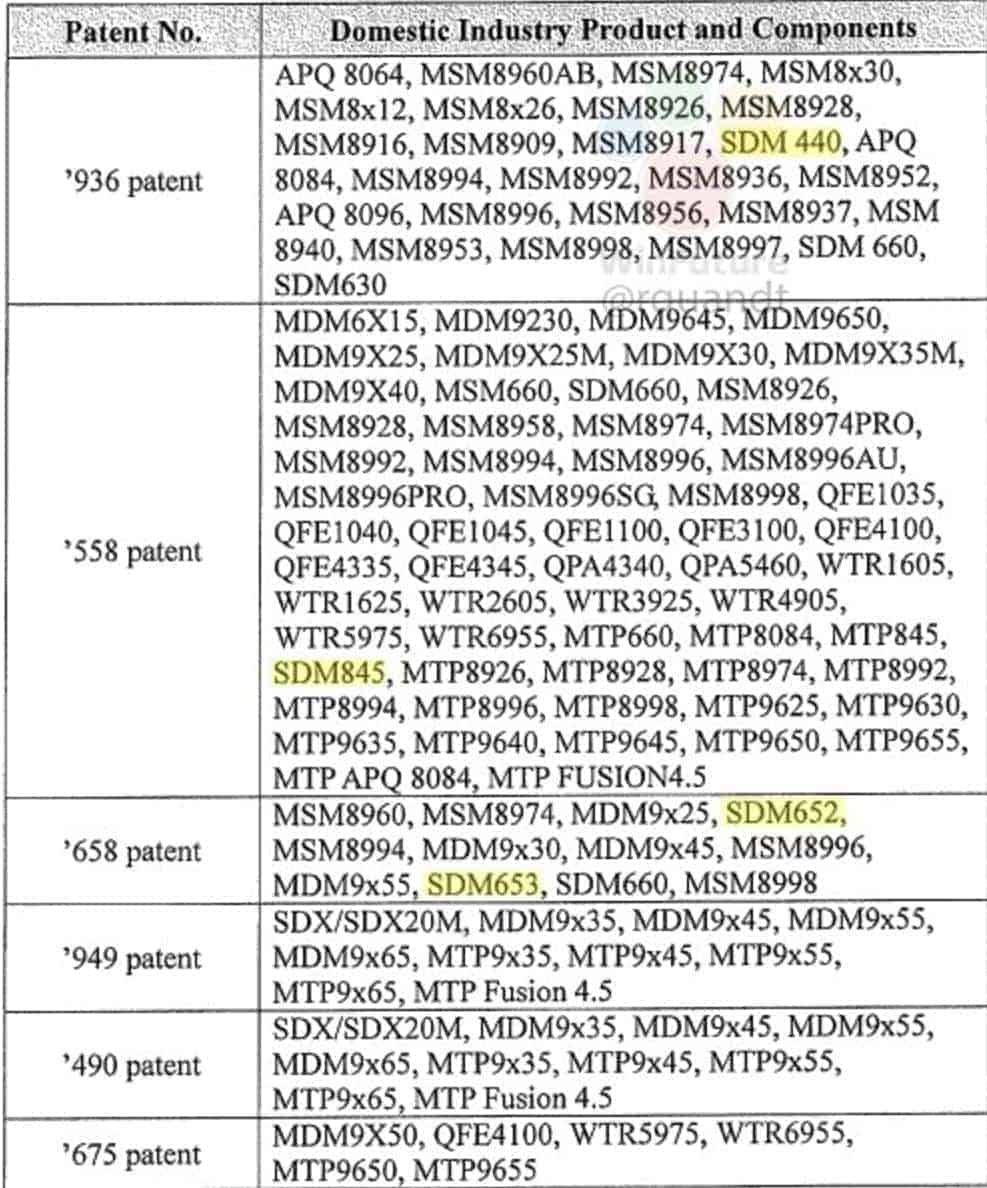 Advertisement
Trusted By Millions
Independent, Expert Android News You Can Trust, Since 2010
Publishing More Android Than Anyone Else
7
Today
35
This Week
415
This Month.
415
This Year
110598
All Time
Advertisement