A device that may be Samsung’s foldable Galaxy X was certified by the Bluetooth Special Interest Group (SIG) earlier this week, as evidenced by a set of documents published by the standards body on Thursday. The product is clearly labeled as a “mobile phone” and bears the model number SM-G888N0 that doesn’t correspond to the South Korean tech giant’s existing handset lineups. The same label was previously spotted in the database of the Wi-Fi Alliance (WFA), with that particular listing indicating that the device was running Android 6.0.1 Marshmallow at the time of its testing and was hence likely an experimental unit not meant for a commercial release.

The newly uncovered certificate doesn’t reveal many details about the possible Galaxy X, save for the fact that the handset supports Bluetooth 4.2. Given how the Seoul-based original equipment manufacturer (OEM) was the first to commercialize Bluetooth 5.0 in the mobile industry with the Galaxy S8 and Galaxy S8 Plus, it’s unlikely that the consumer-ready variant of the Galaxy X would only feature support for the older standard. According to several reports that emerged earlier this year, Samsung sees the first generation of its foldable phones as flagship alternatives and will equip them with all of the high-end specs featured inside its traditional premium lineups, i.e. the Galaxy S and Galaxy Note series. As the main difference between those product families and the Galaxy X one is said to be the form factor, it’s unlikely that the model certified by Bluetooth SIG will ever hit the market.

The South Korean consumer electronics manufacturer already trademarked the term “Galaxy X” in February and will presumably choose to market its upcoming foldable lineup under that name. Recent reports suggest that the first-generation Galaxy X won’t be a truly bendable smartphone and will instead ship with two separate display panels connected with some sort of a hinge, though it’s still unclear how exactly would the handset differ from flip phones in that scenario. No firm details regarding the availability of the Galaxy X have yet been given, with insiders previously speculating that the device will be launched between the third quarter of this year and the first quarter of 2018. 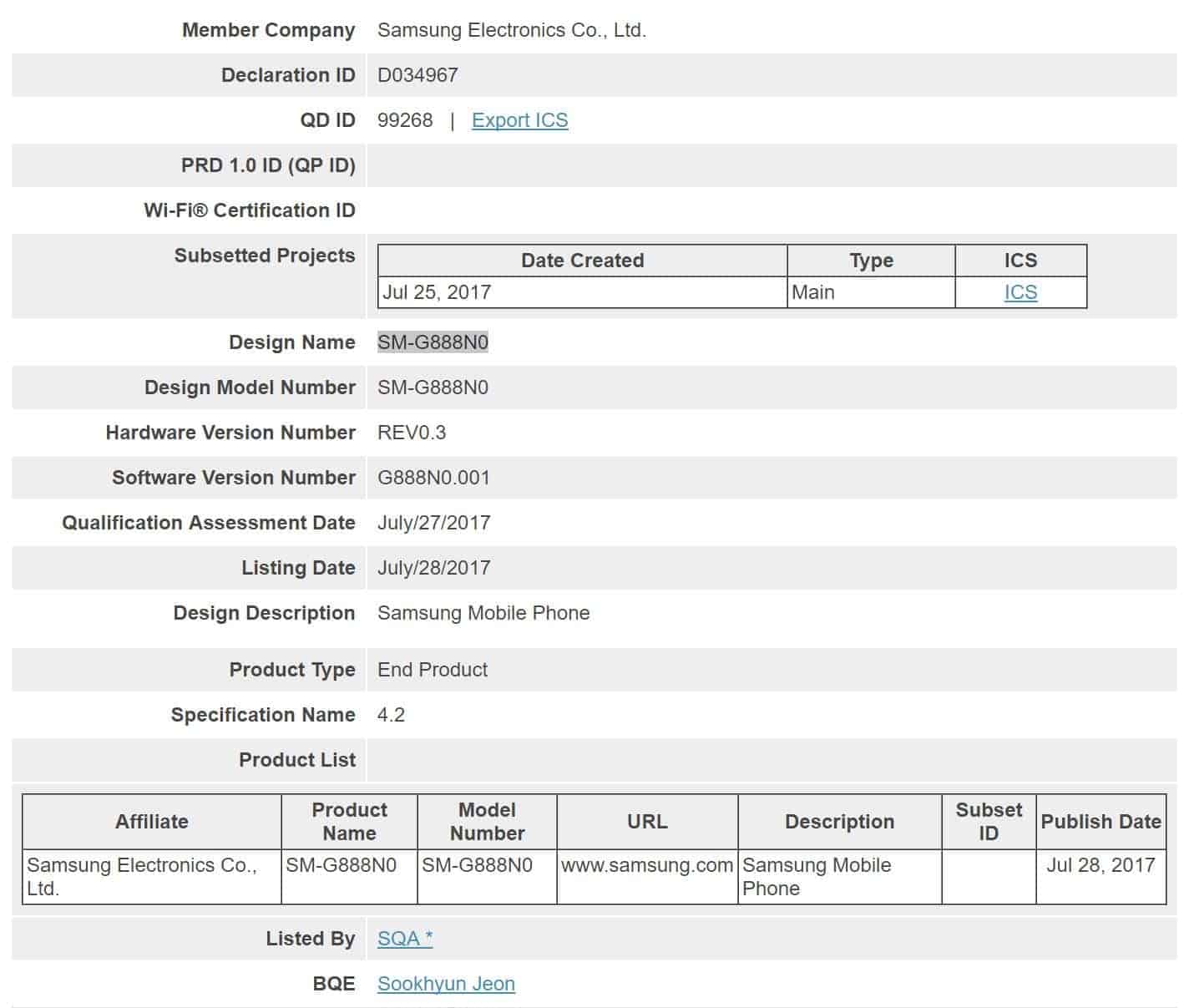