Today, we pit the OnePlus 5 against the Galaxy S8+ to see which one comes out on top. Both are powered by the exact same chip and have very similar footprint, although, the Samsung device has a much larger display compared to its rival. Overall, though, both have received the approval of the global tech media for the most part and, more importantly, have proven to be massive hits among their respective fans. So it will certainly be a close contest between the two in our head-to-head, especially, because both have their own pros and cons. So without further ado, let’s compare the two devices and see which one wins this bout. 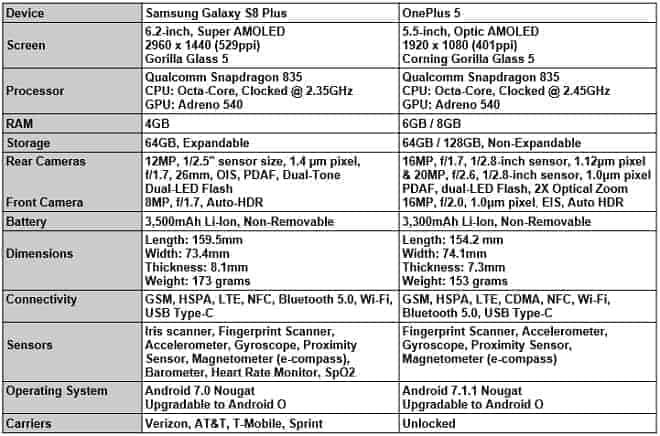 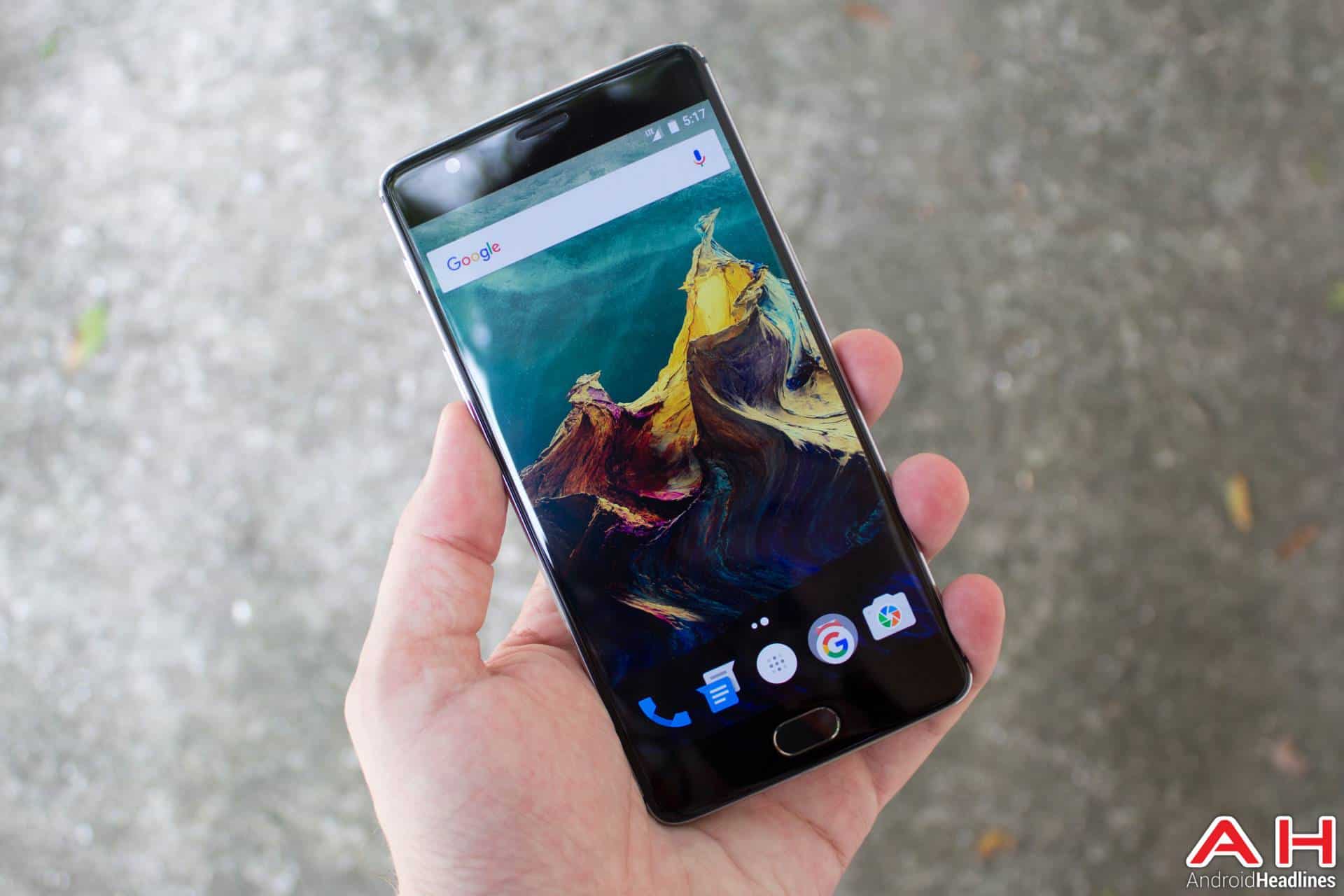 The OnePlus 5 has been one of the most talked-about smartphones this year, and while many people have expressed their reservations about the device’s looks because of its unmistakable resemblance to the iPhone 7 Plus, the fact still remains that it is only a minor irritant for what is, in essence, a flagship phone at the price of a premium mid-ranger. The device comes with great build quality and cutting-edge hardware, including the Qualcomm Snapdragon 835 SoC that comes with an integrated 64-bit CPU with eight custom Kryo cores. While four of those cores are clocked at 1.9GHz, the other four are clocked significantly higher at up to 2.45GHz. The chip also incorporates the Adreno 540 GPU for all its graphics processing needs. In terms of memory and storage, the device comes in two different versions – one with 6GB of RAM and 64GB of internal storage, and another, with 8GB of RAM and 128GB of built-in storage.

In terms of photography, the OnePlus 5 ships with a dual-camera module on the back with gyro-based EIS and a dual-LED flash. As part of the dual-cam setup, you get a 16-megapixel Sony sensor with an f/1.7 aperture on the one hand and a 20-megapixel sensor that’s paired with an f/2.6 telephoto lens on the other. The front-facing camera on the OnePlus 5 comes with a 16-megapixel sensor with 1.0μm pixels and a lens that has an f/2.0 aperture. Both the front and the rear cameras can take 1080p videos, but while the front-facing camera can only do 30fps, the rear-facing module can actually shoot full HD videos at up to 120fps and 4K videos at 30fps.

Connectivity features on the OnePlus 5 include Wi-Fi 802.11 a/b/g/n/ac, Wi-Fi Direct, DLNA and Bluetooth 5.0, while cellular connectivity includes support for 34 different frequency bands. The device also supports GPS with A-GPS and GLONASS, while sensors include a fingerprint scanner, an NFC chip, an accelerometer, a gyroscope, a proximity sensor and a magnetometer. The device ships with a USB Type-C port for charging and data syncing, but also keeps the 3.5mm audio port for backwards compatibility with older headphones and audio systems. The OnePlus 5 comes with Android 7.1.1 Nougat pre-installed in the form of Oxygen OS, and carries a non-removable 3,300mAh battery. The device measures 152.2mm in length, 74.1mm in width and 7.3mm in thickness while weighing in at 153 grams. 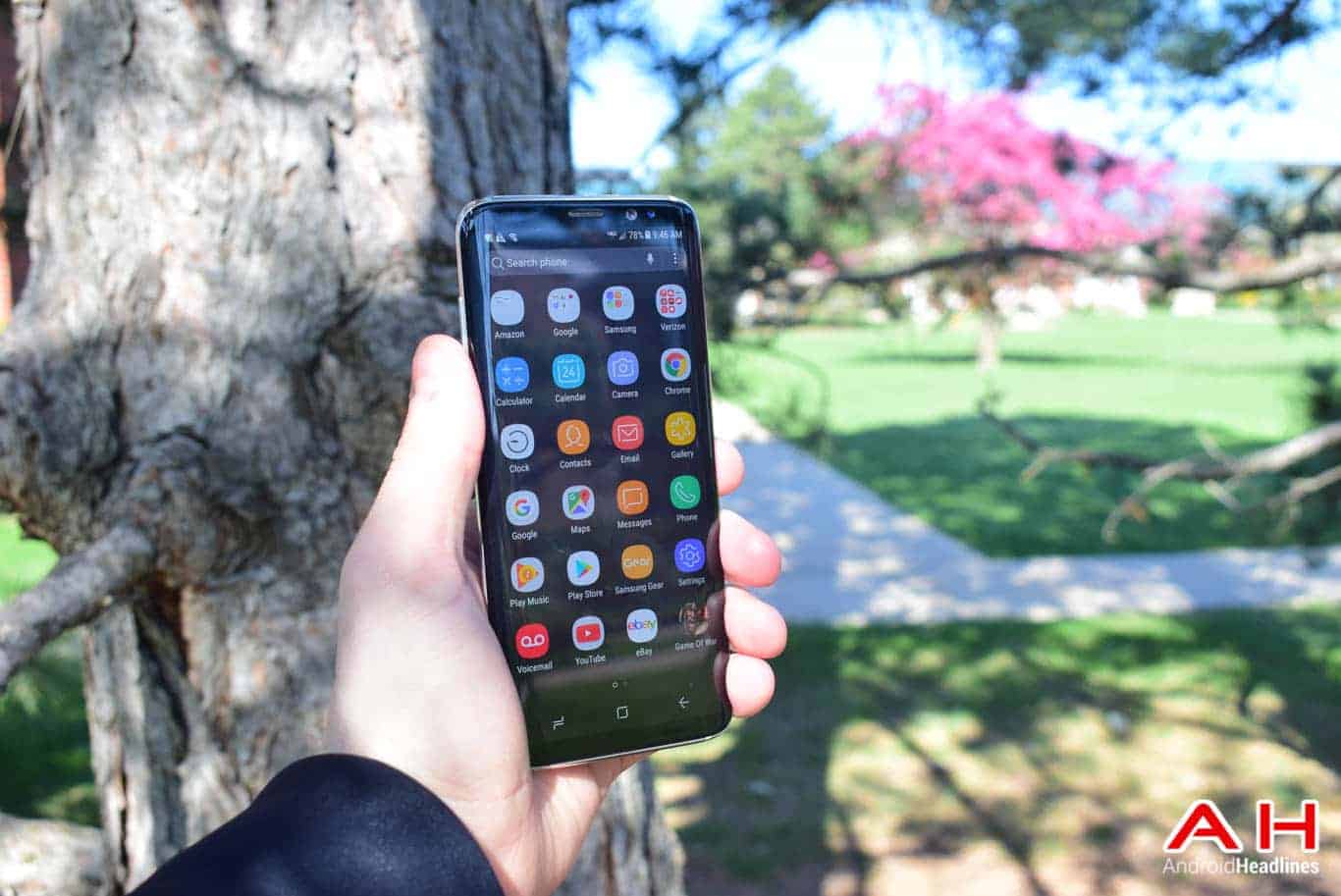 The Galaxy S8+ is the larger of the two flagship smartphones Samsung launched earlier this year. The device ships with a massive 6.2-inch display, but has a much smaller footprint than devices with significantly smaller panels, mainly on account of its ‘Infinity Display’ that comes with a much more elongated profile than is usually the case with most mainstream smartphones. While most handsets ship with 16:9 displays, the 6.2-inch Super AMOLED WQHD+ (2960 x 1440) panel has an aspect ratio of 18.5:9, and is protected by Corning’s Gorilla Glass 5. Also worth noting here is how Samsung has managed to almost completely get rid of the side bezels, further reducing the total size of the device, thereby making a 6.2-inch smartphone feel akin to a standard 5.5-inch one. Either way, the device doesn’t only have a great display on the outside, but also high-end hardware on the inside that has made it and its smaller sibling, the Galaxy S8, best-sellers over the past few months.

Talking about high-end hardware, the Galaxy S8+ is powered by Qualcomm’s Snapdragon 835 SoC in the U.S. and Samsung’s own Exynos 8895 in most international markets. While the Qualcomm chip comes with an integrated 10μm CPU with 8 Kryo 280 cores clocked at a maximum of 2.35GHz, the Exynos SoC has an integrated octa-core CPU with four cores clocked at 1.7GHz and four cores at 2.3GHz. As for the GPUs, the Snapdragon 835 comes with the Adreno 540, while the Exynos 8895 has a Mali-G71 MP20. The Galaxy S8+ packs 4GB of LPDDR4 RAM and has 64GB of built-in UFS 2.1 storage that can be expanded by way of a microSD card of up to 256GB in capacity.

Imaging options include a rear-facing Dual Pixel 12-megapixel sensor and a front-facing 8-megapixel sensor, both of which have an f/1.7 aperture. The primary camera offers PDAF, auto HDR, optical image stabilization (OIS) and an LED flash, while the secondary camera comes with auto-focus and auto HDR. The device also comes with IP68 certification and carries a 3,500mAh battery. On the software side of things, the Galaxy S8+ ships with Android 7.0 Nougat and has Samsung’s very own voice-based AI assistant, Bixby. The device measures 159.5mm in length, 73.4mm in width and 8.1mm in thickness, while weighing in at 173 grams. 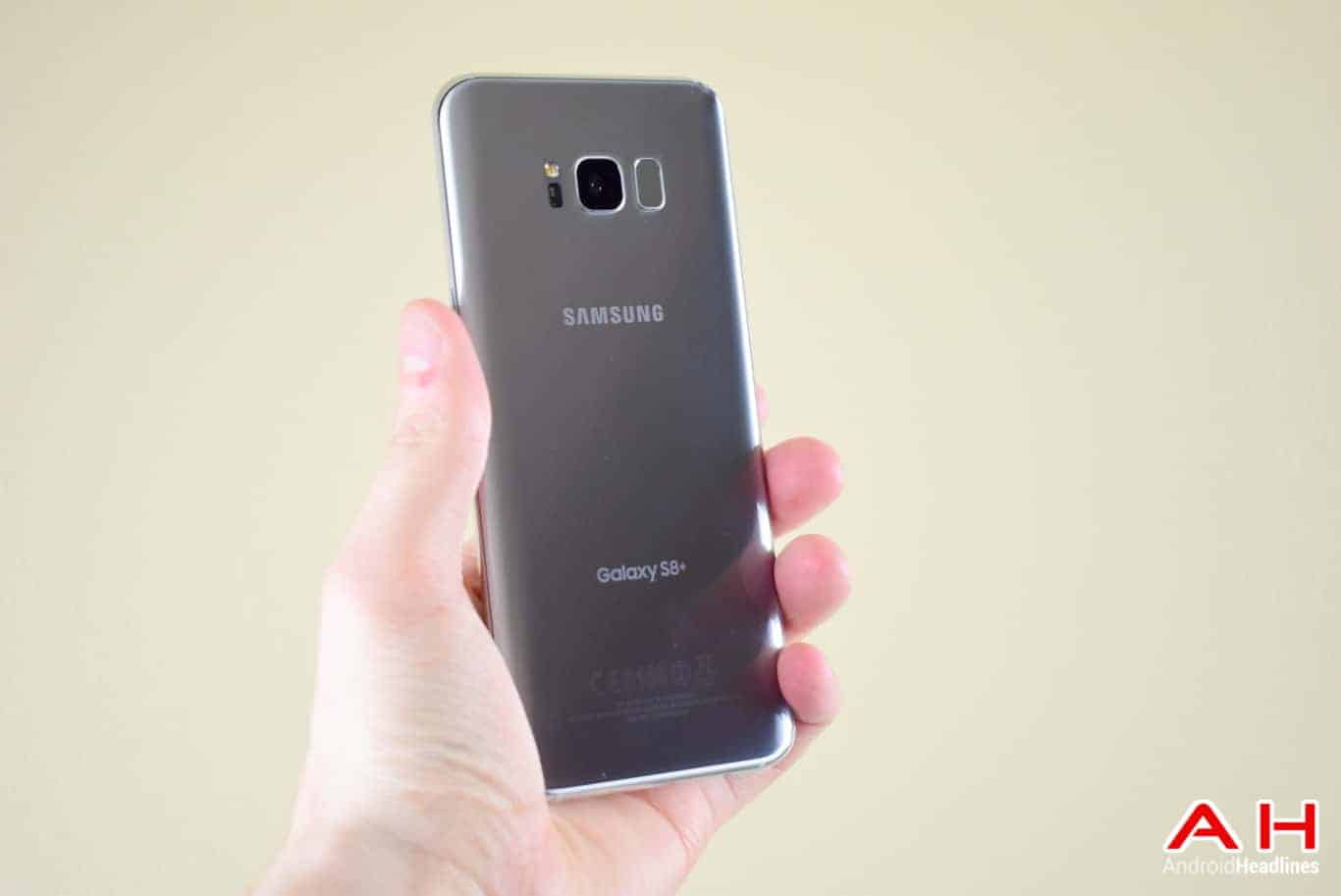 Both the OnePlus 5 and the Galaxy S8+ have their own strengths and weaknesses, but in the end, it came down to innovation. Sure, Samsung is definitely asking for its pound of flesh for its innovative new flagship, but the futuristic looks, the curved Infinity Display, the iris scanner and the IP68 certification, not to mention Bixby and the DeX dock, wins it for the South Korean multinational. The OnePlus 5, for its part, held its ground admirably against the onslaught of its more fancied opponent, but was outgunned in virtually every department, as was to be expected. The device still represents one of the best value-for-money smartphones available in the market today, but doesn’t really bring anything to the table that’s on the bleeding edge of innovation. Which is why, in spite of the significantly higher price-tag of the Galaxy S8+, the device wins our comparison hands down.