You’ve probably heard of the ‘Jelly Effect’ that has been mentioned recently when it comes to the OnePlus 5, well, it seems like an inverted display is to be blamed here. Some users started reporting that they’re seeing weird effect while they’re scrolling, the so-called ‘Jelly Effect’. Now, OnePlus claimed that the Jelly Effect is completely natural, an animation which is a part of the company’s plans for the OnePlus 5. Well, that may as well be the case, as the display is inverted, and that is a natural occurrence when it comes to inverted displays.

So, as already mentioned, OnePlus actually planned this, inverted displays in OnePlus 5 units are not a coincidence, all of them feature such displays, and it seems like the design is to blame for this. OnePlus was forced to move the display’s controller to the bottom of the display, as it did not have enough room in the upper portion of the phone’s, due to the dual camera setup and antennas, which is, coincidentally, the same setup Apple used on the inside of the iPhone 7 Plus. Now, it’s worth noting that the OnePlus 3 and OnePlus 3T sport such a display controller as well, but it’s positioned differently on the inside of those two phones, it’s placed in the upper portion of the phone, so OnePlus was not forced to invert the display on those two phones. Now, the positioning of the OnePlus 5 display’s controller is nicely pictured in the provided image (down below), just in case you’re interested in checking it out.

So, there you have it, OnePlus knew about Jelly Scrolling, and it seems like the company didn’t think this is a big issue, it probably did not expect that so many people will make a big deal about this. Well, Jelly Scrolling is not a huge issue, well, it all depends on how irked are you by it, but if you don’t mind it, the OnePlus 5’s display works great otherwise, nothing’s wrong with it, and it should not affect the performance of the device in any way. It seems, however, that OnePlus will not be able to fix Jelly Scrolling due to the inverted display, so if you’ve purchased the OnePlus 5 already, you’ll have to get used to the Jelly Scrolling effect, or sell the phone if you’re unable to do so. 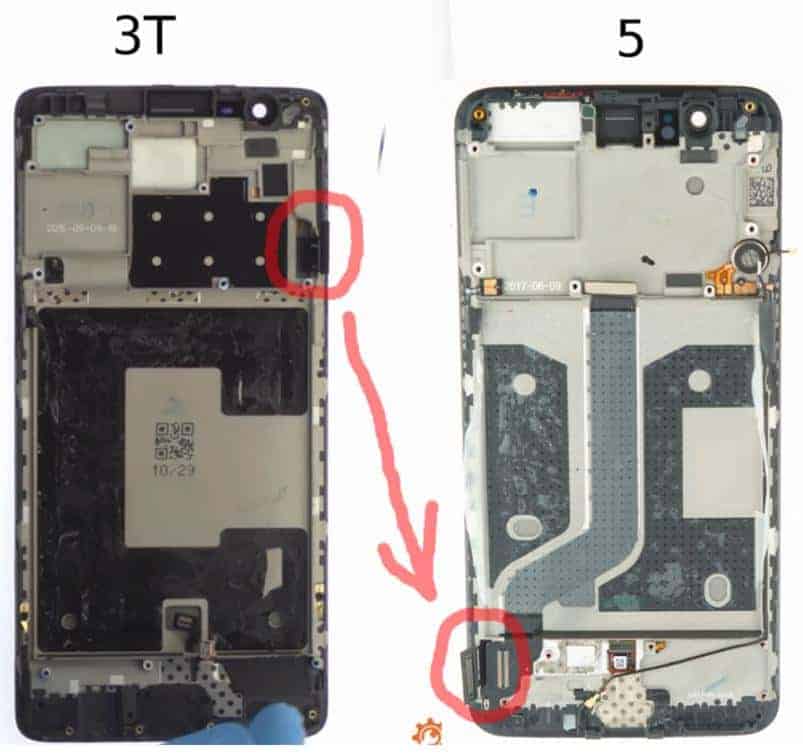