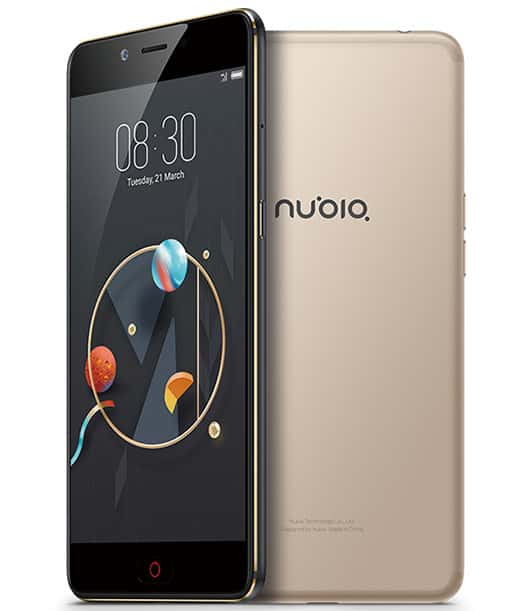 Nubia had introduced the Nubia M2, Nubia M2 Lite and Nubia N2 smartphones back in March, and the Nubia N2 has just surfaced on Amazon India. That's not all, though, as Nubia India's official Twitter page basically confirmed that the phone will be launched on July 5, which is two days from now. This probably means that the company will host a press conference in order to announce this device, though it could also mean that the phone will become available for purchase on July 5, who knows, maybe both instances are correct.

In any case, the Nubia N2 was originally announced in China, and this is Nubia's mid-range smartphone which is expected to be really affordable in India, though Amazon India still did not share its price point. Now, this phone also packs in a huge 5,000mAh battery which should be more than enough to power this phone's 5.5-inch 720p (1280 x 720) AMOLED display and the MediaTek MT6750 64-bit octa-core processor which is fueling this device. This SoC is clocked at 1.5GHz, and it comes with the Mali T860 GPU for graphics rendering. The Nubia N2 packs in 4GB of LPDDR3 RAM and 64GB of eMMC 5.1 flash storage, which you can expand via a microSD card slot up to 128GB. Android 6.0 Marshmallow comes pre-installed on the Nubia N2, and on top of it, you're getting Nubia's Nubia UI 4.0 skin. There are two SIM card slots included in this phone, and we're looking at a hybrid setup here, which means you can use the second SIM card slot either to include a secondary SIM in there, or to expand the phone's storage via a microSD card, a separate microSD card slot is not available here.

A 13-megapixel shooter (f/2.2 aperture, PDAF) is placed on the back of the Nubia N2, and a 16-megapixel camera (f/2.0 aperture, 5P lens) can be found on the front side of this device, which is also why the device is referred to as 'selfie phone' in some circles. A fingerprint scanner is located below the phone's display, and it doubles as a home key. This phone's battery comes with fast charging support, and you'll also find the AW8738 amplifier (for audio) in this smartphone. The device measures 155 x 75 x 7.9mm, while it weighs 180 grams. The Nubia N2 comes in Black with Gold and Champagne Gold color variants, and it costs 1,999 Yuan ($294) in India, and its price point will be similar in India as well, it might be a bit more expensive, though. 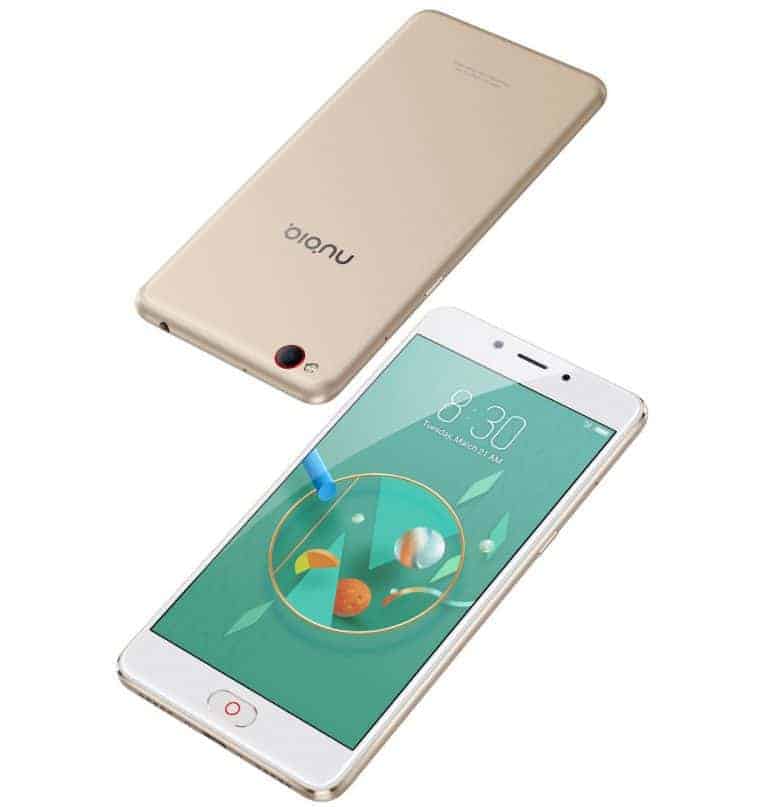