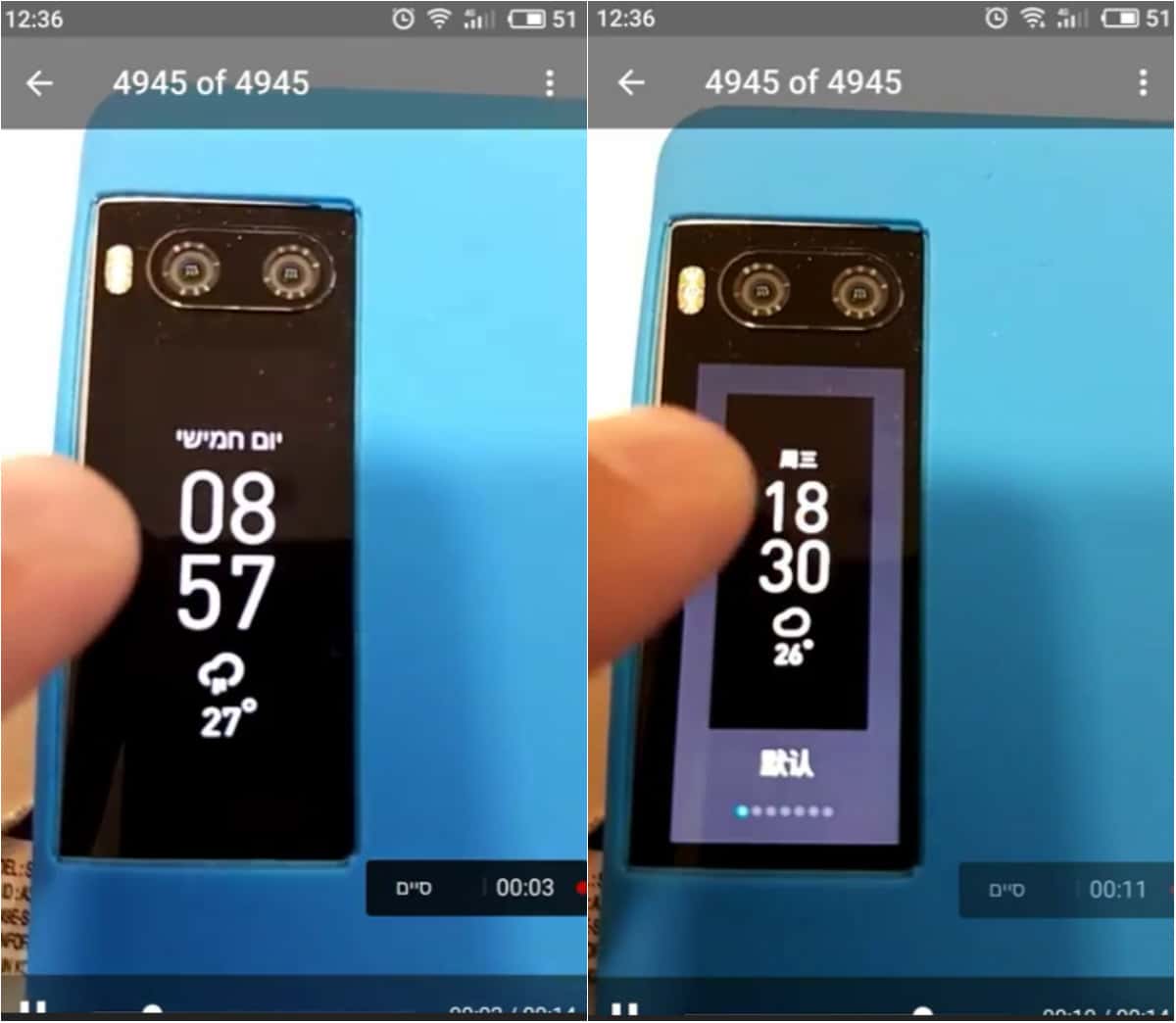 The Meizu PRO 7 and Meizu PRO 7 Plus got certified by TENAA earlier today, and one of the two phones just surfaced in a new video, though you will need to head to the source link (linked below) in order to check it out. Now, we're not sure if this is the regular PRO 7, or the 'Plus' variant, as they look almost identical and this video is showing us only the secondary display on the back, and both those phones will sport such a panel. In any case, this video is giving us a chance to check out Meizu PRO 7's secondary display in action, read on.

This short video clip proves this is a color display, and that it's responsive to touch input. Meizu actually confirmed that we're looking at a color display a couple of days ago, so this is not exactly anything new. In any case, this video proves that you'll be able to double tap that secondary panel in order to activate it, while you'll be able to set different widgets to be active on this display. In addition to that, you'll be able to swipe through those widgets in order to access more info. For example, one widget will show you the weather, while the other one will be fitness oriented, and so on. Now, this display will also be able to show you your notifications, though that particular feature was not shared in this video. In addition to that, you'll be able to clone your main panel on this display, at least according to previous rumors and leaks.

Meizu will introduce these two phones on July 26, the company actually confirmed that recently, and it seems like both devices will be fueled by the Helio X30 64-bit deca-core SoC by MediaTek, even though one rumor suggested that the regular PRO 7 model will ship with the Helio P25 64-bit octa-core processor. The Meizu PRO 7 is expected to sport a 5.2-inch fullHD AMOLED panel up front, while the Meizu PRO 7 Plus will probably come with a 5.7-inch QHD AMOLED display. Both Meizu PRO 7 phones will sport a dual camera setup on the back, and chances are that both phones will ship with Android Nougat out of the box, with Meizu's Flyme OS skin.