New Release Radio is coming to all Google Play Music users. In a blog post today Google announced the details of this new feature extending to everyone, mentioning that the rollout of the feature is beginning this week, albeit without stating any exact time frame for the length of the rollout, meaning that it’s unclear how long it will take before the feature is visible to all users. On that note, it does appear that New Release Radio is available from the Google Play Music web player, but it doesn’t look like the feature is available in the Play Music app just yet. It could however be available through the app for some users so if you were hoping to check it out open the app and see if it’s there. With that said, if you aren’t able to find New Release Radio in the app natively, it’s simple enough to get it to appear, as all you have to do is add it to your music library from the web player, after which you can open the Play Music app and see it in your library of available radio stations.

New Release Radio is a mix of newly released songs that are personalized and tailored to each individual user, so if you’re listening to it you can expect the songs to fall along the lines of music you are either already listening to or which is similar to other stuff you enjoy. The feature utilizes machine learning to analyze the songs you already listen to, and it takes that data and creates the personalized radio station based on song choices over the previous two-week period. This includes music that are both singles as well as full album releases so it should be a pretty eclectic mix of music.

New Release Radio is updated daily according to the station listing description so it should never end up feeling stagnant or boring, especially if you’re listening to plenty of albums and singles, as this will give the station even more music to pull in. Google initially launched New Release Radio as an exclusive feature for the Galaxy S8 and Galaxy S8+, at least it was thought to be exclusive at the time. In reality it was more of a timed exclusive as Google notes that the launch on those two devices was simply an early access program that it used to gain feedback from users before rolling it out to everyone. New Release Radio was also accessible by some users from a non-Samsung device as early as June 21st, so this isn’t the first time some users will have gained access to it. 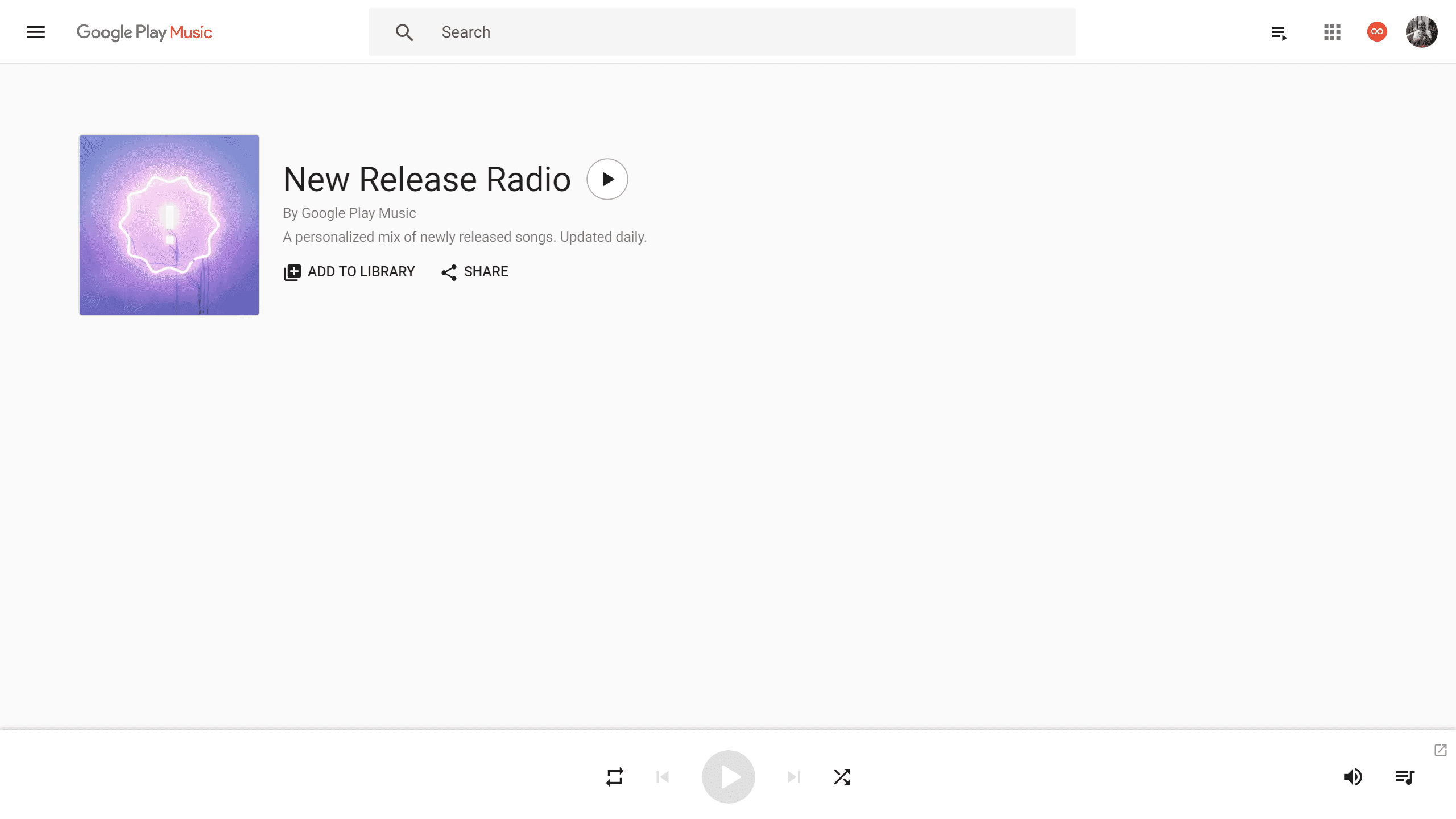