Motorola’s Chinese website appears to have revealed a number of new Moto Mods due to be launched in the near future. Ever since Motorola launched its Moto Z line last year, Moto Mods have slowly been evolving into a standalone ecosystem, with the company even confirming plans to announce at least 12 new accessories this year. Four Moto Mods have been announced so far, but the official Mods page on Motorola China’s site appears to have unveiled what could be the next three accessories.

According to the posting that has been removed by now, Motorola has plans for an e-ink display Mod, portable printer Mod, and even a Lego Mod. In regards to the e-ink display one, it will likely add a large secondary display panel to the rear side of the device, therefore offering a similar setup to the YotaPhone 3 or even Meizu’s upcoming Pro 7. The portable printer Mod has a relatively self-explanatory name as it should allow consumers to print their photos on the go. This Mod is likely to be pretty popular among millennials due to the resurgence in Polaroid-style pictures over the past few years. Perhaps the oddest Mod of the three is the Lego one which is still a complete mystery, with the Lenovo-owned original equipment manufacturer giving no concrete details on the accessory. It’s unknown when any of those new Mods will be officially announced, but considering that Motorola previously confirmed it will be holding an event in New York City in late July, it’s highly possible that the firm will use that opportunity to unveil at least some new Moto Mods.

Earlier this year, the OEM debuted the new Moto gamepad, JBL SoundBoost 2, 360º Camera, and the TurboPower battery mod. It’s clear that Motorola is very serious about its line of Moto Mods and will be pushing them even more aggressively once the company’s Moto Z2 Force flagship is announced. Until then, though, the company’s marketing efforts seem to be focused on the Moto Z2 Play and its Moto Mods compatibility. It remains to be seen what Mods the company decides to announce at its New York event but more details on the matter should follow shortly. 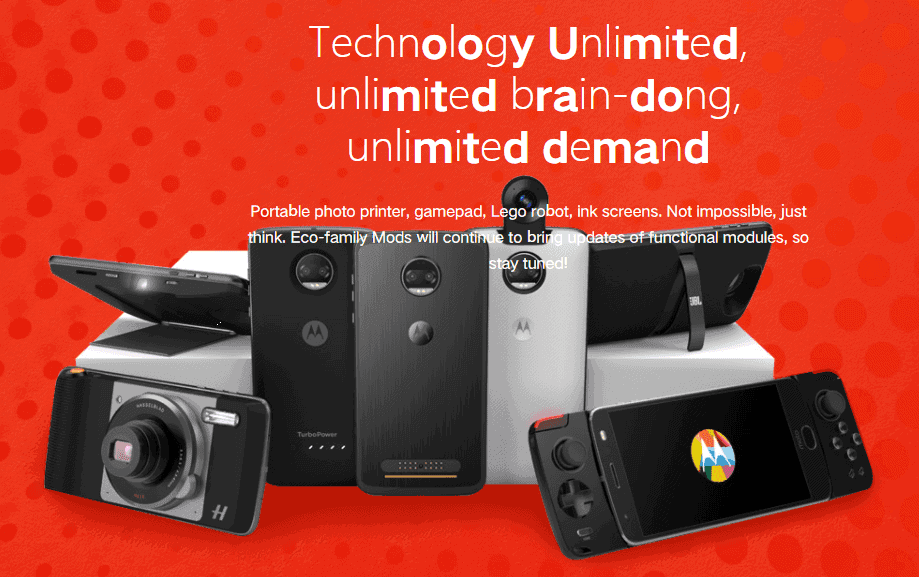