The Moto Z2 Force is seemingly nearing its first day of market availability, and according to recent reports, the device in question could be planned for an official unveiling on July 25. In more recent news, however, the hardware specifications of the Moto Z2 Force seem to have been disclosed (and reconfirmed) in part by benchmarking tool AnTuTu, where the device has been identified as the “Motorola XT1789-05.”

According to the data gathered by the benchmarking tool, the Moto Z2 Force will be equipped with the Qualcomm Snapdragon 835 system-on-chip (SoC) which houses the Adreno 540 graphics chip as well as an eight-core CPU comprised of two quad-core Kryo 280 processors in a big.LITTLE configuration. AnTuTu also reveals that the Moto Z2 Force “XT1789-05” accommodates a generous QHD display with a resolution of 2560 x 1440, and houses 6GB of RAM along with 128GB of internal memory. Last but not least, the device is apparently equipped with a 12-megapixel main camera and a 5-megapixel front-facing sensor, however, it’s worth noting that previous leaks and rumors have indicated that the Moto Z2 Force could employ a dual-camera setup complete with a dual-LED (dual tone) flash. In any case, the device runs Android 7.1.1 Nougat out of the box and as far as benchmarking performance is concerned, it scores around 168,000 points in AnTuTu, which is on par with the usual expectations surrounding the Snapdragon 835 chipset.

The Moto Z2 Force is expected to offer support for Moto Mods and according to a recent leak, it should hit the market in the United States through local carrier AT&T. Only time will tell exactly when the device will be available for purchase, but nevertheless, Motorola Mobility is expected to hold a press event in New York City on July 25 called #hellomotoworld, and while there are no concrete details as to what new gadgets will be showcased on stage, it’s very likely that the Moto Z2 Force will be one of the show's main attractions. Since the event will take place in the United States, it’s possible that Motorola will be able to shed more light on the smartphone’s availability in the country through AT&T. 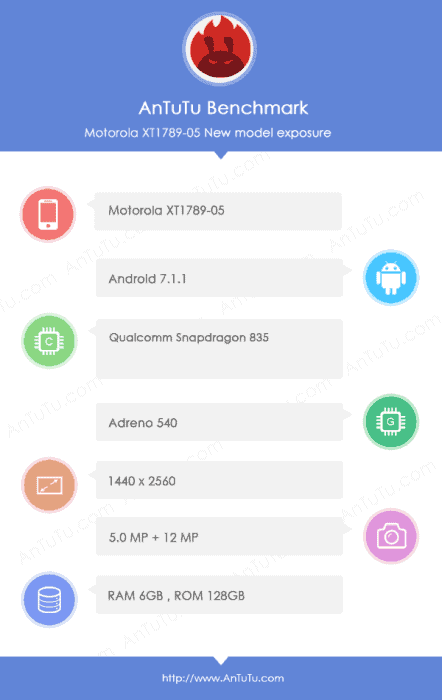 Advertisement
Trusted By Millions
Independent, Expert Android News You Can Trust, Since 2010
Publishing More Android Than Anyone Else
30
Today
30
This Week
571
This Month.
571
This Year
110733
All Time
Advertisement