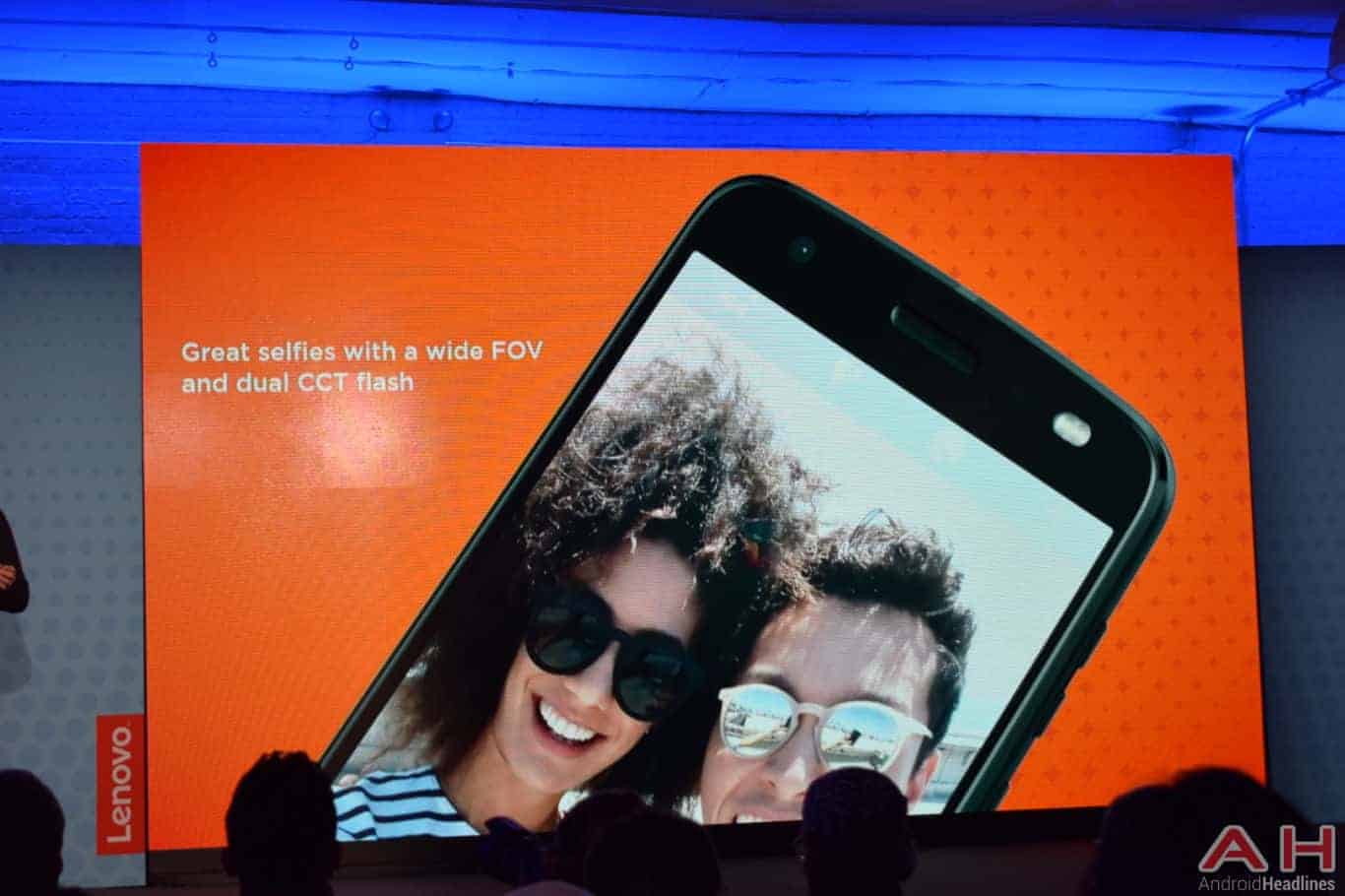 The Moto Z2 Force has dual rear sensors, a selfie flash, and more, setting up the user for what is likely to be a pretty good camera experience, which should be especially important to consumers who love taking pictures and using their smartphone to do so. The Moto Z2 Force was officially unveiled today making this Lenovo’s latest device in the Moto Z2 family of phones, joining the already available Moto Z2 Play that launched just a little earlier this year. The Moto Z2 Force ramps things up a bit though in the camera department, bringing dual rear cameras each being a 12-megapixel sensor, and being accompanied by a Dual LED flash.

Naturally, the rear camera module is likely to be the most used setup for owners of this device, but Motorola and Lenovo have placed some emphasis on the front camera too, not wanting to leave out the consumers who love a good selfie. To ensure that selfie look their absolute best by providing the best possible lighting, the Moto Z2 Force is equipped with a front-facing selfie flash that sits to the right of the earpiece. This should help to make sure that front-facing camera images always have enough light.

While the dual camera sensor are 12-megapixels each, the front camera is a 5-megapixel sensor, which just means you won’t be able to blow the images up to as large of a size, which isn’t likely to be an issue for people in the first place. While much of the quality of the images coming out of the dual rear camera module will depend on the actual sensors used, having a second sensor gives the Moto Z2 Force some cool extra features. For instance, the Moto Z2 Force will allow users to take black and white photo shots not too unlike what Huawei implemented with the P10. The cool thing about the rear camera setup is that users will have the ability to use what Motorola is calling selective focus and selective black and white. For both features, things work just as they sound. Selective focus will allow users to choose a point in the image to apply a blur effect so as to put the remaining part of the image in focus, while selective black and white can be used with the second camera sensor to choose a point in the image and make it black and white while leaving the rest of the image in color. The rear camera will also offer a Pro Mode which lets users have much more control over details of the picture before shooting, such as adjusting the ISO, the exposure compensation, the white balance, shutter speed, focal length and more. Overall, the camera experience on the Moto Z2 Force should be an interesting one and bring some great abilities to those that love using their smartphone camera to take pictures. 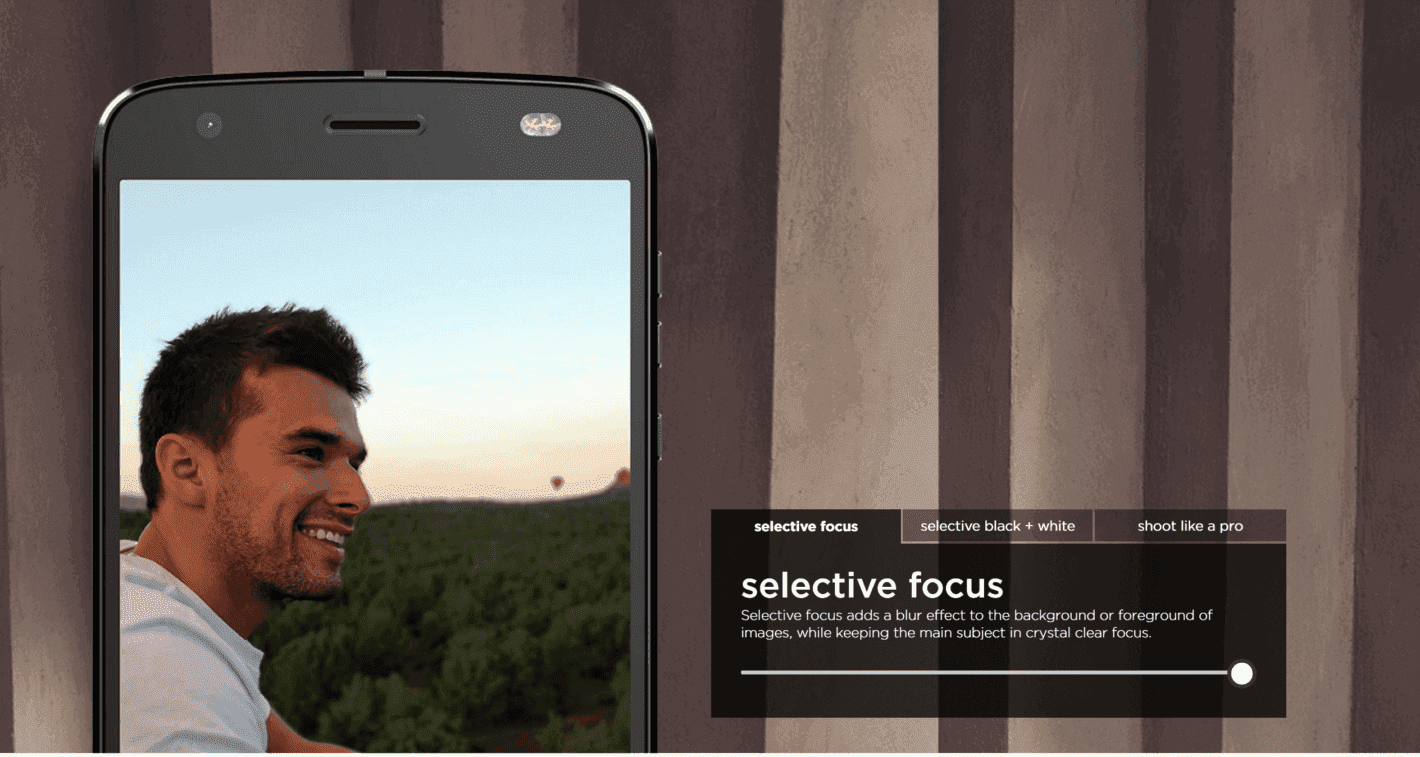 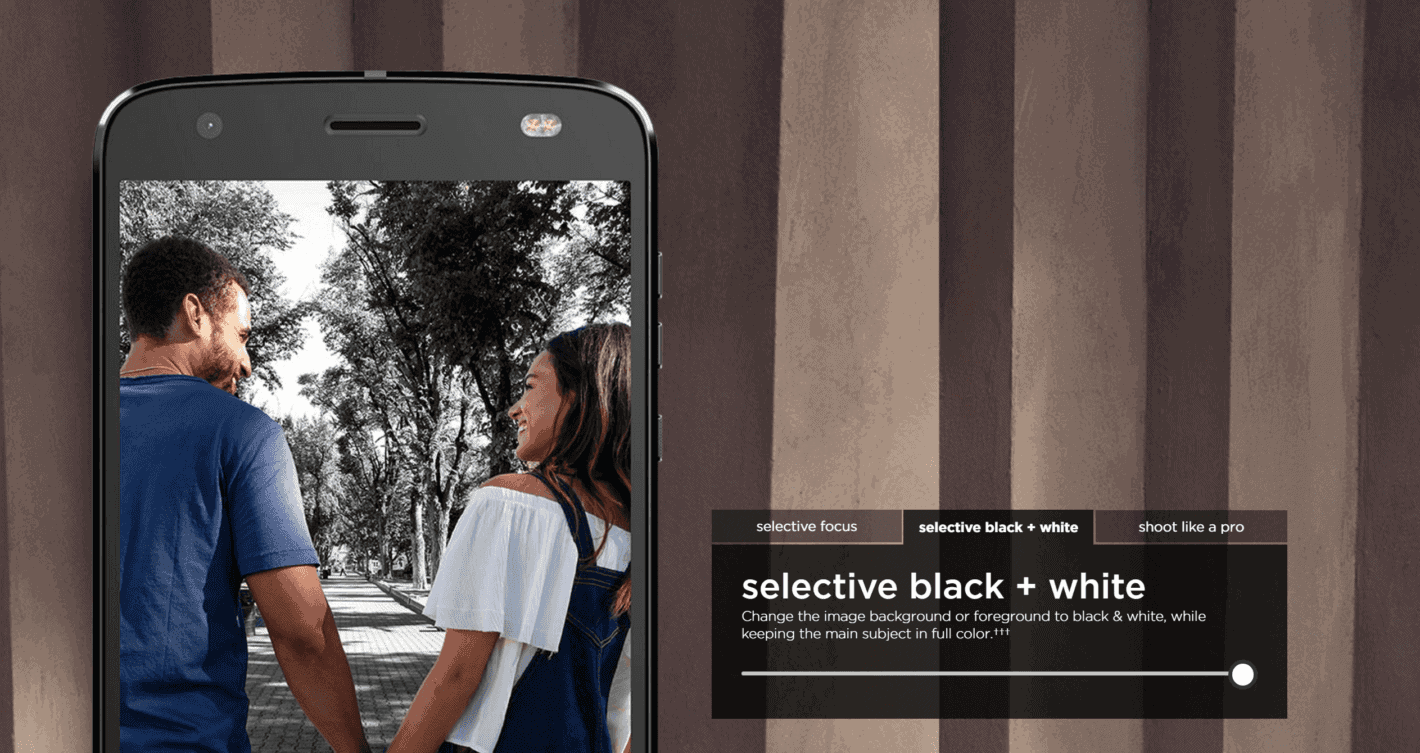 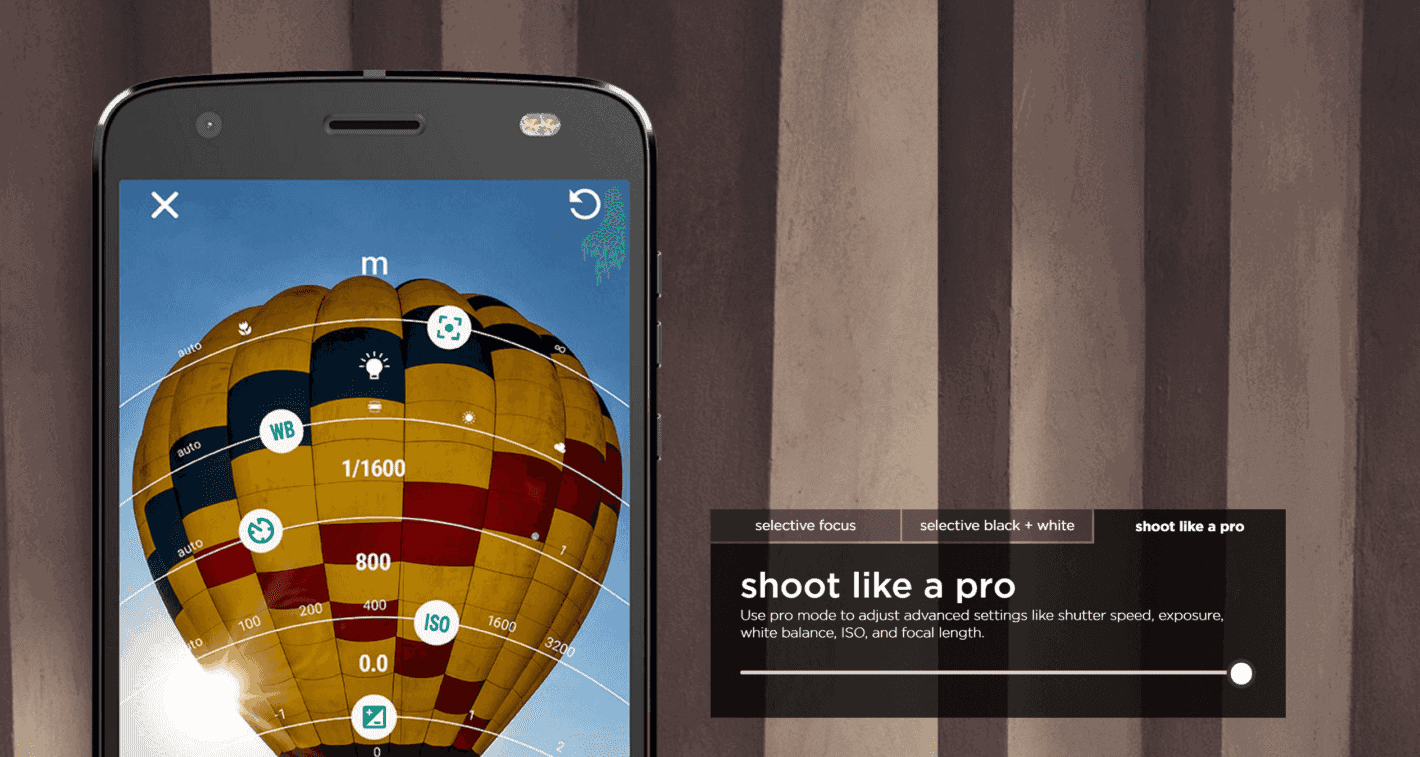 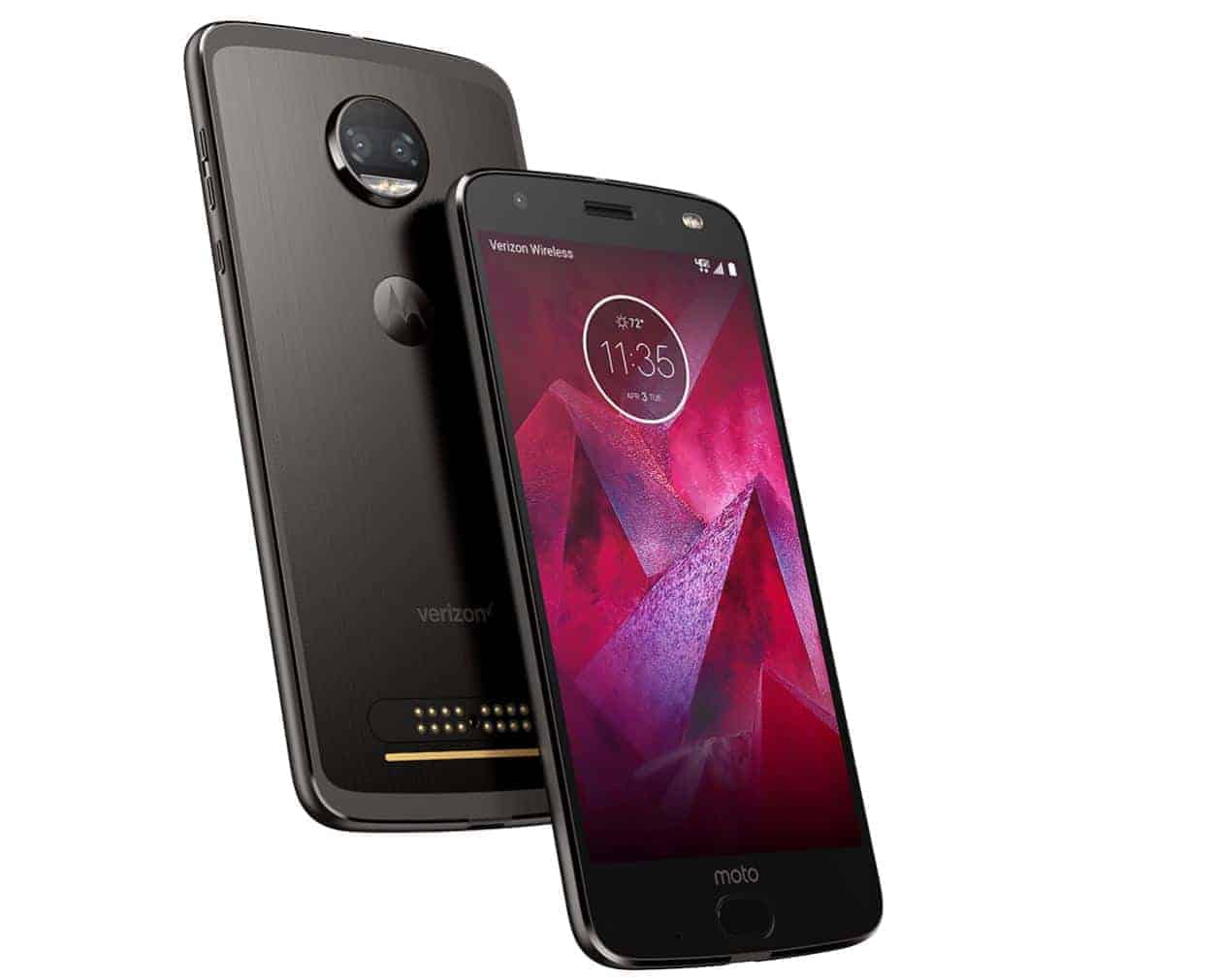 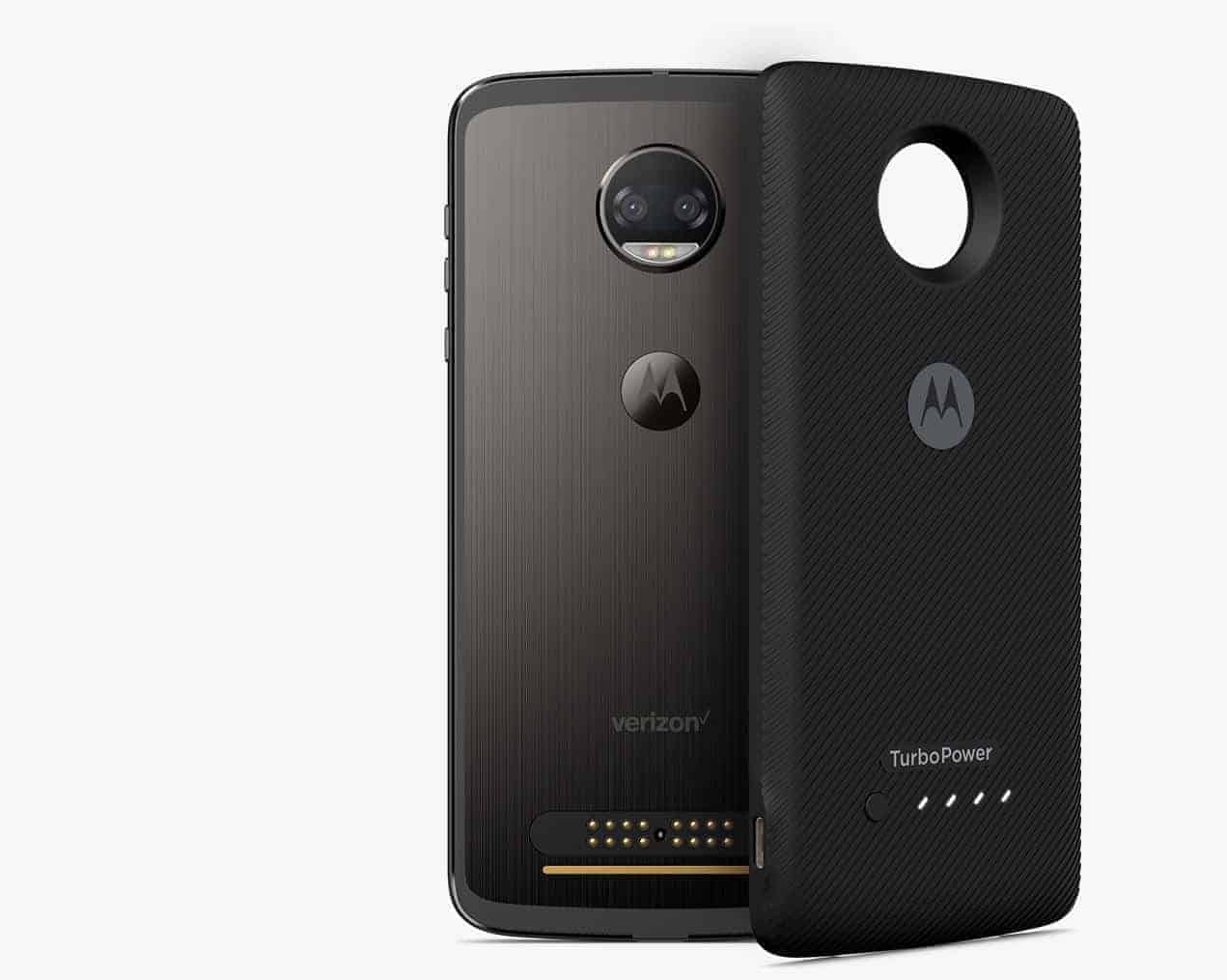 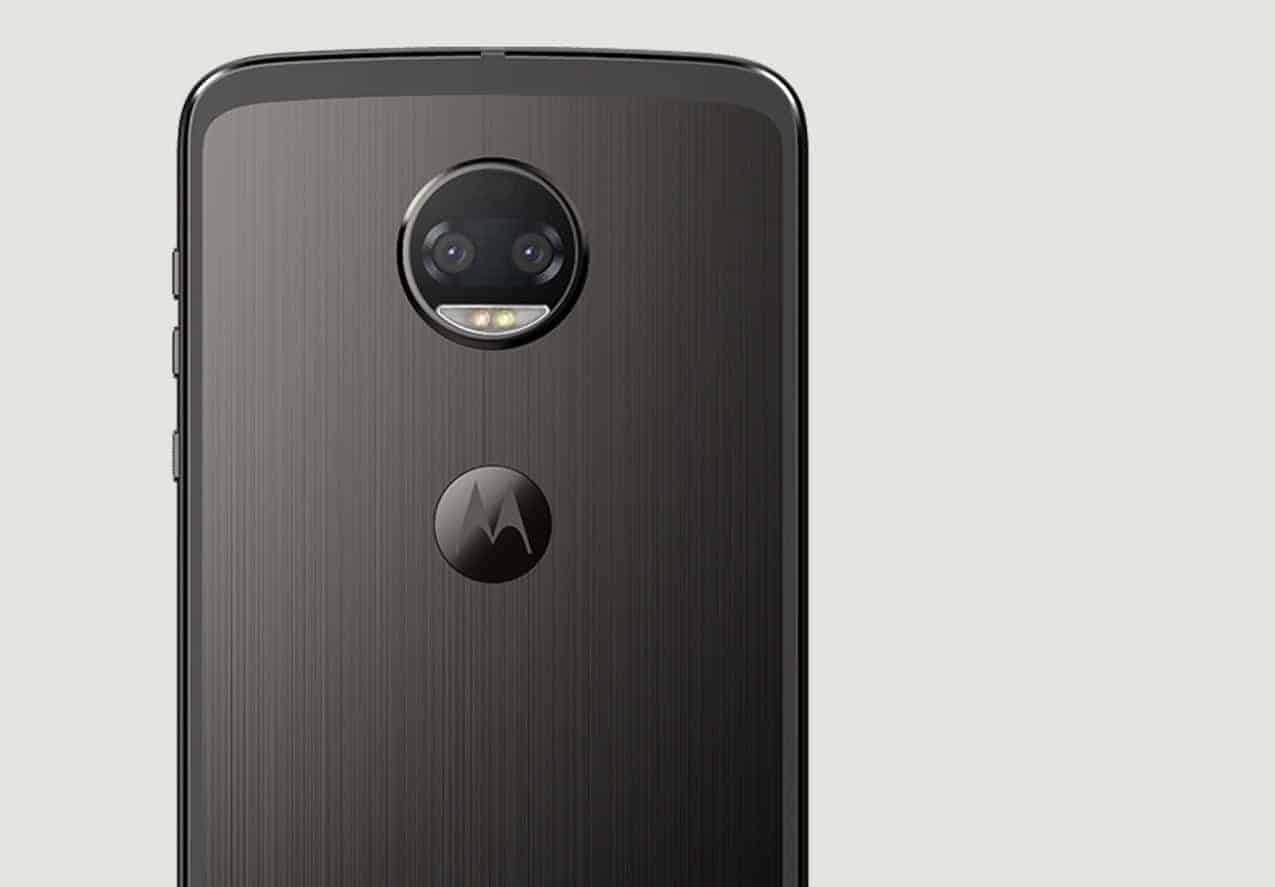 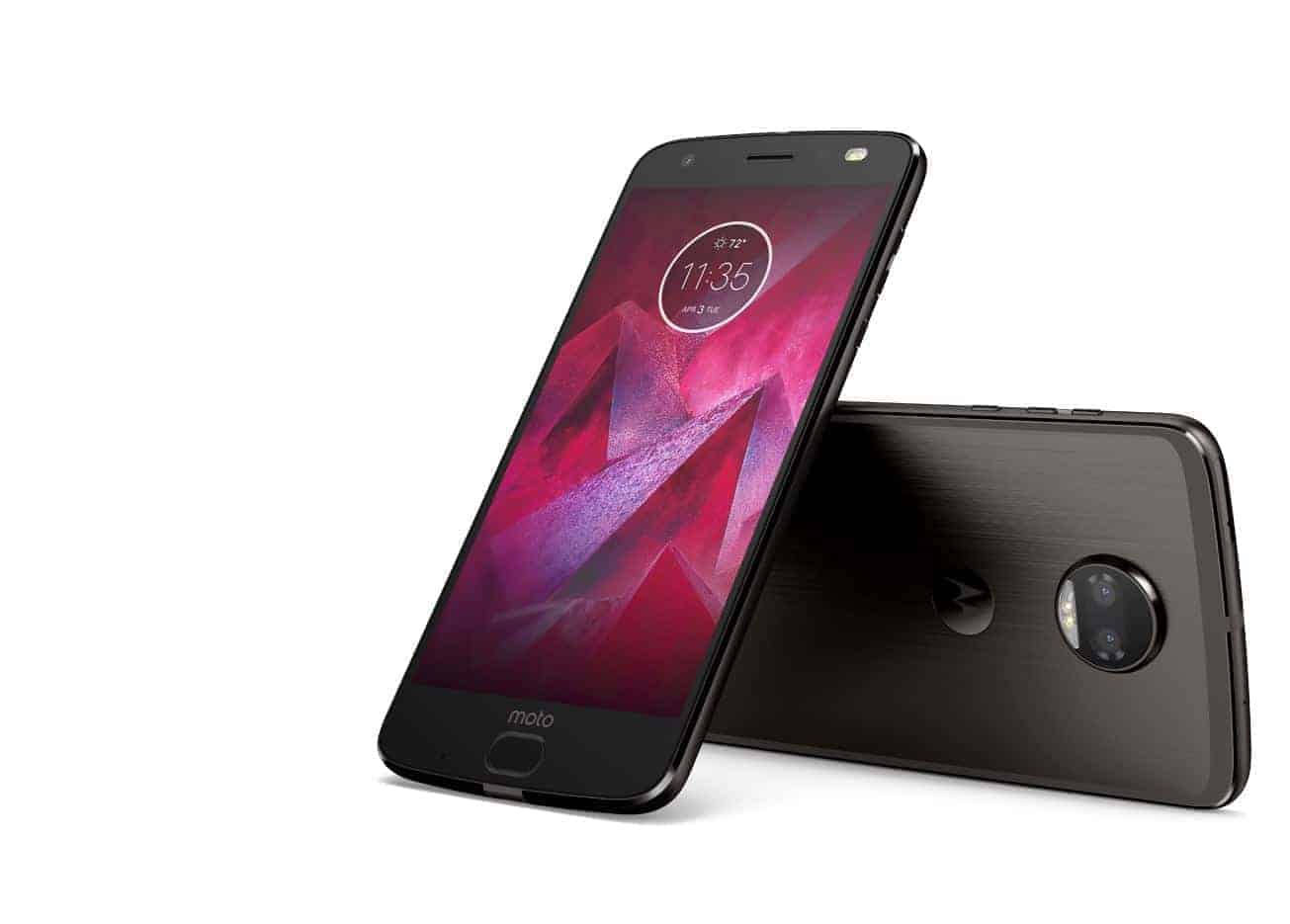 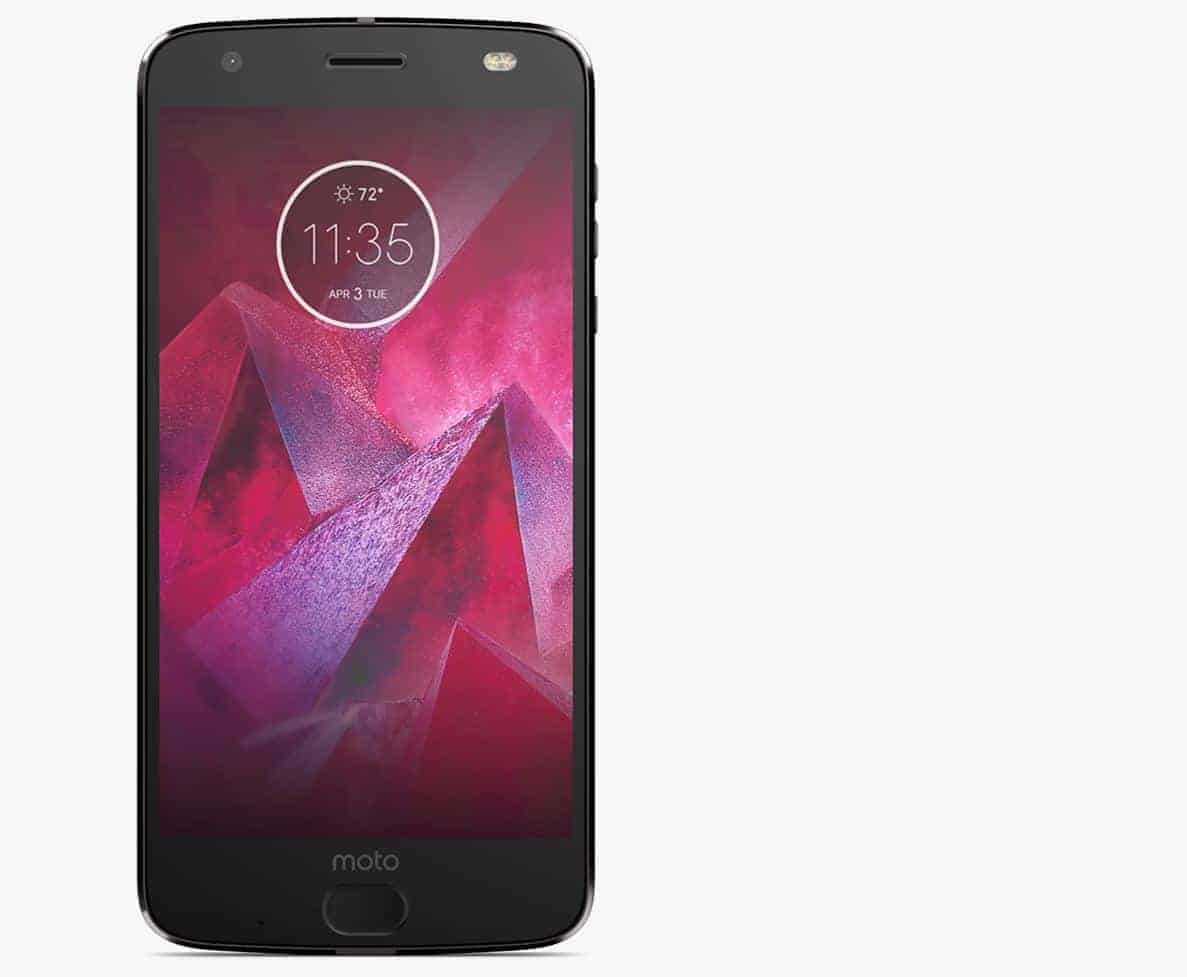 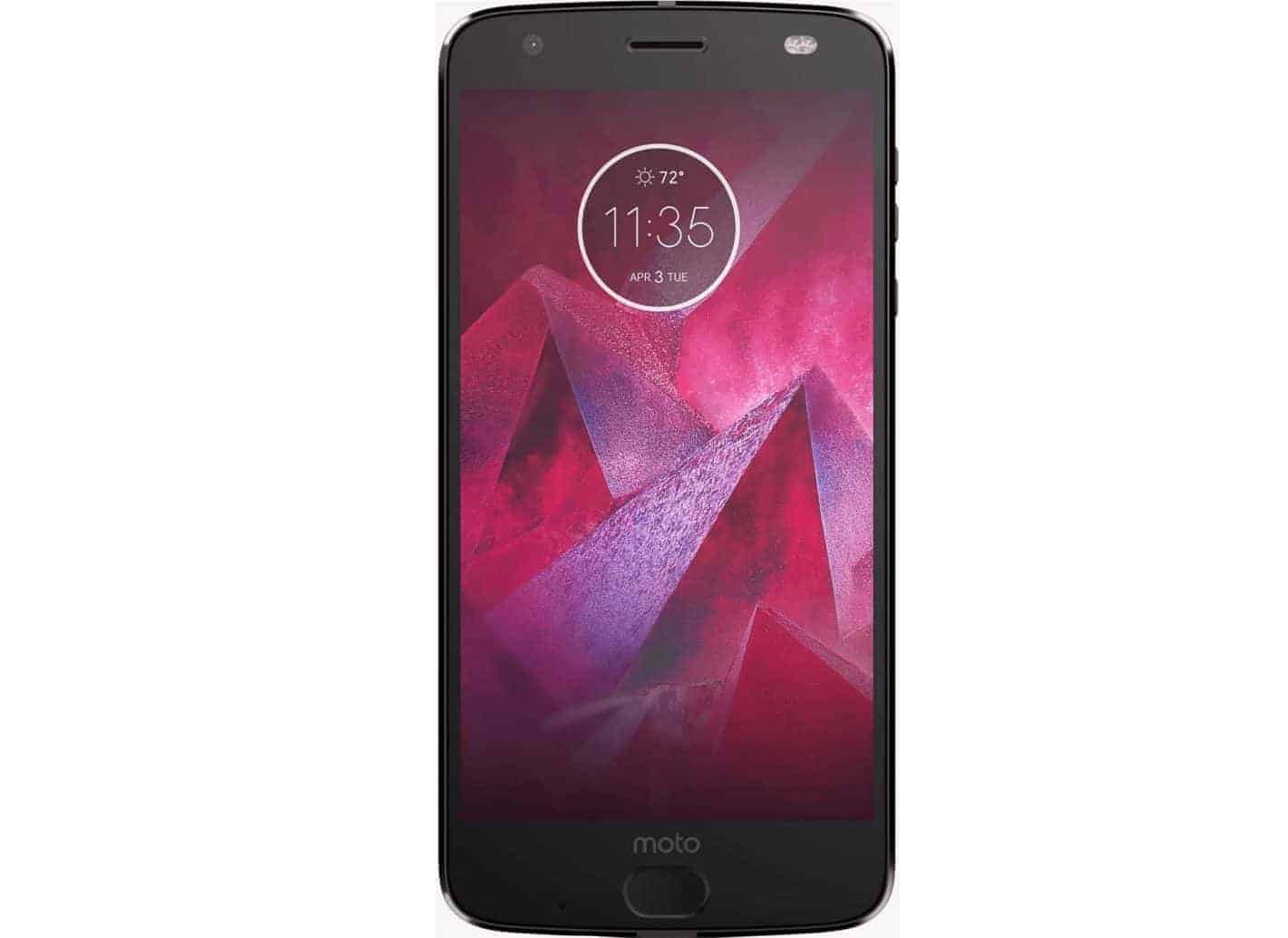 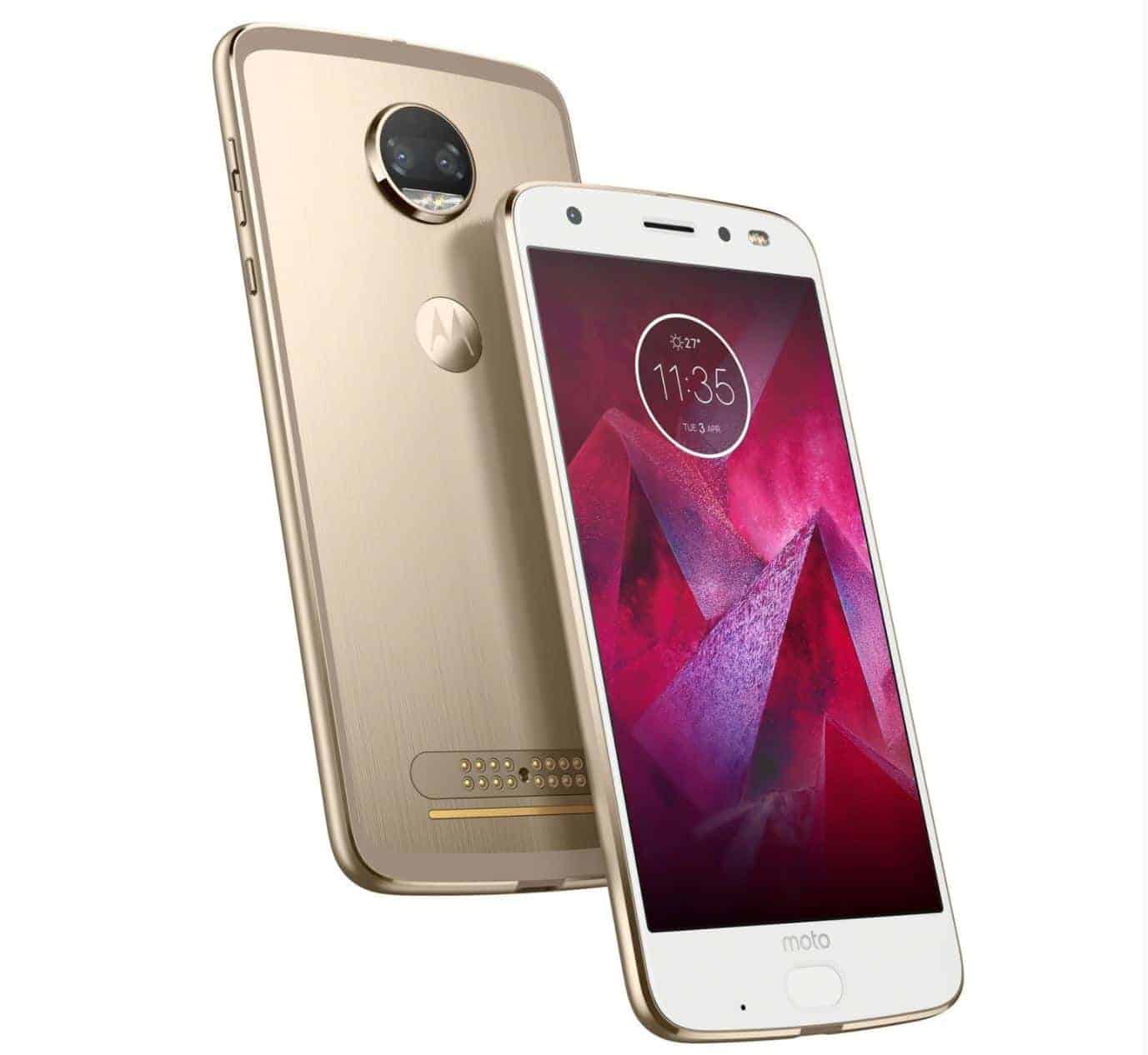 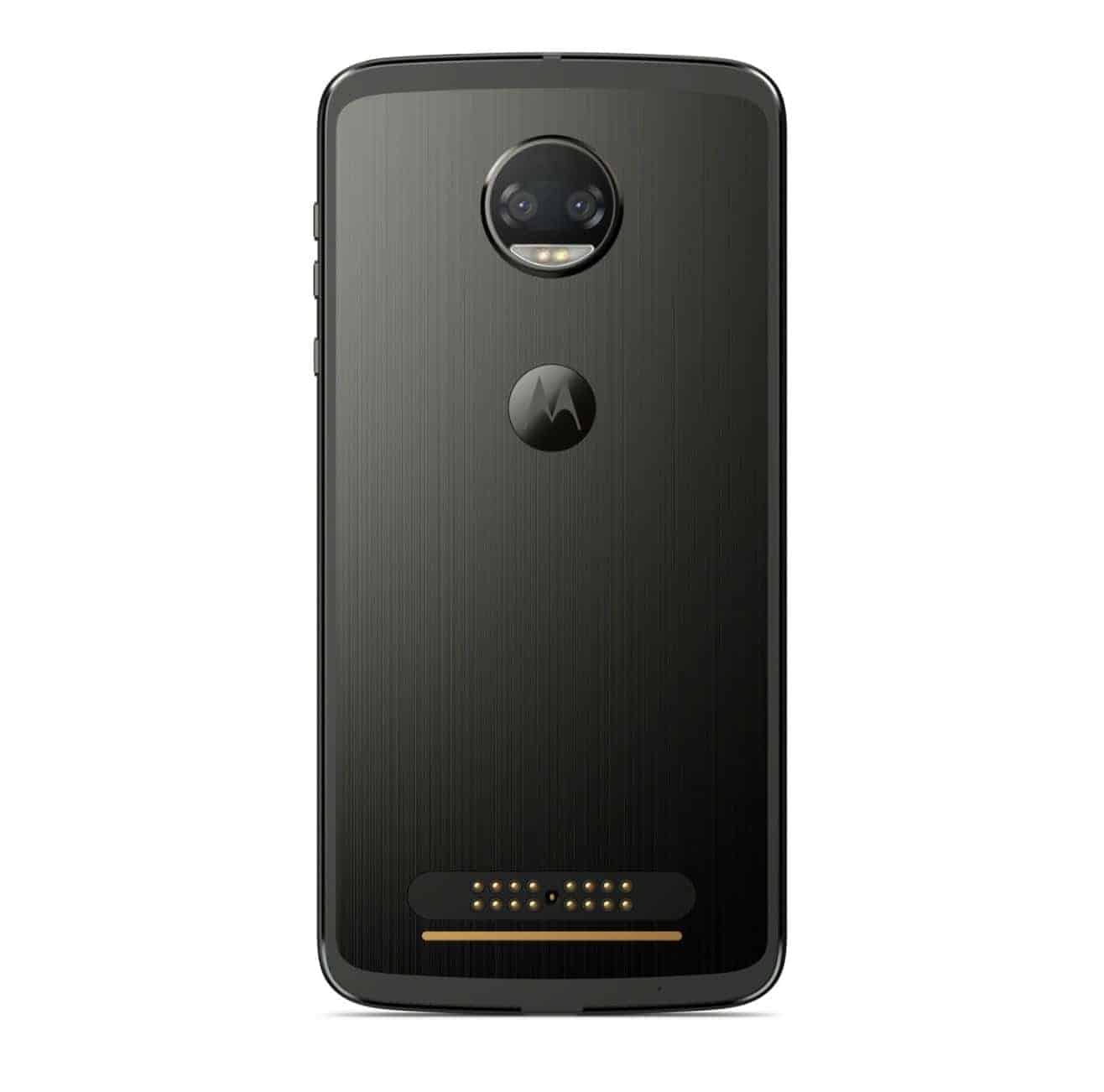 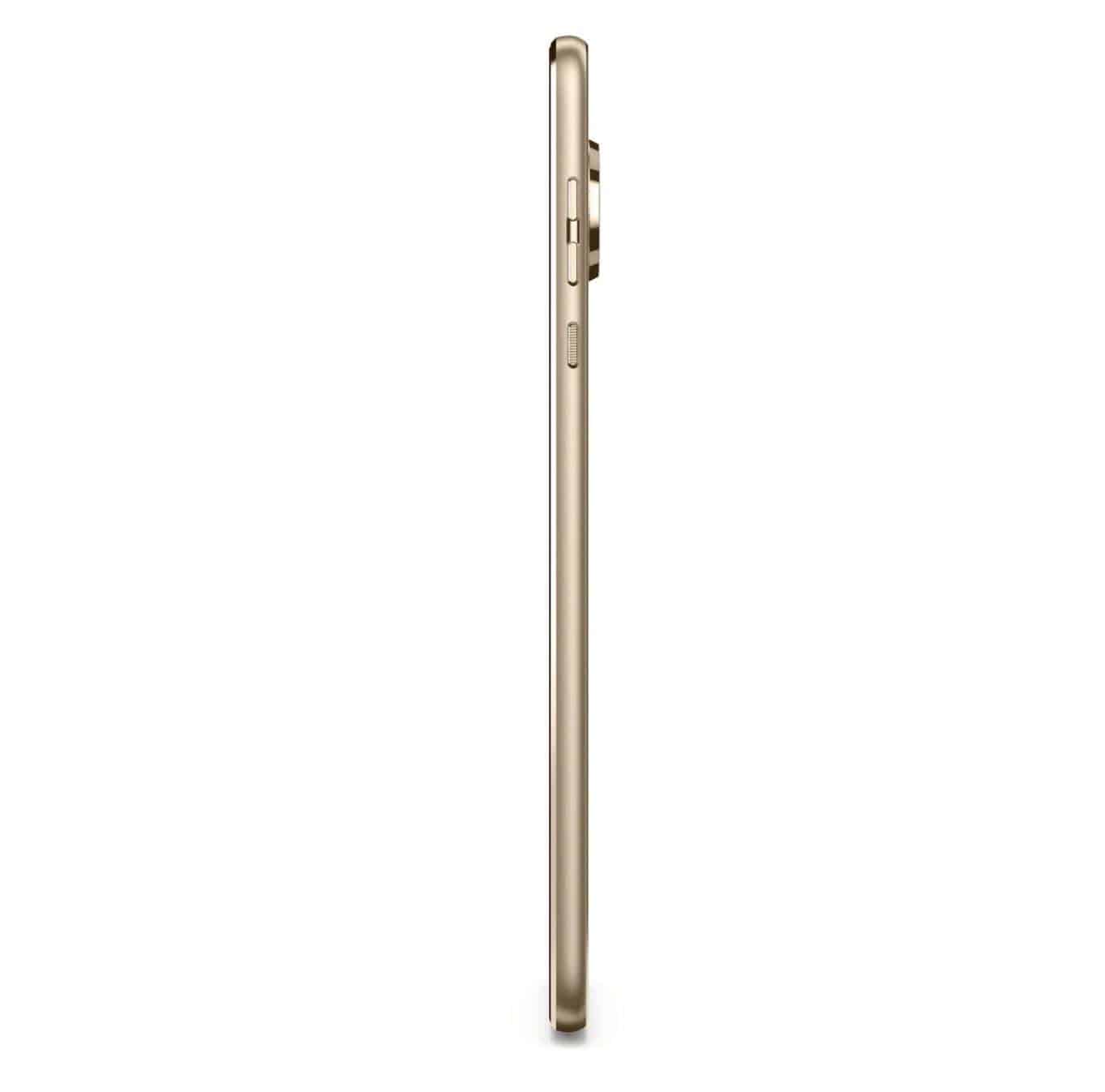 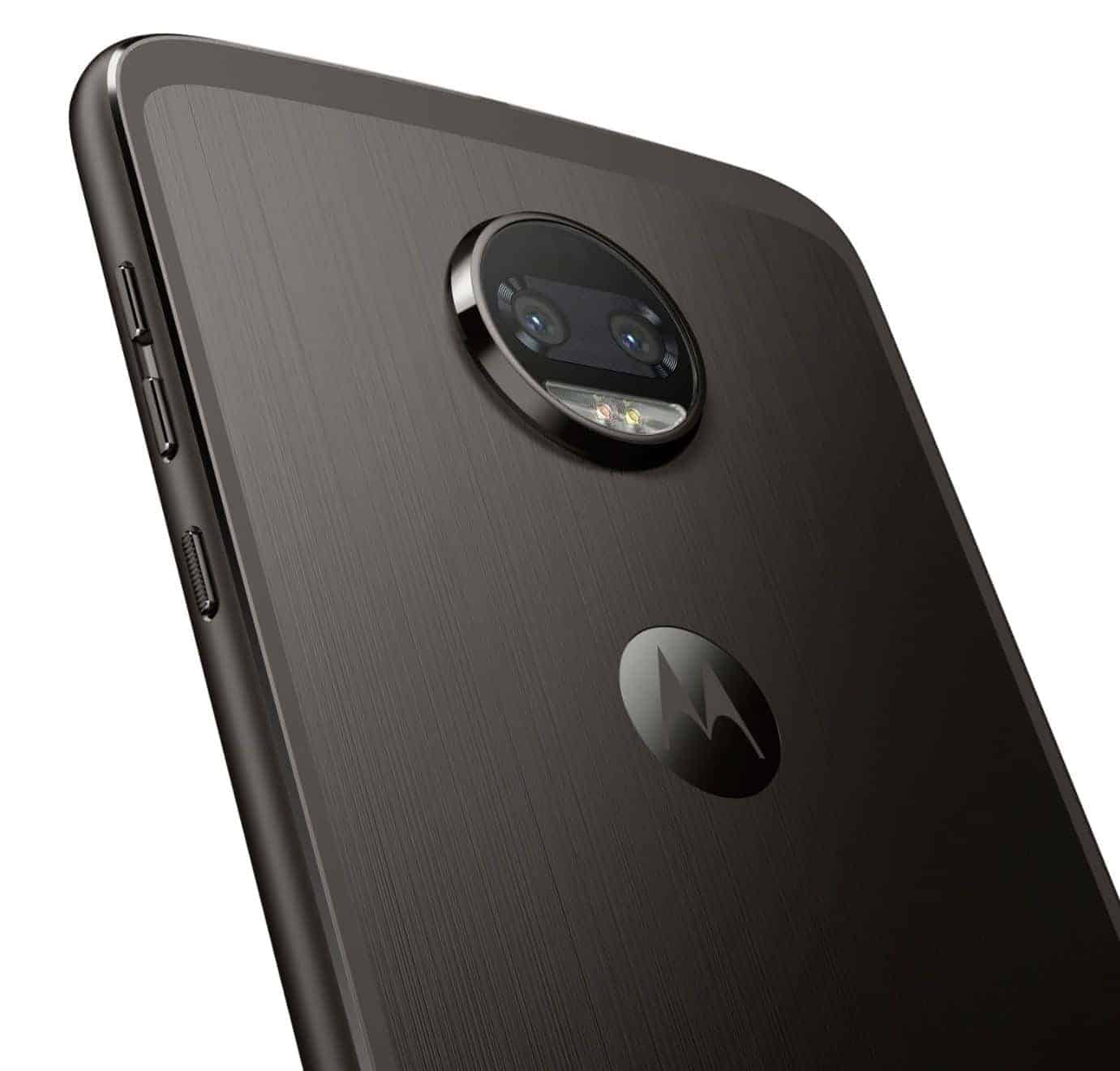 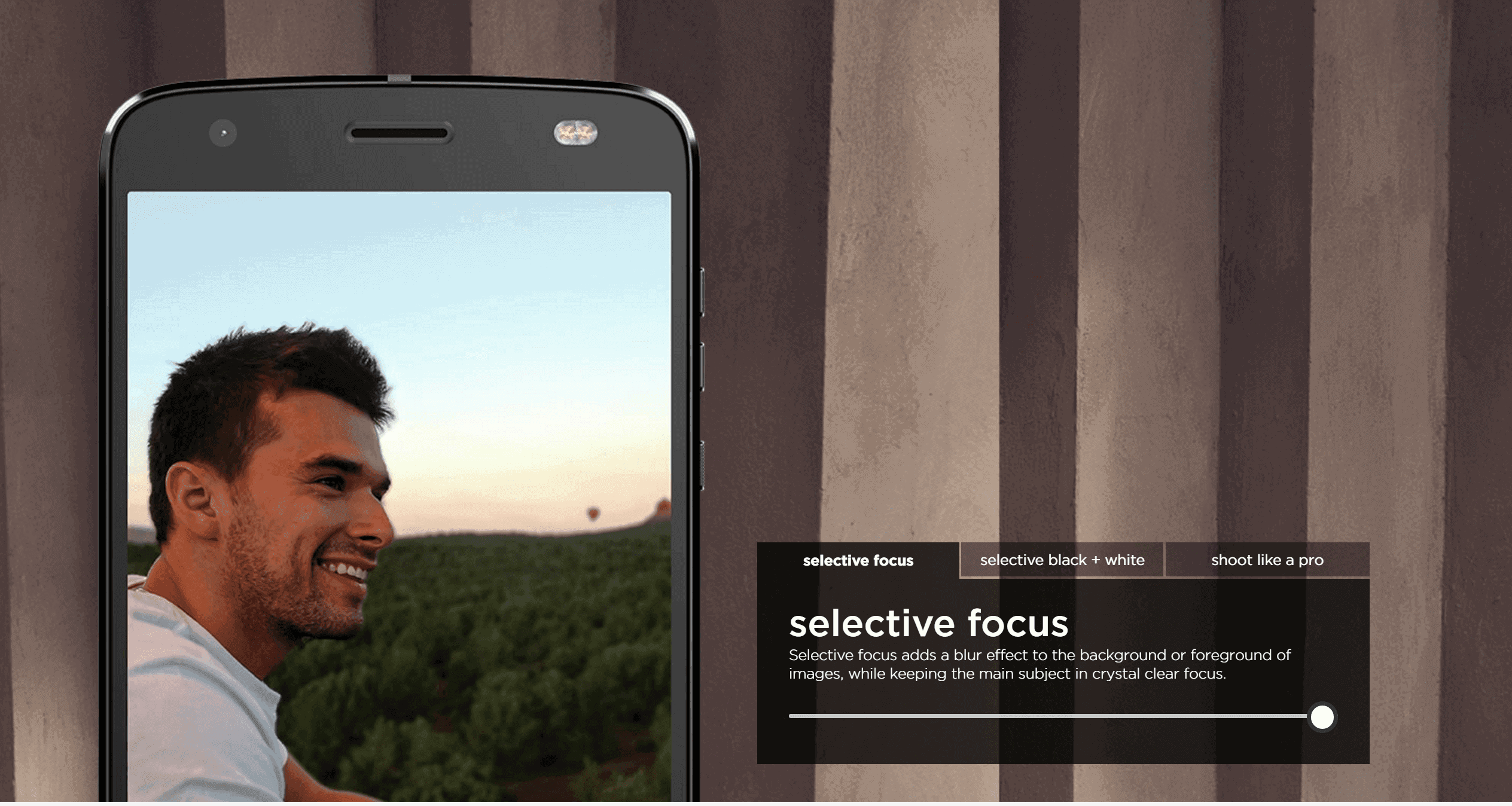 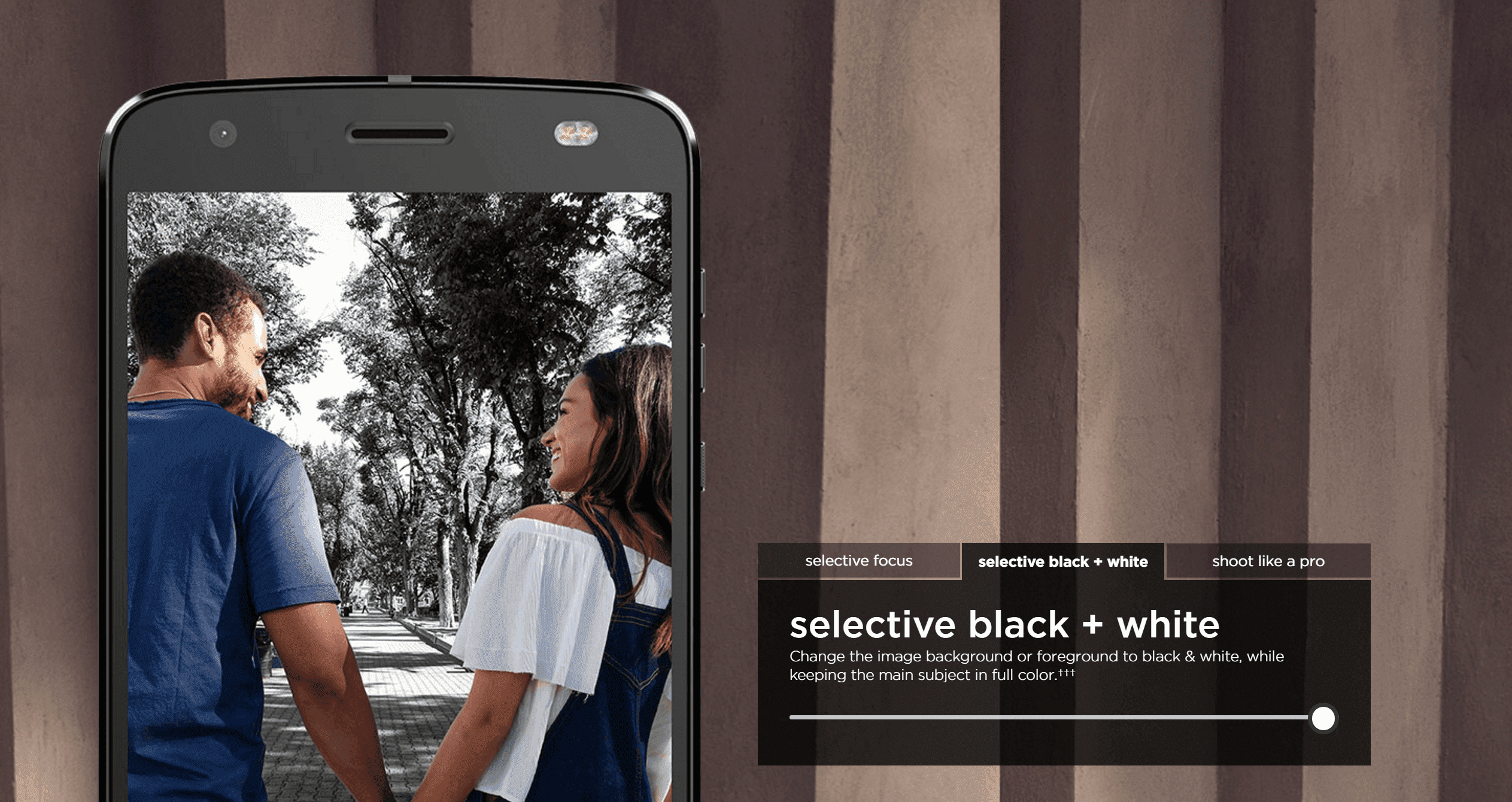 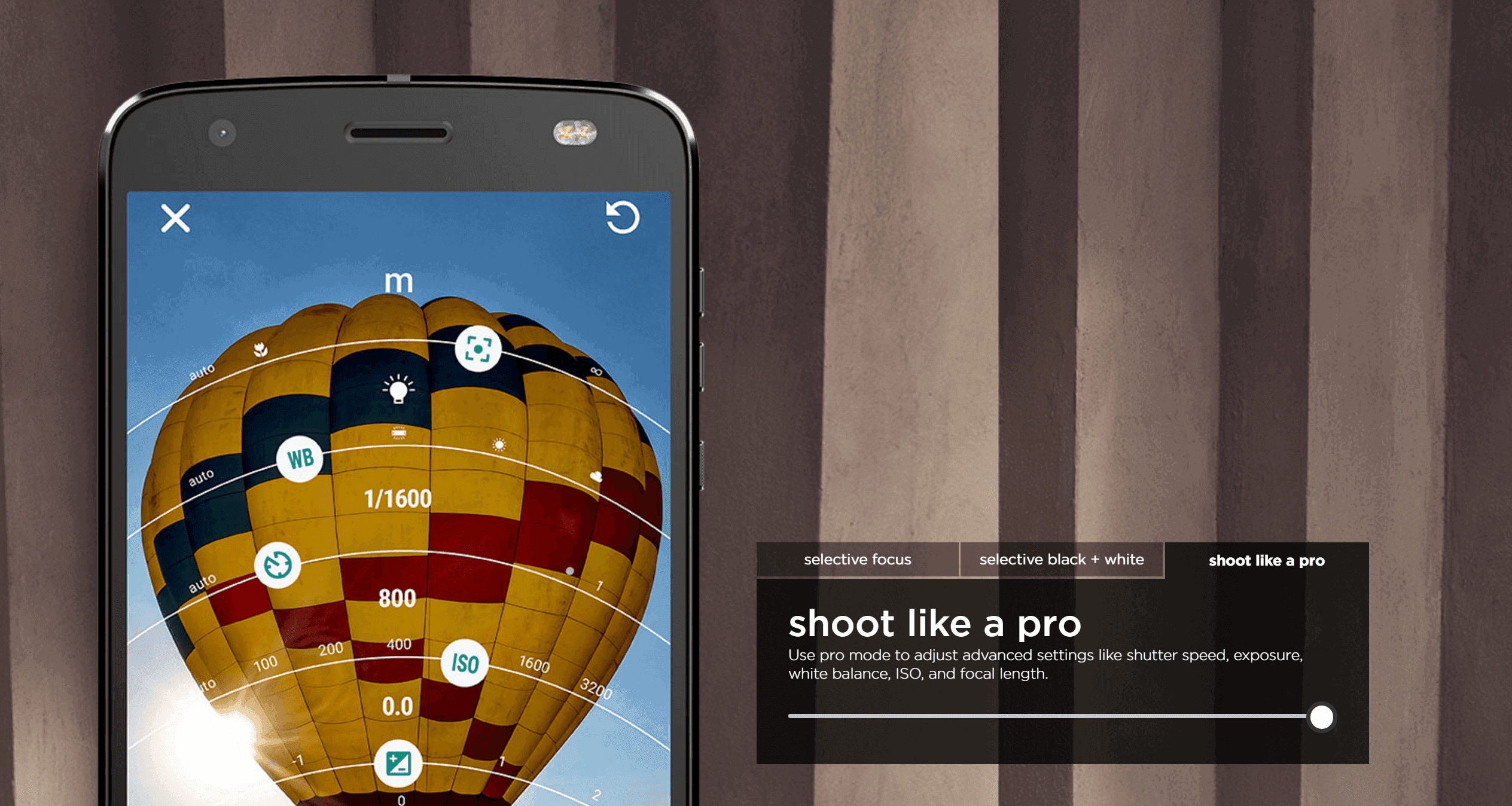 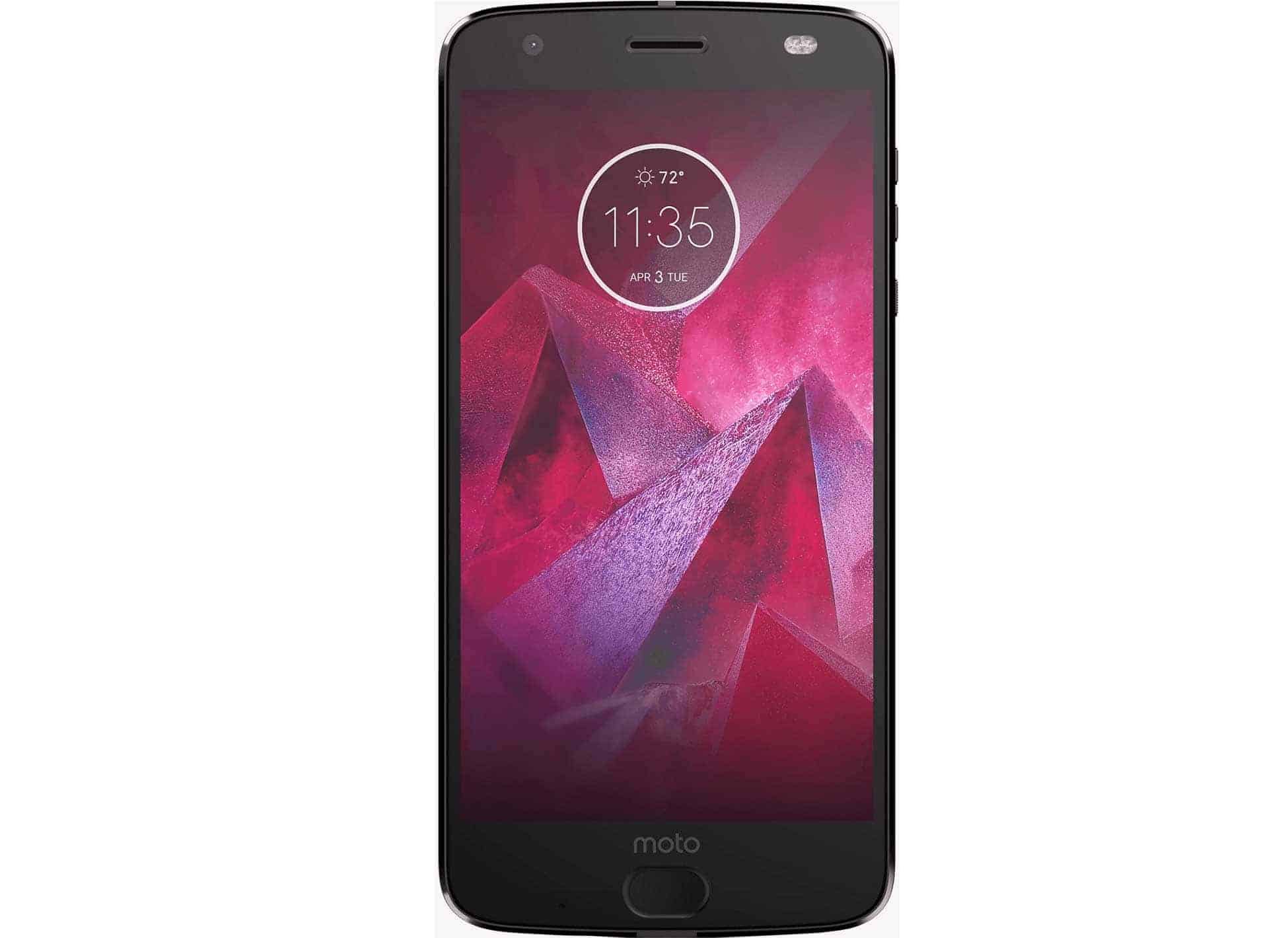