After many weeks of testing, Motorola is finally rolling out Android 7.1.1 Nougat to the Moto Z. The new software version is being delivered to units in a number of Asian territories, including Hong Kong and Indonesia. Once users have updated their Moto Z device to Android 7.1.1 Nougat, they will be able to enjoy a number of new features such as round icons and app shortcuts. In addition, the Google Duo video calling app will be automatically installed once the update is complete, and the Doze feature which debuted on Android 7.0 Nougat last year has now been additionally enhanced.

While Android 7.1.1 Nougat brings new and enhanced features to the Moto Z, Motorola has also included the latest July 2017 Android Security Patch in the latest software package for the handset. The OEM is rolling out the update over the air (OTA), so it may take a while before all users receive the notification to download and install it. However, you may manually check for the update if you aren’t willing to wait for the automatic prompt. In order to do so, simply head to the Settings app, tap on the “About Phone” section and select “System Updates.” The system will prompt you to download the package if it is indeed ready for your smartphone. If you have received the update, it is recommended to download and install it while connected to a Wi-Fi network to avoid consuming mobile data. Also, it is best to have at least 50 percent of battery charge left or leave the handset to charge while proceeding with the update.

The Moto Z was first revealed last year as the flagship device from Motorola, but it is set to be replaced by the Moto Z2 which is expected to be launched soon. In terms of specs, the Moto Z is still a pretty capable smartphone by today’s standards. It sports a 5.5-inch QHD AMOLED display, and it is powered by the Snapdragon 820 system-on-chip (SoC). Under the hood, it packs 4GB of RAM coupled with 32GB or 64GB of internal storage. For optics, it boasts a 13-megapixel camera on its rear, while selfies are handled by a 5-megapixel shooter. Keeping the lights on is a 2,600mAh battery with support for fast charging. 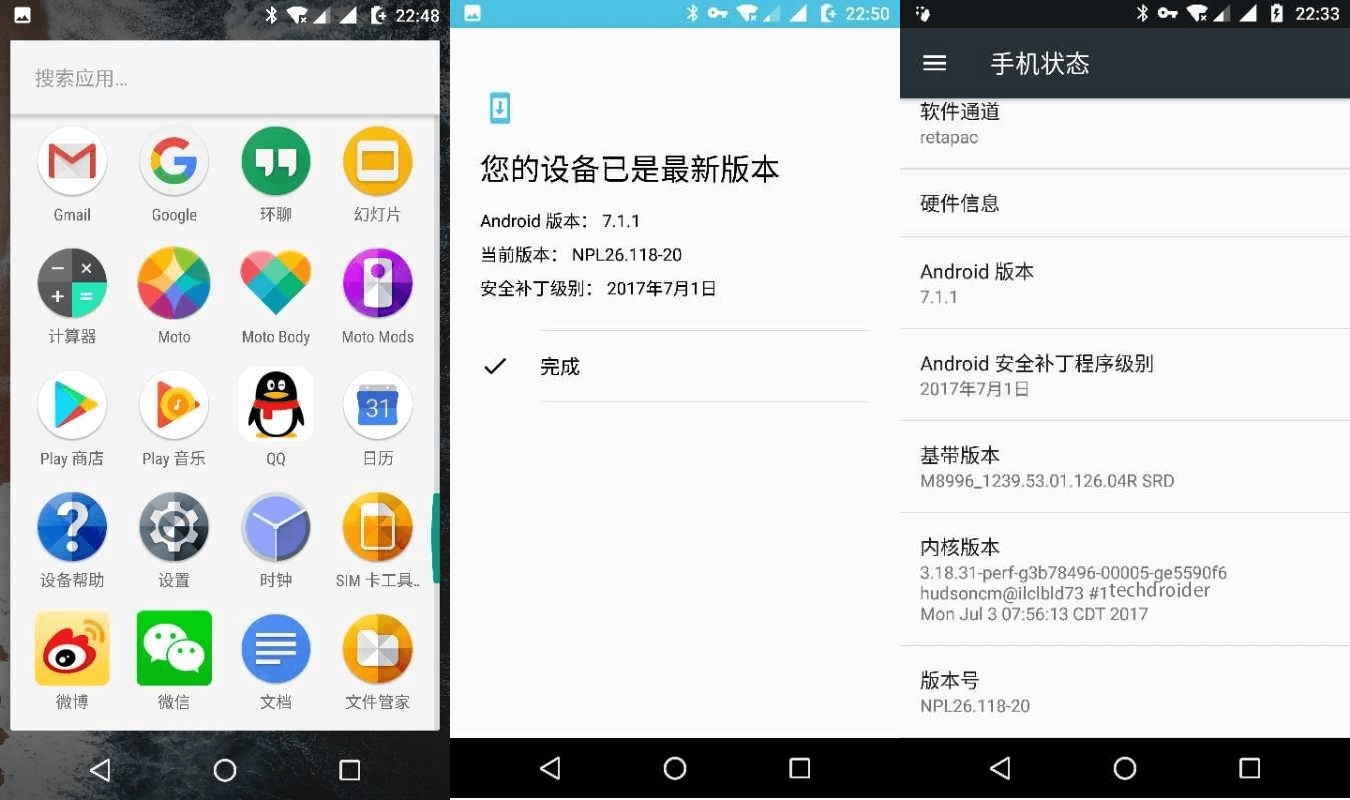