The elusive Moto X4 appears to have been recently tested in GFXBench under the model number “XT1789”. As expected, the benchmarking tool has uncovered some of the smartphone’s specifications, including the display size and resolution as well as the type of system-on-chip (SoC) it will conceal under the hood. According to the data, the Moto X4 will be equipped with a 5-inch display featuring 1920 x 1080 pixels and should make use of a Qualcomm Snapdragon 630 chipset.

GFXBench doesn’t outright confirm the name of the system-on-chip powering the Moto XT1789, however, given the fact that the silicon features eight ARM CPU cores clocked at 2.2GHz and an Adreno 508 graphics chip, there’s only one remaining answer and that is none other than the Snapdragon 630 SoC. The chipset is based on eight ARM Cortex-A53 CPU cores and also features an X12 LTE modem along with Bluetooth 5.0 connectivity. Other details revealed by GFXBench include 3GB of RAM, 16GB of on-board memory which will presumably be expandable via a microSD card slot, a 12-megapixel main camera with autofocus, HDR, face detection, and 4K video recording capabilities, as well as a 16-megapixel front-facing shooter. The smartphone runs Android 7.1.1 Nougat and given that it bears the Moto brand, the operating system will likely offer a close-to-stock user experience along with just a few Moto applications.

The Moto X4 is supposed to be a direct successor in the Moto X lineup and it was previously rumored to be officially unveiled on June 30. Evidently this hasn’t come to pass so only time will tell when the device will be officially introduced, but it’s worth noting that Motorola Mobility has a few other additional devices in the pipeline, including the Moto Z2 Force which happens to carry a model number very similar to the Moto X4’s XT1789, namely “XT1789-05”. But despite this similarity, their hardware characteristics are notably different as the Moto Z2 Force is expected to fit in the upper market thanks to the inclusion of a Qualcomm Snapdragon 835 chipset. Motorola Mobility is going to hold a press event in New York City on July 25, so there is a possibility that the company will shed more light on the Moto X4 in the following weeks. 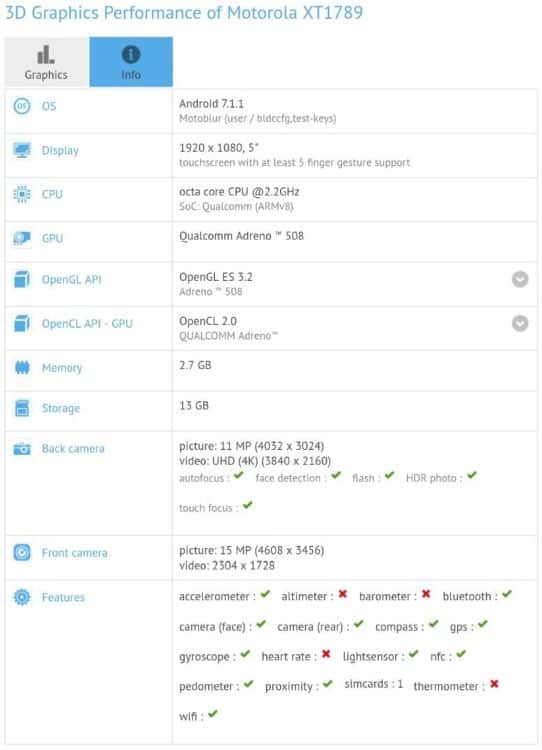