Motorola Mobility's Moto G5S and Moto G5S Plus were certified by the Bluetooth Special Interest Group (SIG) earlier this month, as evidenced by a recently published set of documents which was sighted in the agency's online database. Both models were initially submitted for testing in late March and are confirmed as being compatible with Bluetooth 4.2. The testing documentation from Bluetooth SIG doesn't reveal many other details about the handsets, though it indicates that both will be running Android 7.1.1 Nougat out of the box. In light of the Lenovo-owned company's recent product practices, it's likely that both the Moto G5S and Moto G5S Plus will offer a vanilla-like experience of Google's operating system, with the phone maker rarely opting to pre-load heavy Android skins onto its contemporary devices.

The two smartphones that recently passed through the Bluetooth SIG carry the model numbers XT18XX and XT17XX which match the models that already appeared in the database of the United States Federal Communications Commission (FCC) on numerous occasions. According to some previously uncovered information, the Moto G5S will sport a 5.2-inch screen with a resolution of 1920 by 1080 pixels and be powered by the Snapdragon 430, Qualcomm's system-on-chip (SoC) designed for devices in the lower mid-range segment of the handset market. The same silicon was already found in the Moto G5 that launched earlier this year and was offered in several variants, much like the Moto G5S is now expected to be. One of its models should feature 3GB of RAM, 32GB of storage space, and a microSD card slot with support for up to 256GB of additional memory. All variants are said to be equipped with a 13-megapixel rear camera, 5-megapixel front sensor, and a 3,050mAh battery.

The Moto G5S Plus is thought to sport a 5.5-inch display with identical resolution and its most affordable model should also boast 3GB of RAM and 32GB of internal flash memory, recent reports indicate. Apart from their screen sizes, the main difference between the Moto G5S and Moto G5S Plus are said to be the SoCs powering them, with the latter being expected to ship with Qualcomm's Snapdragon 625. The devices should be officially unveiled by Motorola in the coming weeks, so more details on both models will likely follow soon. 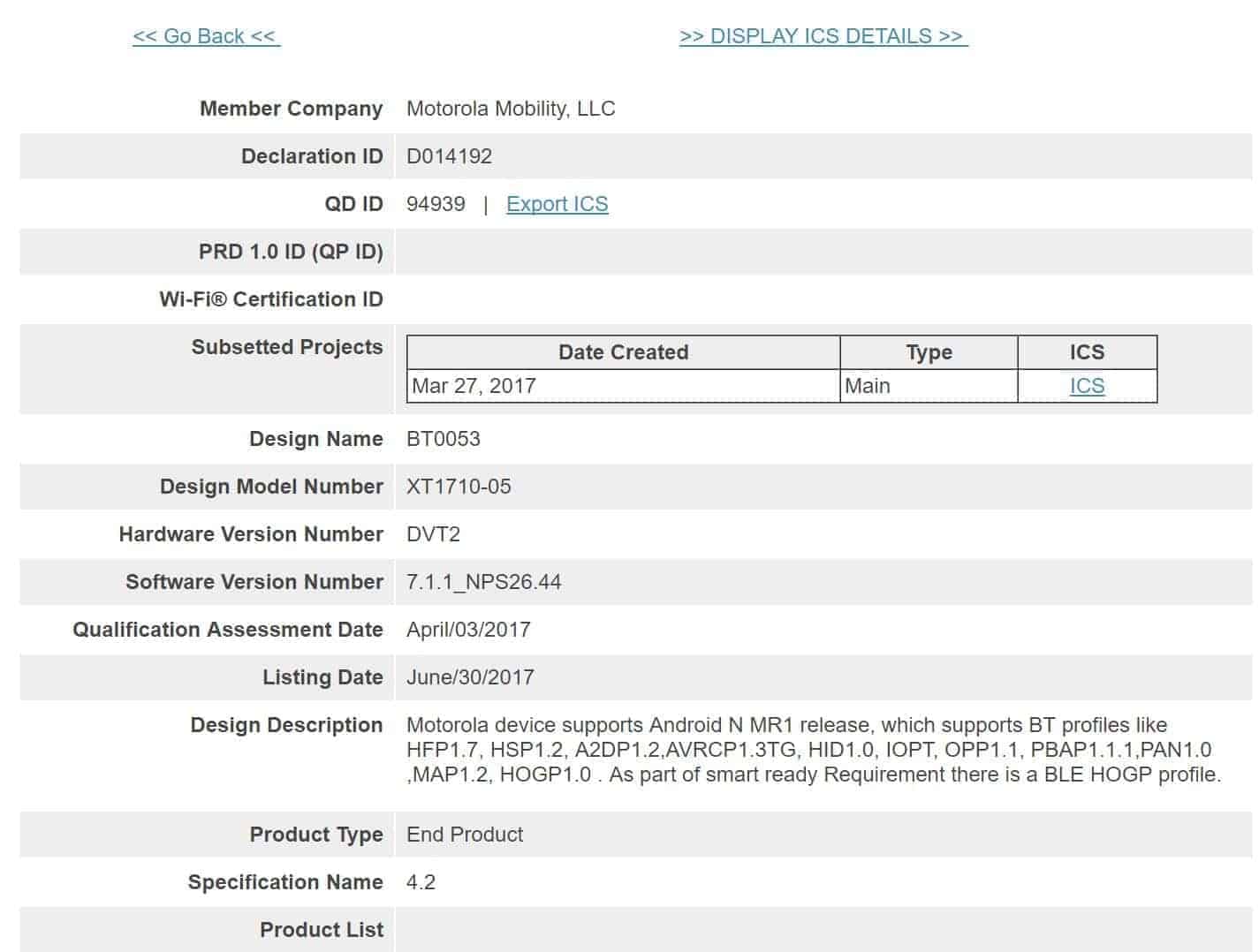