The DOOGEE MIX first became available to order back at the start of June. As a result, those who did place an early order are likely to already be using the smartphone. For those new to this smartphone, DOOGEE has now provided results from a recent survey conducted with Meltwater to highlight some of the most popular features on the DOOGEE MIX, and by association, reasons you might want to consider this as your next smartphone. According to DOOGEE, the survey was based on a sample size of 1,556 participants and responses were given mainly through various Android forums.

The first headline aspect is the general level of specs, as the results of the survey seem to show that more than 80-percent of respondents were satisfied with the breadth of specs on offer with the DOOGEE MIX. Which for reference, includes the option of either 4 or 6GB RAM, 64GB internal storage, and a MediaTek Helio P25 octa-core SoC (clocking at 2.5 GHz). 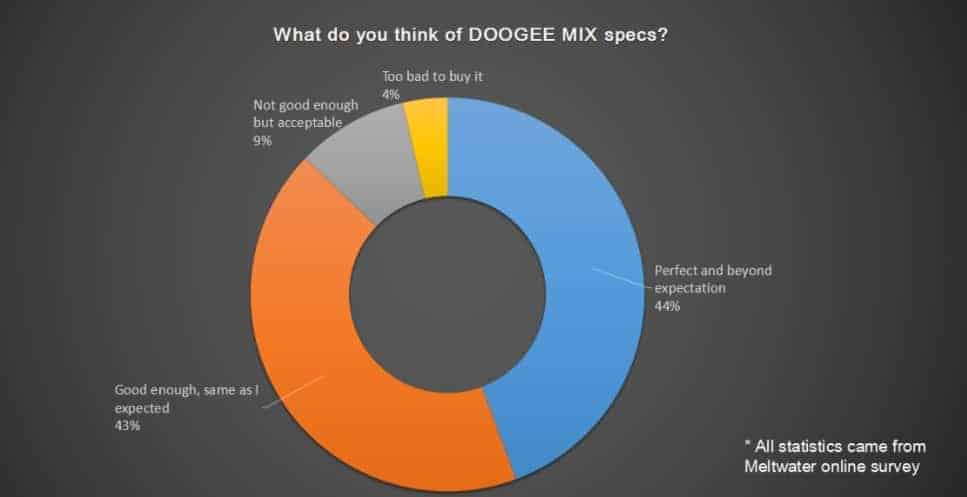 As for the display, the DOOGEE MIX comes equipped with a 5.5-inch Super AMOLED display that is protected through the inclusion of Corning Gorilla Glass 5. Although it seems one of the most popular aspects of the DOOGEE MIX’s display is its adoption of a ‘full display’ disposition. Which means that in spite of being 5.5-inches in size, the display is housed within a body which is more often associated with smaller displays. For example, while the screen has increased in size, the body remains a similar size to smartphones that boast a 5-inch display. A size which seemingly has proven popular with smartphone consumers in general. 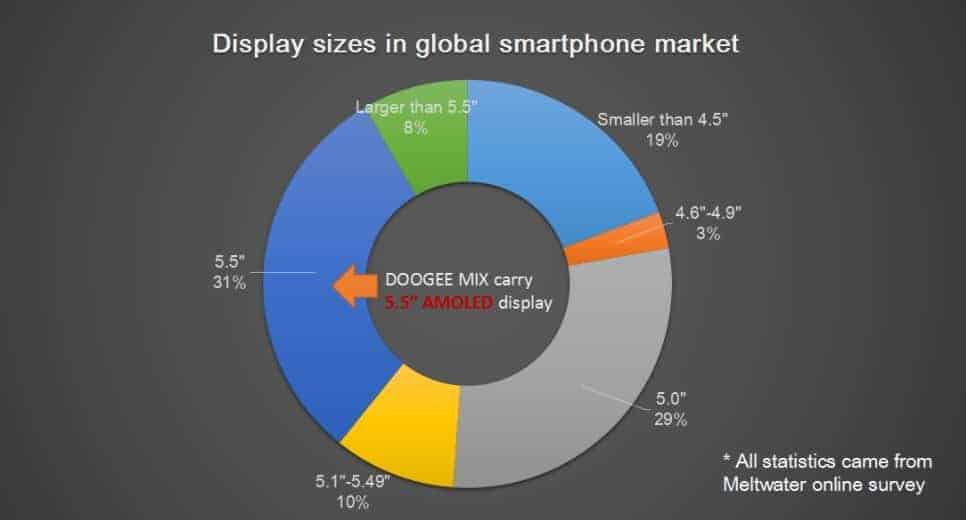 And then there is the cameras. Which the DOOGEE MIX is not lacking, as this is a smartphone which comes equipped with three cameras in total. Two of which are positioned together on the back of the device in what is now an en vogue feature, a dual rear camera setup. As for those cameras, the primary rear camera is a 16-megapixel camera, which is backed up by a secondary 8-megapixel camera. The third camera is positioned on the front of the device and comes in a 5-megapixel form. 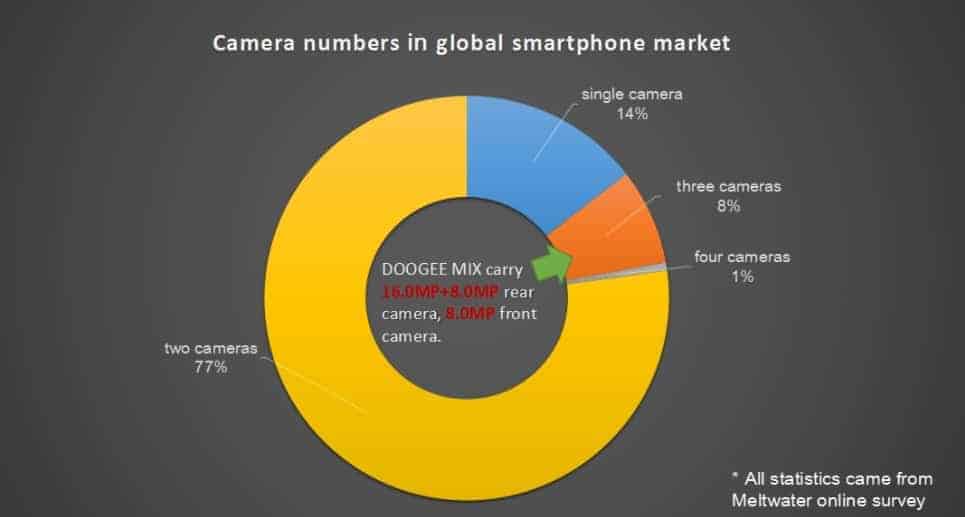 Specs aside, it also seems as though those surveyed are happy with the price of the DOOGEE MIX. In fact, more people were noted as being satisfied with the price than with the specs, as the DOOGEE survey showed almost 90-percent of those questioned were happy with its pricing. Which for reference is less than $200, although how much less is dependent on which model is chosen. The standard 4GB RAM model is priced at only $169.99, while the more premium 6GB RAM model costs $179.99. 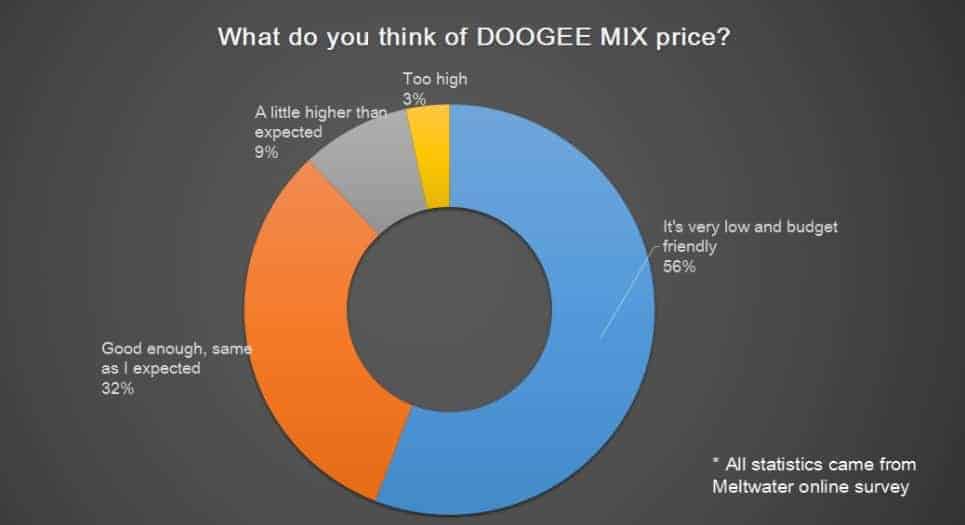 Which leads to the claim from DOOGEE that most people surveyed have a 'strong willingness' to buy the DOOGEE MIX. Adding that according to the results of the survey, nearly half of those questioned had actually already purchased the device. With the results suggesting that of the two models, the 6GB RAM model with 64GB internal storage proved to be the most popular option. 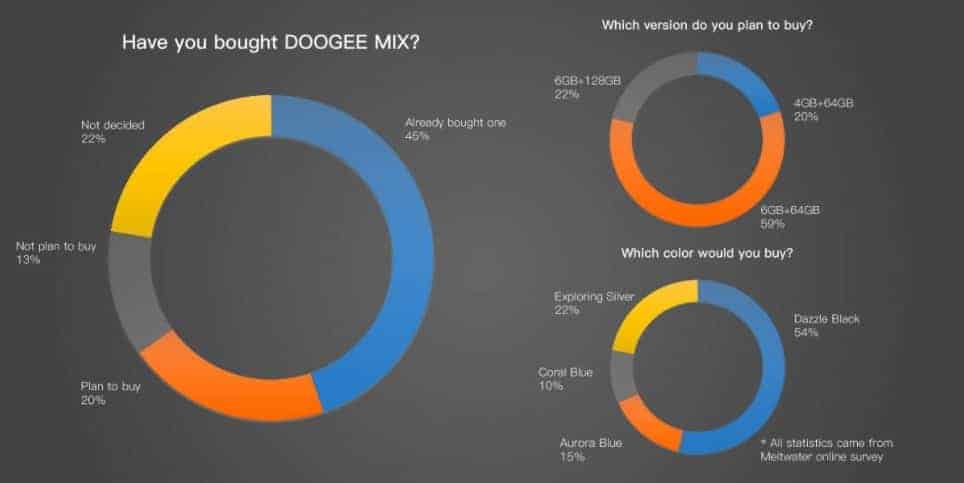 In addition to the two models, there are also four colors currently available, although that number is about to grow as DOOGEE also announced that it will be making available two more colors, ‘Exploring Silver’ and ‘Coral Blue.’ Based on the results of the survey, of the two colors, the Exploring Silver is proving the most popular, with nearly one-quarter of participants voting for it. 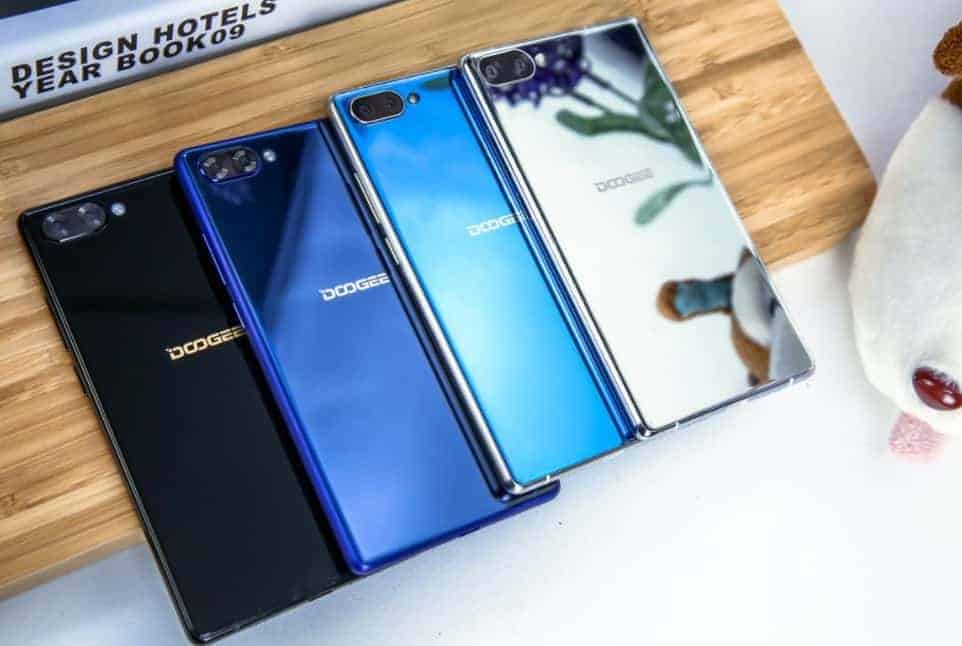 Which brings us to the final question. According to the survey results, the top three features that consumers like about the DOOGEE MIX is the full display, the dual camera, and the CPU. Of those three, the full display proved to be the absolute most popular feature with 53-percent of respondents voting for it as one of their three favorite features. Although the cameras were not too far behind with 46-percent voting for the cameras as one of their top three favorite features. 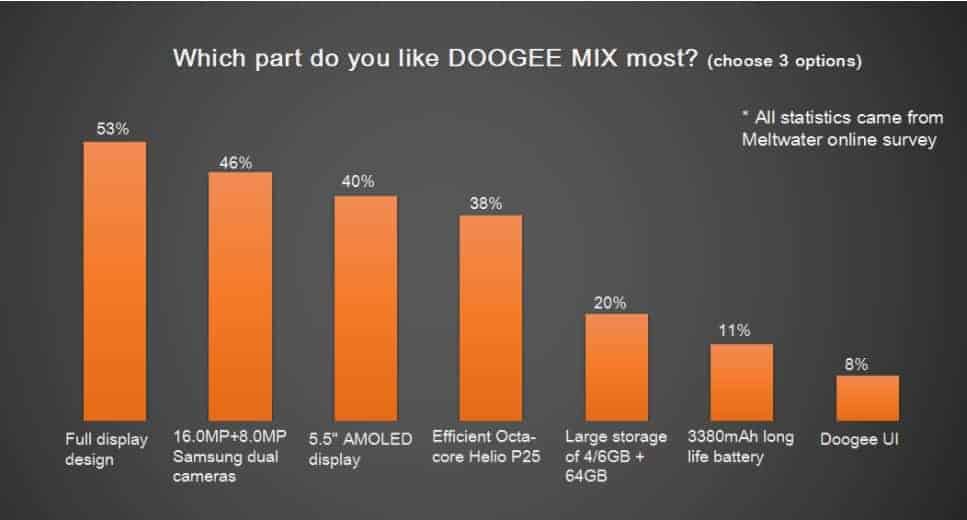 More info: DOOGEE MIX Buy the DOOGEE MIX
Advertisement
Trusted By Millions
Independent, Expert Android News You Can Trust, Since 2010
Publishing More Android Than Anyone Else
0
Today
212
This Week
712
This Month.
8149
This Year
109621
All Time
Advertisement