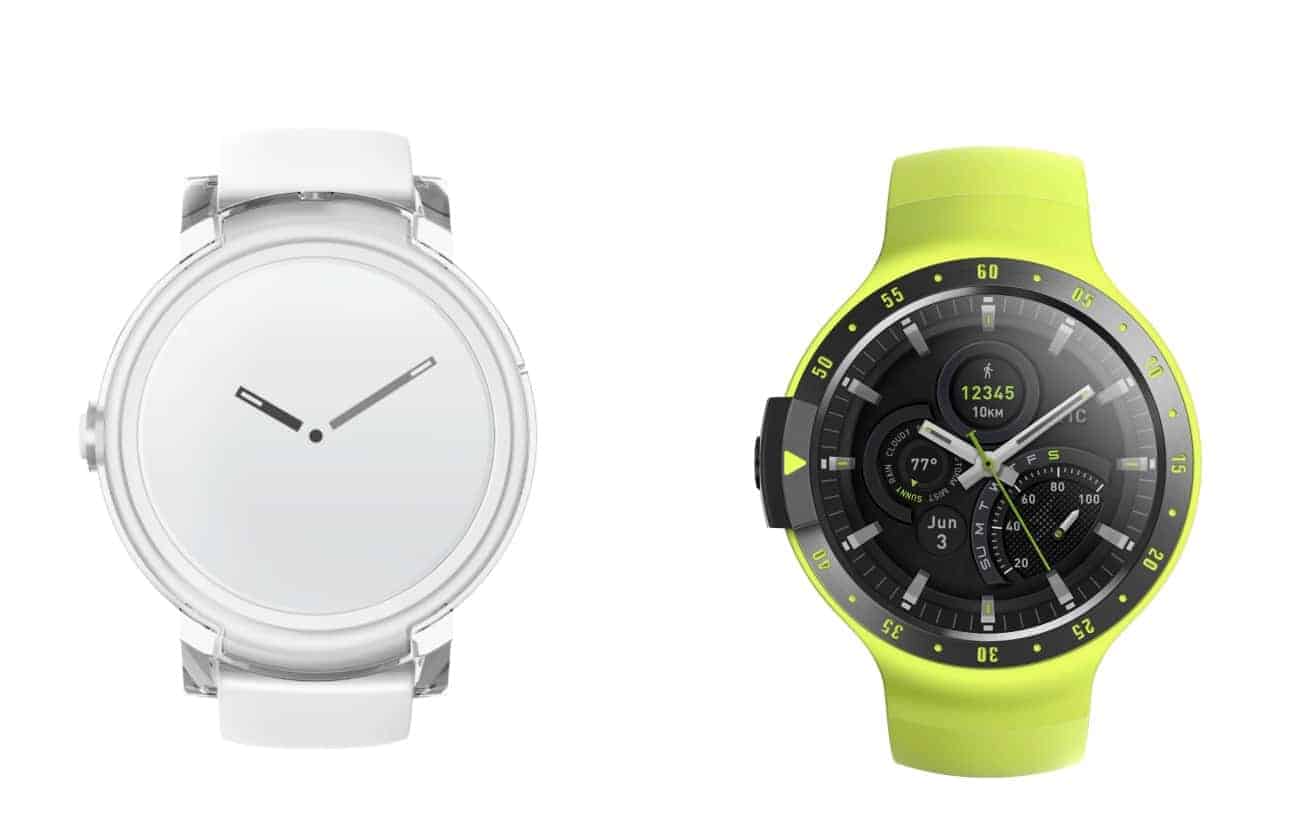 Both the Ticwatch E and Ticwatch S will be launching with Android Wear 2.0, and both watches will be fairly similar in more than a few areas. For starters, both watches come with a 300mAh battery and both come with 512MB of RAM as well as 4GB of internal storage space, and both actually use the exact same processor, which is the MediaTek MT2601 dual-core processor clocked at 1.2GHz. Each device also uses the same display panel – a 1.4-inch OLED screen with 287 pixels per inch. As for the rest of the specs, the Ticwatch E and Ticwatch S will feature Wi-Fi 802.11b/g/n support as well as support for Bluetooth 4.1, built-in GPS, a heart rate monitor, proximity sensors, gyroscopes, an accelerometer, and e-compass.

Both will also come in three colors which include black, yellow, and white options. Each watch is also IP67 certified which means it's resistant to dust and water, though they do differ slightly in size and weight. The Ticwatch E will weigh 41.5 grams and come with a 44mm diameter as well as a 13.5mm thickness, while the Ticwatch S will weigh 45.5 grams and come with a 45mm diameter and a 13mm thickness. Since both watches run on Android Wear 2.0, users will be able to expect the standard set of features when it comes to software and apps just like any other Android Wear smartwatch, though Mobovi is pre-loading both watches with its own first-party health and fitness applications. The Kickstarter campaign for the Ticwatch E and Ticwatch S goes live today and early bird pricing for both devices started at $99 for both, but that pricing is already sold out. The next prices up are $119 for the Ticwatch E or $139 for the Ticwatch S, though when both watches actually launch they will cost a bit more, with the Ticwatch E set to cost $159 at retail, while the Ticwatch S will retail for $199.