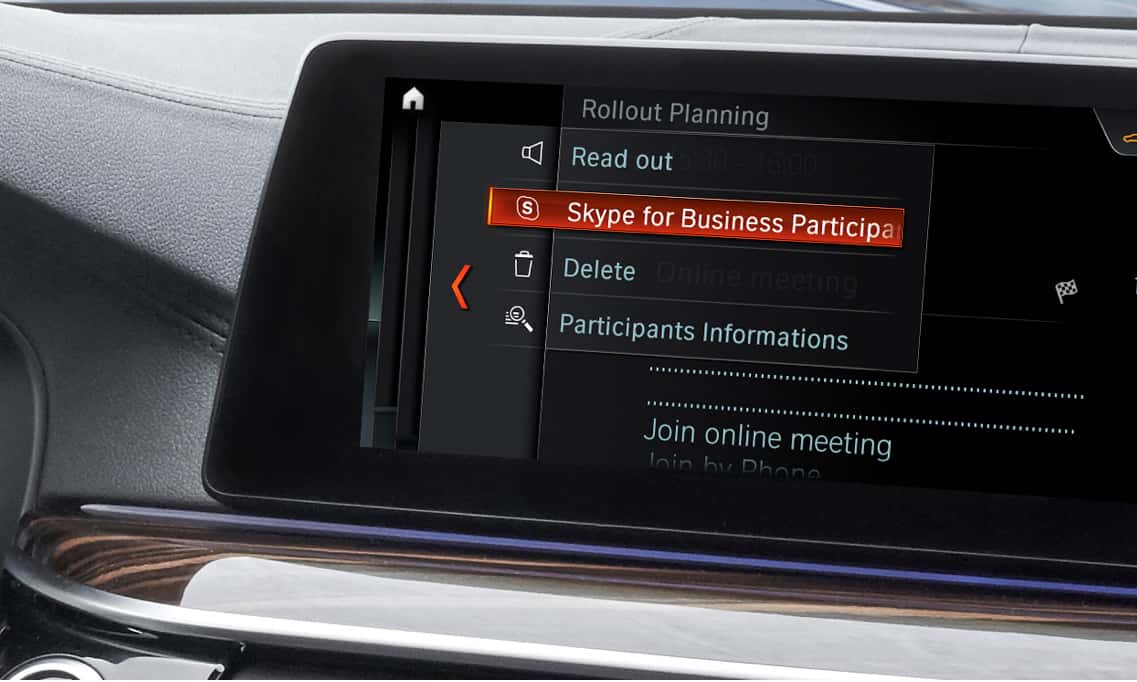 Microsoft's BMW partnership now includes Skype for Business, allowing those with a vehicle that's part of the most recent BMW 5 Series lineup the ability to engage in Skype for Business voice calls right from the comfort of the driver's seat. Of course, this new feature would also work well for anyone who is carpooling, perhaps on the way to a meeting where an actual face-to-face conference will be happening. If this sounds like something you'd want to have access to, it's worth noting that right now Microsoft confirms the Skype for Business inside the car will only be available in BMW 5 Series vehicles in a few different countries for the time being, which includes the UK, Germany, and France.

The lack of region availability certainly limits this new feature as there are many more Skype for Business users in other parts of the world where the feature isn't offered, Microsoft does state however, that it will be rolling out the new feature to other global regions soon, albeit without pinning down an actual date, or even a broad window of time. If you live in one of the areas where this will be available and you have one of the BMW 5 Series vehicles that rolled out at the end of last year, getting to the Skype for Business call feature will be accomplished by using the BMW iDrive system that's built-in to each vehicle, so interaction should be no different than accessing any of the other features as they're all handled through the in-dash infotainment system.

Skype for Business in BMW's 5 Series vehicles isn't alone as it's part of the same partnership that Microsoft announced with BMW last year, which initially began by offering Office 365 communications options through Microsoft exchange, a feature which is already live in those vehicles. Now, Skype for Business is a part of that, giving customers more options when it comes to communicating with team members, other companies, or anyone else that a person might be involved with professionally. While having the ability to enter a Skype meeting from the car is useful in itself, it's even more useful thanks to the ability for built-in software to alert drivers to upcoming meetings, which should mean no more having to miss out on important meeting calls because you might be stuck in traffic.