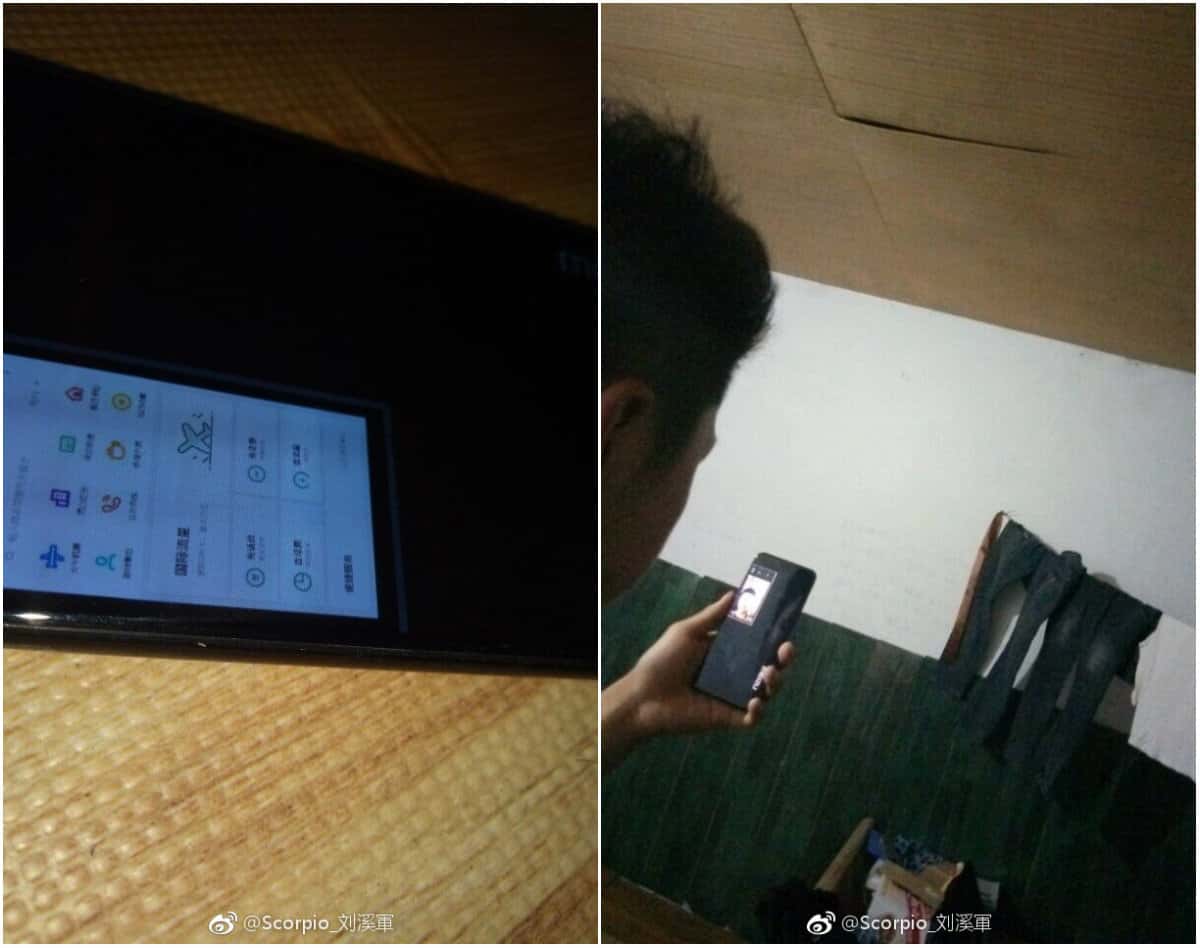 The Meizu PRO 7 has been leaking like crazy over the last couple of weeks, the phone actually surfaced earlier today in a new render, and now we have three new images to show you. If you take a look at the provided images down below, you will see both the phone's main and secondary display in action, and the last image even shows off something we haven't seen before, that secondary display used as a mirror for a selfie. It seems like you'll be able to take selfies with the phone's dual camera setup without a problem, as the secondary display will be able to show you exactly what you're taking a picture of, so the front-facing camera is not really needed here, aside if you want to use it for video calls or something, so that you have more real estate.

It seems like that secondary display will be a color display after all, not an E-ink panel as some earlier leaks suggested. That will give you quite a bit of utility, actually, and there's always a chance you'll be able to use it in black and white mode, which will be especially useful if Meizu is planning to include an OLED panel in this phone, on its back, that is. In any case, the Meizu PRO 7 is expected to arrive by the end of this month, at least if rumors are to be believed, considering that Meizu still did not confirm that the phone will arrive in July. The Meizu PRO 7 will be made out of metal, and some rumors even claim that it will launch alongside its big brother, the Meizu PRO 7 Plus, though that's not as likely, considering that the Meizu PRO 7 Plus is expected to land later this year with Samsung's Exynos 8895 SoC.

The Meizu PRO 7 will sport a front-facing fingerprint scanner, and that button will also double as a physical home key, and a capacitive back button. The Meizu PRO 7 will, allegedly, be fueled by the Helio X30 64-bit deca-core processor, and it will pack in 4GB or 6GB of RAM, it is even possible Meizu will release two RAM variants of this smartphone. A 5.2-inch fullHD or QHD AMOLED display is expected to be included on the front side of the phone, and Android Nougat will probably come pre-installed on the device, along with the company's Flyme OS skin.