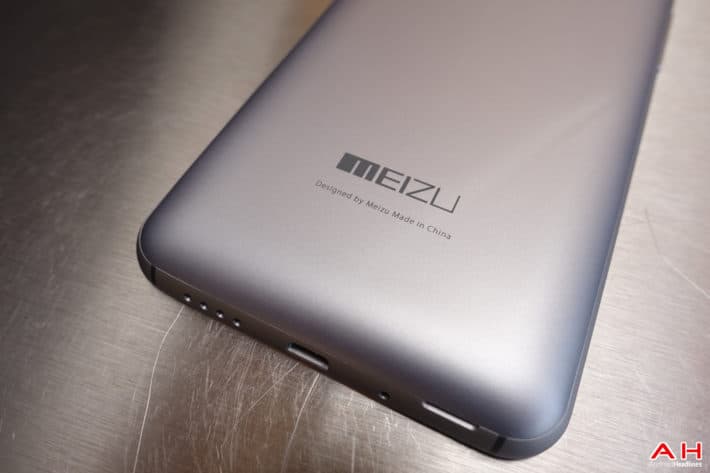 The Meizu PRO 7 has just been spotted in a Chinese TV ad, and even though the quality of the video provided by the source is not that great, it is still easy to see that this is the Meizu PRO 7 at the very end of the commercial, mainly because of its secondary display which is placed below the dual camera setup on the phone's back. The Meizu PRO 7 is actually expected to launch soon, and the latest rumor from China claims that the phone will arrive on July 26.

The provided commercial is not that long, it has a duration of only 10 seconds, but it represents yet another confirmation that the Meizu PRO 7 is on the way. The Meizu PRO 7 is expected to sport a metal body, and a front-facing fingerprint scanner. That fingerprint scanner will double as the phone's physical home key and a capacitive back button, which is something that basically every Meizu-branded devices in the last couple of years sports, the company's so-called mBack button. The aforementioned secondary display on the phone's back will either be an E-ink display, or a color panel, we've seen conflicting rumors when it comes to this, so we'll just have to wait and see what happens. The Meizu PRO 7 actually surfaced quite recently in a set of images and a video clip, which gave us a really good look at the phone, and even its Meizu PRO 7 Plus sibling posed right next to the Meizu PRO 7, though it's not that likely that Meizu will introduce both of those devices at the same time.

The Meizu PRO 7 is expected to sport a 5.2-inch fullHD or QHD AMOLED display, and this handset will be fueled by the Helio X30 64-bit deca-core SoC. The Meizu PRO 7 is actually the first smartphone that is expected to ship with MediaTek's new flagship processor, and the device will also pack in 4GB / 6GB of RAM, at least according to rumors. Android Nougat is expected to come pre-installed on the Meizu PRO 7, and on top of it, you'll get Meizu's custom UI, which is called Flyme OS. Several rumors said that the phone will launch before the end of this month, and one in particular mentions that it will land on July 26, but nothing has been officially confirmed just yet.