A high-ranking executive of the Chinese smartphone manufacturer Meizu posted images of the company’s flagship device, the Meizu Pro 7, on the microblogging site Weibo. This post comes a few days before the official launch of the aforementioned device on July 26th. The image included in the post shows a gray version of the device, which could be among the color options for the handset once it becomes available. The back also has a brushed metal pattern, giving the device a distinctive look and feel. Meanwhile, the secondary rear display in the image is displaying time and weather information. An antenna band that lines the bottom edge of the handset is also present in the image and adorning the rear panel is the Meizu logo at the lower right-hand side of the device.

The Meizu Pro 7 has been leaked numerous times over the past few months. The leaks and renders have all highlighted some of the key features of the said handset. The device will likely sport dual rear cameras, putting the handset on par with most of its flagship competitors. The cameras will be equipped with two 13-megapixel sensors, with each sensor identified as the Sony IMX386 and the Sony IMX286. It is not yet clear how the device it will implement its dual rear-camera feature but it will likely be clarified on the handset’s launch. Meanwhile, the device’s unique secondary rear display allows it to stand out from the competition. Videos and images have shown that the rear panel will support touch input, as evidenced by the mini-game displayed on the aforementioned screen.

Going into the device’s internals, the Meizu Pro 7 will likely be the first device to sport MediaTek’s flagship SoC, the Helio X30. The said chipset has ten 64-bit CPUs, separated into three clusters comprised of different processor architectures and clocked at different speeds. The handset will be equipped with a 5.2-inch Super AMOLED display with a 1080p resolution. Aside from the gray color, it is expected that smartphone will be available in variants of black, gold, and red as well. More information about the Meizu Pro 7 will likely be released on its launch on July 26th. 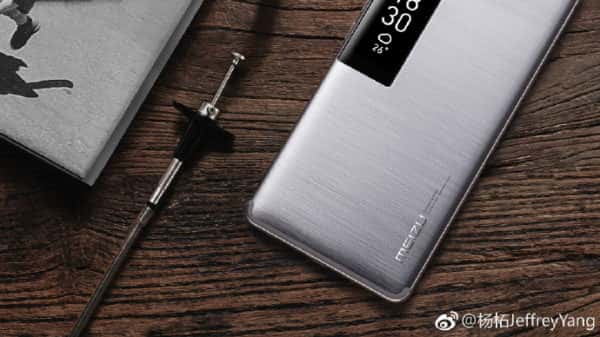