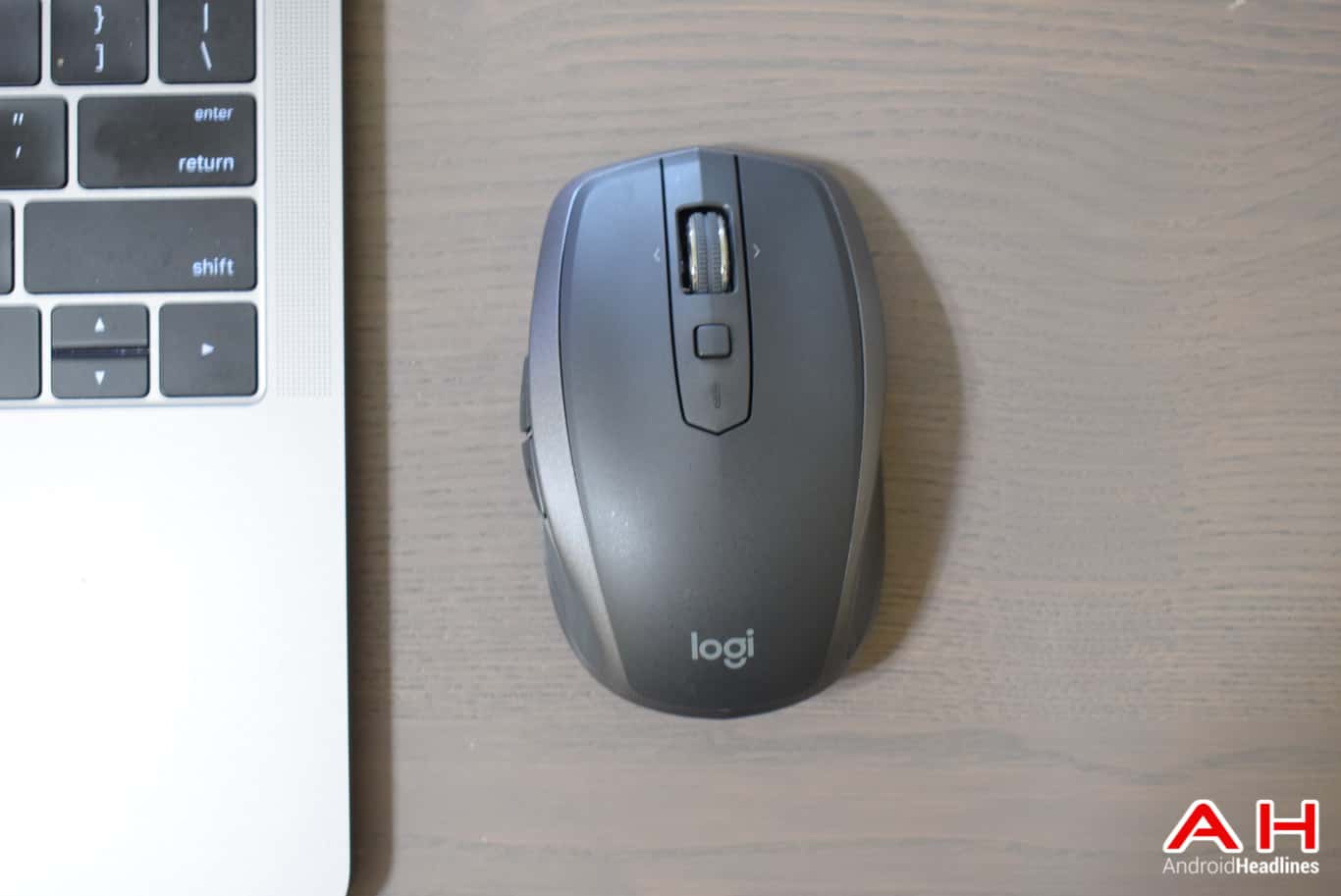 Logitech took the wraps off of two new mice just last month. The MX Master 2S and the MX Anywhere 2S, which are upgrades to its most popular line of mice. The MX Master 2S was already reviewed, and it's the larger and more expensive of the two. The Logitech MX Anywhere 2S comes in at $79.99, which is still pretty pricey for a travel mouse, but with the upgrades Logitech has given it, it seems to be worth the price. Let's find out if it's really worth the $79.99 price tag.

The biggest reason why people by the MX Anywhere 2S mouse is because of its size. It's a somewhat small mouse from Logitech, which makes it great for tossing into your bag and taking with you on the go. Definitely better than having to stick with the trackpad that is built into your laptop. Another big feature is the fact that it can work with three computers at the same time. It can remember all three and with the button under the mouse, you can easily switch. And that leads us into the biggest new feature of this mouse, which is FLOW. Logitech has made it easier to use this mouse on different operating systems. In fact, users can now actually use the mouse on a macOS computer and a Windows computer at the same time. Making it easy to do things on two machines at the same time. Now obviously that's a feature that many of us won't be using, but it's still good to have available.

For connectivity, there are three ways to connect this mouse to your laptop or desktop. You can plug in a micro USB cable and have it wired. Or you can use the included USB dongle. If your laptop is a newer one, it likely has Bluetooth connectivity, and this mouse can connect over Bluetooth, which is how we've been using it. The Logitech MX Anywhere 2S works great over Bluetooth, Logitech says that it has "long range", it doesn't say how long that range is, but it has worked great with the mouse being somewhat far from the machine it was connected to. It can also track virtually anywhere, which means you don't need a mouse pad anymore. It even works on glass, which we tried and were pleasantly surprised at how well it worked.

Battery life is another important factor in the MX Anywhere 2S. The battery lasts about 70 days, according to Logitech. Now since we have only had this mouse for a few weeks, it's tough to say if that 70 days is accurate, but it has only lost one of the three indicator lights since we've started using it. So it should last around 70 days or more. Recharging the MX Anywhere 2S is also pretty easy, just plug it into a micro USB cable and it'll be charged in a few hours. It's a good idea to charge it overnight so that you don't need to charge it while you're using it.

Logitech offers the MX Anywhere 2S in three colors – Graphite, Light Grey, and Midnight Teal. It's a great mouse to pick up, especially if you do a lot of traveling. It also has long battery life, which is always great to see in mice these days, even though it doesn't take long to recharge it. The MX Anywhere 2S is perhaps Logitech's best mouse yet, and anyone that sits at a computer all day is going to want one. Not only is it great at virtually everything, it is also ergonomic, so you don't need to worry about your hand cramping up while working. You can pick up the Logitech MX Anywhere 2S in all three colors from Amazon using the link below.

Buy the Logitech MX Anywhere 2S
Trusted By Millions
Independent, Expert Android News You Can Trust, Since 2010
Publishing More Android Than Anyone Else
44
Today
44
This Week
44
This Month
3218
This Year
104697
All Time
Advertisement