The LG V30 had leaked a number of times thus far, and the device has just popped up on Geekbench as well. The LG V30 is LG's upcoming flagship phablet, and this Geekbench listing actually reveals some spec details for us. According to the listing, the LG V30 will be fueled by the Snapdragon 835 64-bit octa-core processor, which will be clocked at 1,9GHz, says Geekbench. The device will also ship with 4GB of RAM, and Android 7.1.2 Nougat will come pre-installed on the LG V30, while you will be able to find LG's custom UI on top of Google's operating system.

Now, Geekbench also shared LG V30's benchmark scores, the device managed to hit 1,899 points in the single-core, and 6,350 points in the multi-core test on Geekbench. This is in line with other Snapdragon 835-powered devices, that's for sure, and unfortunately, that's pretty much all the info that this listing shared with us. Now, if rumors are to be believed, the LG V30 will sport a 5.7-inch QHD OLED display, and we're looking at LG's FullVision display here which comes with an 18:9 aspect ratio. The LG V30 will probably pack in 64GB of native storage, while it will ship with a dual camera setup on its back, much like the LG G6. Chances are that the LG V30 will include the same sensors on the back as the LG G6, which means we will get two 13-megapixel snappers here, one of which will include an ultra-wide-angle lens. A 3,200mAh battery will probably be included on the inside of this phone, and the device will be made out of metal and glass or only metal, that part is still unknown. The LG V30 will ship with IP68 certification for water and dust resistance, and chances are it will not include a secondary display this time around, at least not according to latest rumors.

If the recently rumored info is to be believed, the LG V30 will utilize its OLED panel, it will ship with an Always On feature, which will work similarly to a secondary panel we've seen in the LG V10 and the LG V20. This info is not confirmed, though, so take it with a grain of salt, it is still possible we'll see a secondary panel on the device. The LG V30 will be announced on August 31, LG already confirmed that. 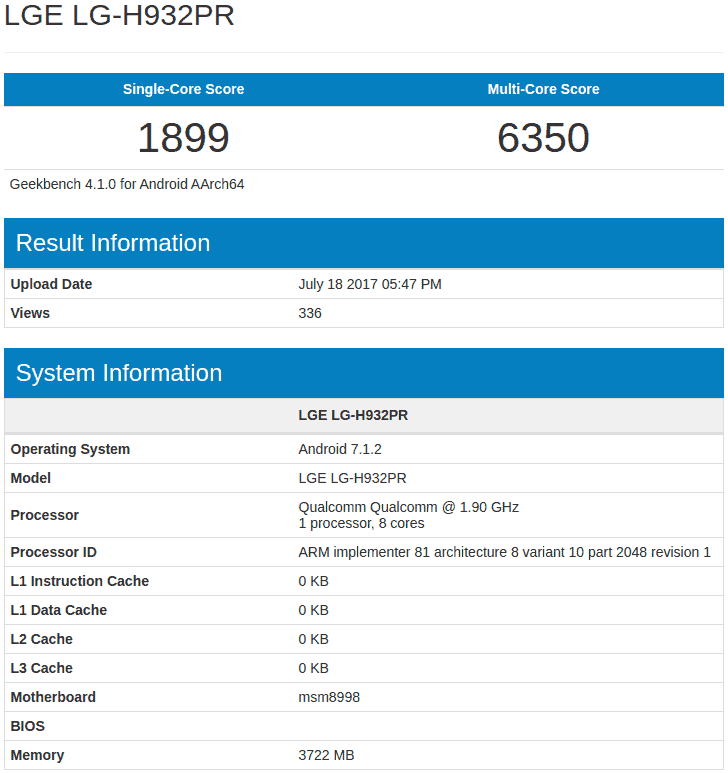