Android 7.1 (Nougat) may be hitting at least five LeEco devices in the near future, if a leaked photo that appears to depict testing firmware in ZIP files is any indication. The file names indicate that the update to Android 7.1 Nougat will bring the phones up to Ecosystem UI version 6.0.28. The phones in question are the Le 2, Le 2 Pro, Le Pro 3, Le Max 2, and Le S3. The picture shows a Windows folder full of ZIP files with names that paint them as EUI 6.0.28 updates for a number of LeEco devices, but since the screen is a bit cut off in the leaked picture, there could be more ZIP files not shown, which would mean that the update may be coming to more phones. There is no indication of exactly when the updates may hit.

LeEco’s EUI is known for being a somewhat slim and unobtrusive skin, but packing in a good number of features and a distinctive look. The jump to Android 7.1 will help build on this by incorporating new features like app icon shortcuts, a blue light filter, and rounded default items into EUI, along with a number of under-the-hood tweaks and bugfixes. Memory management is high on the list of fixes, as well as battery enhancement through changes to app prioritization and Android’s built-in Doze feature. LeEco’s own touches on the update have not been seen as of yet, since there are currently no phones running EUI version 6.0.28.

LeEco testing out such a major update on this many devices is a good sign for both the company’s fortunes and how it will treat users going forward. Even so, the omission of newer releases such as March’s Le Pro3 Elite, seems a bit odd. This may, of course, simply mean that the folders for those devices were outside of the portion of the screen depicted in the photo, as noted above. The company has suffered serious money issues in recent years, which ended up turning its entry into the US market into a flicker, and causing a large number of layoffs in international operations. While LeEco’s products are well-loved in China, the brand is relatively unknown outside of its homeland, which means that its expensive efforts to roll out in other countries have not been met with quite the reception that LeEco expected, in many cases. 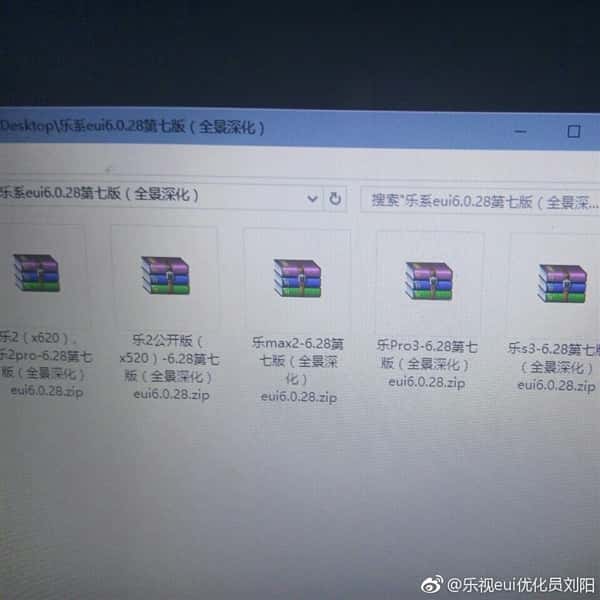