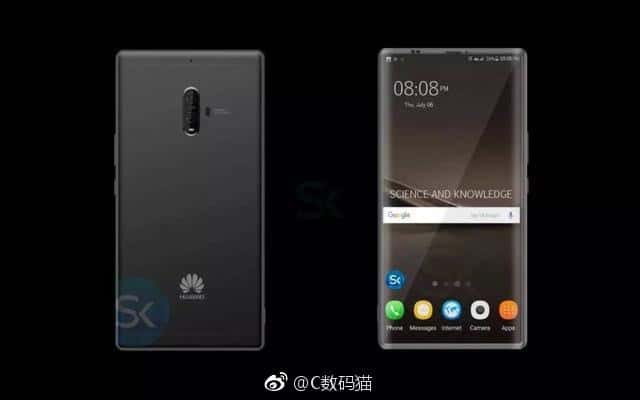 The Huawei Mate 10 was the subject of a new leak out of China yesterday, with one source providing some specifications of the device, as well as a few supposed renders of the thereof. While interesting, it should be noted that the newly emerged images could still be just a third-party concept. However, it’s possible that the images could be accurate and there have been several previous rumors about the upcoming smartphone that suggested it would have a bezel-less design, which is reflected in these pictures. Prior leaks have also pointed to the Mate 10 having four cameras, and in the new images purporting to show the handset, it’s clear that there are dual cameras on both the front and rear of the phone.

The same leak also gave some claimed specs of the device, such as a 5.8-inch display with 2K resolution, slightly smaller than the 5.9-inch screen of its predecessor, the Huawei Mate 9. Earlier this month, industry watchers speculated that the Mate 10 might use a new Full Active display panel from Japan Display Inc. with a 6-inch diagonal that had previously been rumored to appear on an upcoming Sony Xperia flagship. The rear dual camera setup of the phone is also said to be of the 34-megapixel variety, while the front-facing sensor should have 16 megapixels, according to the same source. Earlier leaks suggested that the Mate 10 will be running the Android 8.0 OS skinned with Huawei’s proprietary user interface on release, come in 6GB and 8GB RAM variants, and be powered by the HiSilicon Kirin 970 processor developed on the 10nm process node. Further rumors indicated the Mate 10 will have an iris scanner and some augmented reality (AR) capabilities made possible by an unspecified 3D-sensing solution, along with additional features that will make it stand out from the Mate 9.

There is plenty of anticipation for the Huawei Mate 10 and it’s thought that the smartphone could be released in October. If that is the case, the Shenzhen-based original equipment manufacturer (OEM) might choose to officially unveil the device at IFA Berlin 2017 that begins on September 1. More details on the device may follow in the coming weeks. 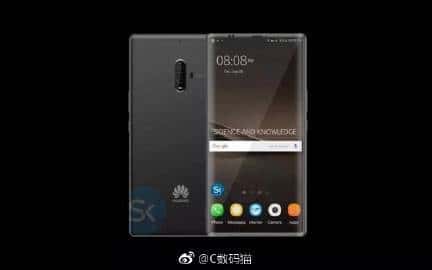