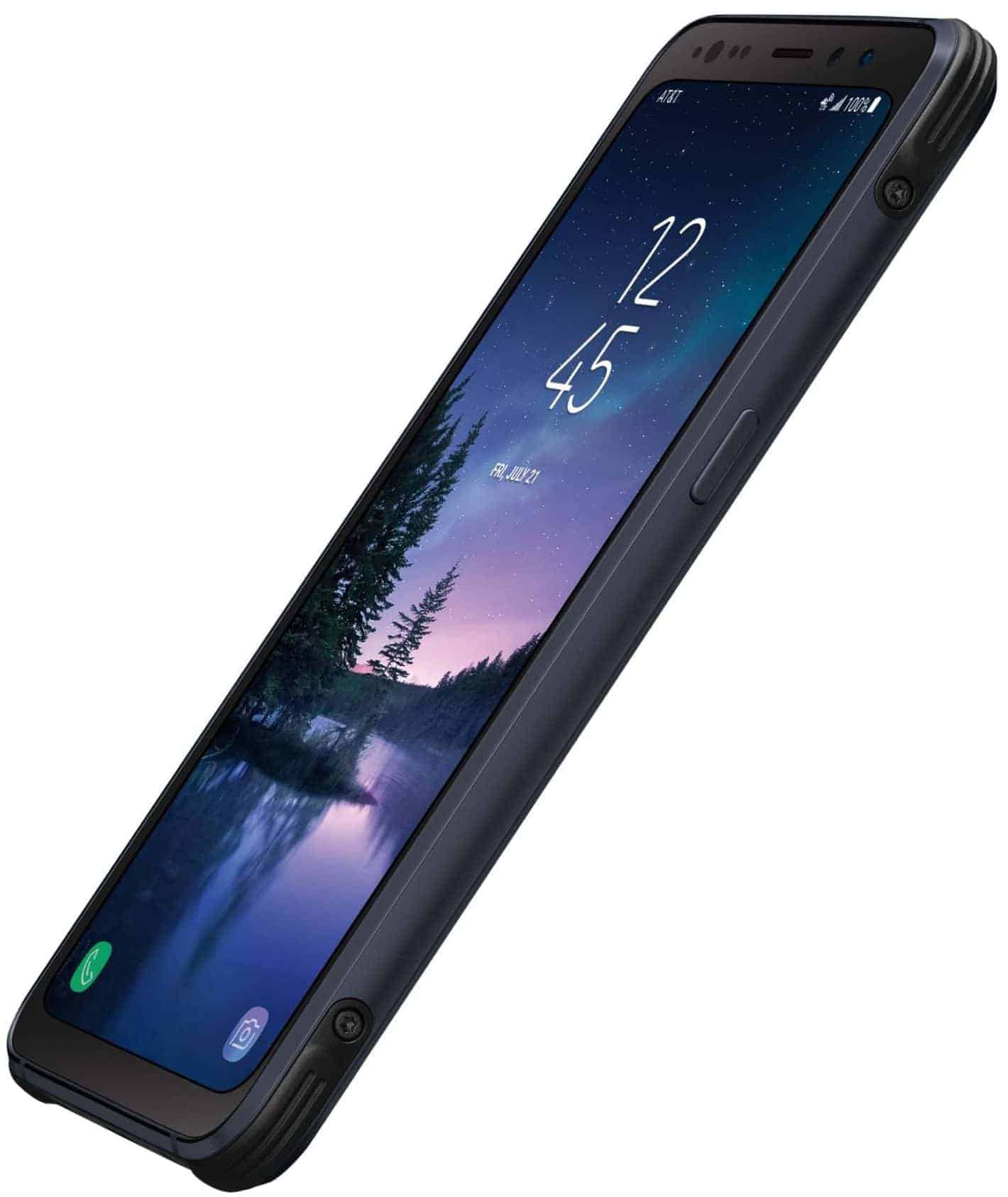 While the Galaxy S8 and Galaxy S8 Plus both feature a curved display, it looks like its active brother will have a flat display. Evleaks has just tweeted out a side profile of the upcoming Galaxy S8 Active, which shows that while it does still have a tall display with narrow bezels, it's no longer curved like the Galaxy S8 and Galaxy S8 Plus. That is likely to help keep it rugged, since that is the whole purpose of this device. The picture also shows that it's not as thin and lightweight as the standard Galaxy S8, but the power button is still on the right side of the device.

The Galaxy S8 Active will likely be heading to AT&T soon enough, and be an exclusive to the carrier. AT&T has had exclusives on the Galaxy S5 Active, Galaxy S6 Active and Galaxy S7 Active already, so it wouldn't be a surprise to see it again with the Galaxy S8 Active. The Active model is usually a bit more rugged than the regular smartphone. Even though the Galaxy S8 does have IP68 waterproofing, it will likely still fill out the military specs, so it could take a beating if it needed too. This is a pretty niche smartphone, but it does fill a gap in the rugged smartphone world. Since most smartphones do not come with high-end specs, if they are of the rugged variety, the Galaxy S Active series of smartphones fixes that. By offering the best specs and ruggedness.

There have been plenty of leaks and rumors about the upcoming Galaxy S8 Active, but so far nothing has been made official just yet. The device should be launching on AT&T (and perhaps other carriers) in the very near future, especially the with growing number of leaks and rumors of the device recently. The Galaxy S8 Active, will likely be around the same price as the standard Galaxy S8, possibly a bit more expensive since it is a bit more to make than a Galaxy S8, due to the military spec that it needs to hit. It should be made official fairly soon though.