The Kodak Ektra has been launched in India today and is set to be available for purchase in the country from tomorrow. It will cost Rs. 29,990 ($466) and happens to be a Flipkart exclusive that likely won’t be sold by any other retailer for the foreseeable future. The Kodak Ektra will only be available in Black, running on MediaTek’s flagship processor from 2016 – the Helio X20 clocked at 2.3GHz. The device also sports a 5-inch Full HD IPS display protected by Corning’s Gorilla Glass. Memory-wise, it packs 3GB of RAM coupled with 32GB of internal storage which can be expanded by up to 128GB via a microSD card slot.

One of the main selling points of the Kodak Ektra happens to be its rear camera, and it is unsurprising that Kodak focused on this aspect considering the firm is still widely known for its consumer-grade cameras. The main sensor featured on the device is a 21-megapixel shooter with an aperture of f/2.0 which is assisted by a dual-LED (dual tone) flash and supports Phase Detection Auto Focus (PDAF) and 6-axis Optical Image Stabilization (OIS). The primary imaging system found on the Kodak Ektra relies on the Sony IMX230 module equipped with a 26.5mm lens which is also protected by Corning’s Gorilla Glass. Selfies are handled by a 13-megapixel sensor located on the front of the device. The Kodak Ektra also features a dedicated camera button on its default Camera app boasts a full manual shooting mode.

Keeping the lights on is a 3,000mAh battery with support for fast charging which is charged via a USB Type-C port. One of the downsides of the Kodak Ektra is the fact that it is still running Android 6.0 Marshmallow out of the box, though it has already received a software update and will presumably be supported by the company for some time. Connectivity options of the device include 4G LTE, Wi-Fi 802.11 ac, Bluetooth 4.1, and GPS. The Kodak Ektra was first launched last October and is already available for purchase in Europe and the US for €499 ($572) and $399, respectively. The phone is manufactured by Bullitt Group, the same company which makes durable smartphones for Caterpillar. 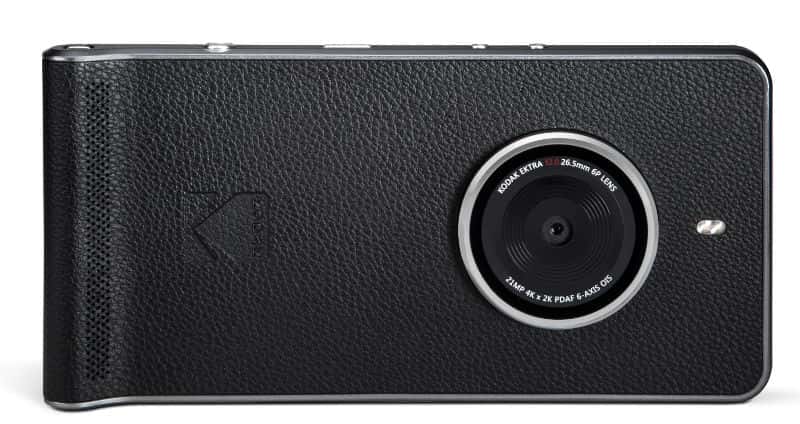