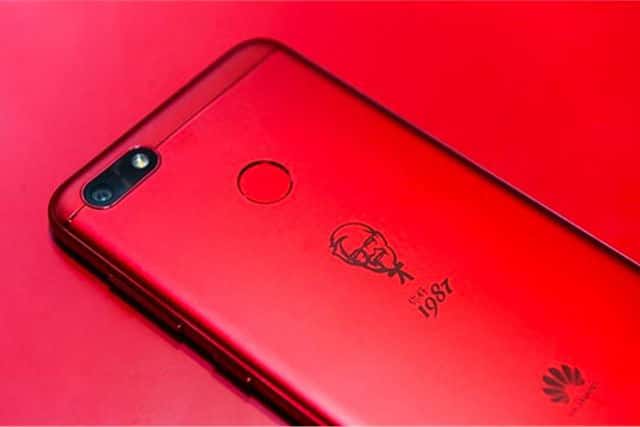 Kentucky Fried Chicken (KFC) announced a special edition of one Huawei smartphone to celebrate its 30th anniversary in China, adding that the device will be sold exclusively in the Far Eastern country in extremely limited quantities. The handset will be offered only in KFC’s recognizable red color and feature branding from both companies, as evidenced by its announcement video which can be seen beneath this writing. Initial reports indicated that the phone in question is called the Huawei 7 Plus, though that seems to be a mistake as it looks like the recently released Enjoy 7 which is also not to be confused with the Enjoy 7 Plus, also known as the Y7 Prime in certain territories.

No firm details regarding the hardware specifications of the upcoming handset have yet been given, though its internals are likely identical to those of the original Enjoy 7 that launched earlier this month. That particular model is equipped with a 5-inch LCD display panel with a resolution of 1,280 by 720 pixels and is powered by the Snapdragon 425, Qualcomm’s mid-range system-on-chip (SoC) with the Adreno 308 GPU. The base model of the device ships with 2GB of RAM and 16GB of internal flash memory, while its more premium variant features 3GB of RAM and 32GB of storage space. Both sport a microSD card slot and the more expensive model is presumably the one that will be re-released with KFC’s branding.

KFC and Huawei said the phone will ship with a price tag of 1,099 yuan, which translates to just under $162 and is the same price that the more powerful Enjoy 7 model is going for. Apart from KFC’s China anniversary, this year also marks Huawei’s 30th anniversary in general, though the Shenzhen-based original equipment manufacturer (OEM) has yet to commemorate it. The newly announced smartphone is said to come with a pre-loaded KFC app with 100,000 K Dollars that users will be able to spend on a jukebox service called K-music. Only 5,000 units of the device will be manufactured to commemorate KFC’s anniversary, with all of them being set to go on sale tomorrow, July 13. KFC likely opted for this unusual partnership in an effort to gain some extra publicity and presumably won’t see any significant financial benefits from the sales of the handset. 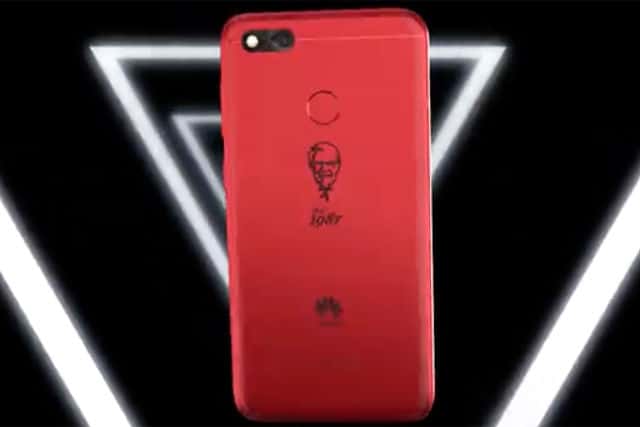