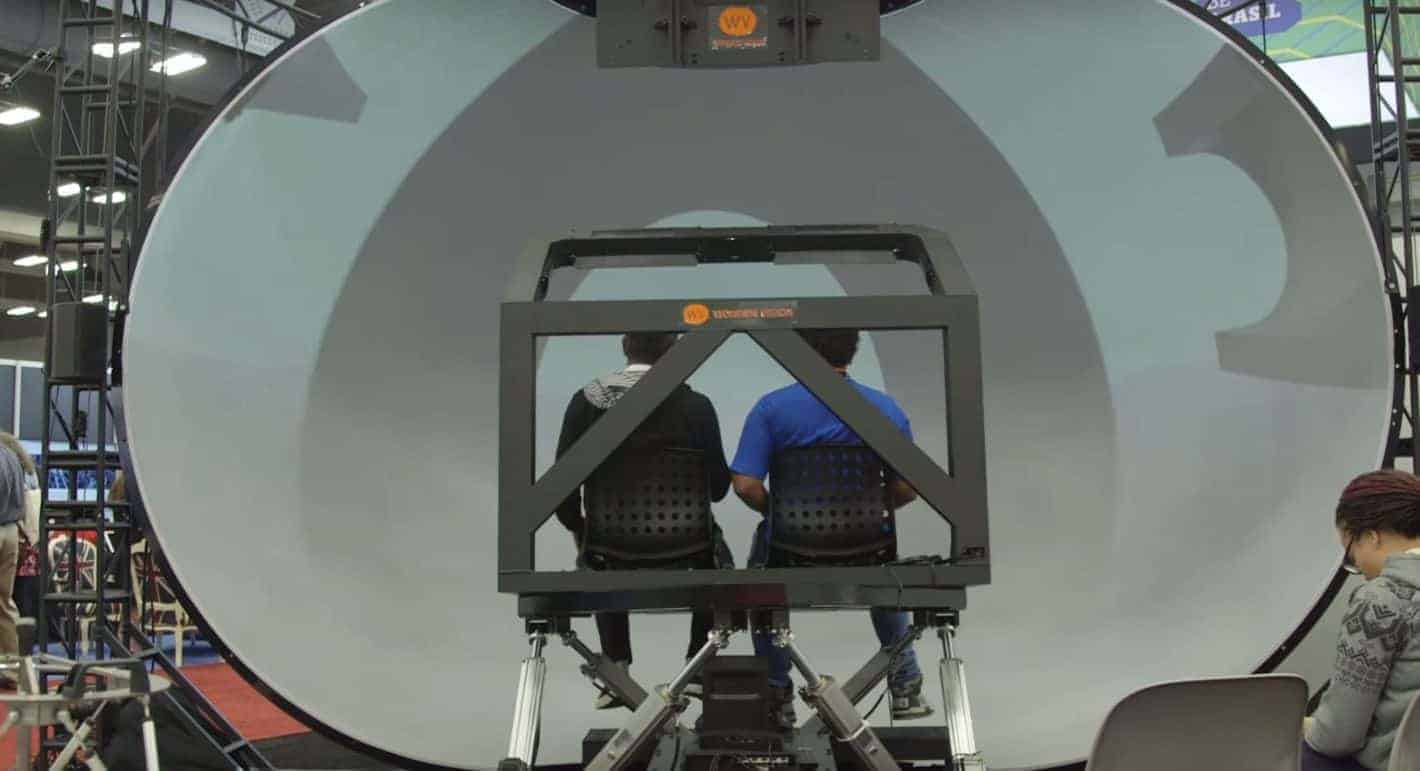 Japanese companies Wonder Vision, NHK Enterprises, NHK Media Technology, and RecoChoku Labo have worked together to create a new kind of a virtual reality experience called 8K: VR Ride. As you can see in the video below, the firms created what is essentially a large ride that virtually flies you through the streets of Tokyo by placing you in a big theme park ride without using any traditional headgear that is common among other VR headsets that are available to consumers.

As the name clearly suggests, it puts you in front of a large 8K screen that is semi-spherical. This is so that it completely covers your field of view to provide total immersion, just like a conventional VR headset. To put things into perspective, it’s 5.2 meters or 17 feet wide, 3.4 meters (11 feet) tall, and 2.6 (8.5 feet) meters deep. As you fly around Tokyo, the seat actually picks you up and moves around to make the experience a lot more immersive and realistic. Makoto Nakahira, one of the engineers responsible for the creation, said that the system allows you to experience images coming closer to you, which flat-screen solutions aren’t able to achieve. Still, it’s unlikely that this kind of technology will be available to consumers anytime soon due to the fact that its entire construction would be both impractical and expensive to install, even in the context of entertainment centers. Overall, this ride is more of a tech demo that just shows what the Japanese VR industry is currently working on, in addition to hinting at what the future of VR entertainment might hold.

The new system was officially announced this past Tuesday and will also appear at Japan’s Digital Content Expo 2017 in October. However, it was first displayed at SXSW 2017 in Austin, Texas, in March, as evidenced by the video below. Whether or not this kind of headset-less virtual reality catches on remains to be seen, though the creators of 8K: VR Ride seemingly didn’t even mention the possibility of commercializing this particular system. For the time being, the VR industry seems to be more adamant to pursue standalone VR headsets than headset-less solutions.