Google’s Hiroshi Lockheimer likes to drop hints and tease the names of upcoming Android versions, and the newest one seems to be “Orangina” for Android O. Orangina is a sweet carbonated orange drink found in France, and it’s featured on a picture that Lockheimer posted to Twitter recently, accompanied by an ambiguous #nocomment hashtag and a French flag emoji. The name is the most prominent on what seems to be an outdoor menu for a restaurant, commonly seen in downtown districts. The menu also contains onion and olive, two other things that start with the letter O, but Orangina stands out as the only sweet thing on the list.

If Orangina does turn out to be the name for Android O, it would be the first time that Android’s naming convention has strayed from desserts and candies, let alone spurning solids entirely for a drink. Orangina is not terribly well-known internationally, but is quite popular in its home country; enough so, in fact, to warrant Coca Cola buying out the juicy soft drink back in 1997. Still, Android’s naming convention thus far has stuck to well-known or even universal, unbranded desserts. Kit Kat, the name for Android 4.4, was about as non-universal as things have gotten thus far, and that Nestle confection is world-famous, even having country-exclusive flavor variants in many places around the globe.

It should be noted that Lockheimer previously teased Oreo as a possible name in a similar fashion. Oreo seems more likely than Orangina at this point because it not only sticks to the naming convention, but has been teased in the past; Google helped create a web-based Oreo minigame not long ago. Oatmeal cookie, a more universal dessert, was also teased as a possible name for Android O at one point, but the partnership with Oreo on the Space Dunk mobile game indicates that the branded cookie may have a better chance. Another indication is the fact that Oreo cookies were laid out for the press at this year’s Google I/O event, and unlike previous years, there has been no mention thus far of a contest for fans to pick a name for Android O. 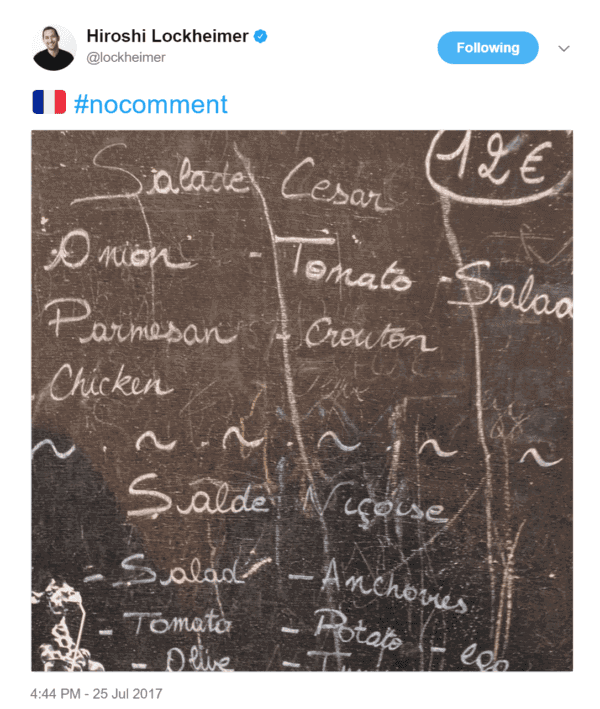