Huawei has launched its latest budget smartphone in China, and it comes in the form of the Enjoy 7. While not yet available for purchase, residents in China will be able to pick one up for 1,099 Yuan ($162) when it does go on sale. It will be available in a number of colors, including Red, Black, Blue, Streamer Gold, Champagne Gold, and Pink. In terms of design, the Enjoy 7 sports a similar look to the OnePlus 5 and the OPPO R11, though it packs a rear fingerprint scanner, unlike the other two devices.

The Enjoy 7 sports decent specs, including a 5-inch HD display with 2.5D glass. Under the hood, it is powered by the Qualcomm Snapdragon 425 chipset, making it one of the few Huawei handsets to be powered by a Qualcomm processor. Memory-wise, it comes with 3GB of RAM coupled with 32GB of internal storage and a microSD card slot. The company also announced a variant with 2GB of RAM and 16GB of internal storage, though its price is unknown at this point. When it comes to optics, the Enjoy 7 sports a 13-megapixel shooter on its rear, assisted by phase detection autofocus (PDAF) support and a regular LED flash. Selfies are handled by a 5-megapixel camera housed by the phone’s top bezel.

Keeping the lights on is a 3,020mAh battery that features the so-called Smart Electricity 5.0 technology, which is supposed to allow the battery to degrade at a slower rate compared to its alternatives. The aforementioned fingerprint scanner will supposedly allow users to unlock the device in 0.2 seconds, and the handset also features what Huawei refers to as the Ultra Memory technology. According to the company, this solution will compress background memory, giving users a more fluid experience with the Enjoy 7. The Enjoy 7 happens to be the smaller sibling to the Enjoy 7 Plus, which was launched a few months back. The latter device boasts somewhat better specs, including the Qualcomm Snapdragon 435 SoC, 4GB of RAM, and a better camera setup on both sides. Both smartphones also have noticeably different designs, with the Enjoy 7 having its rear camera on the right, while the bigger Enjoy 7 Plus sports its camera closer to the middle of its back plate. 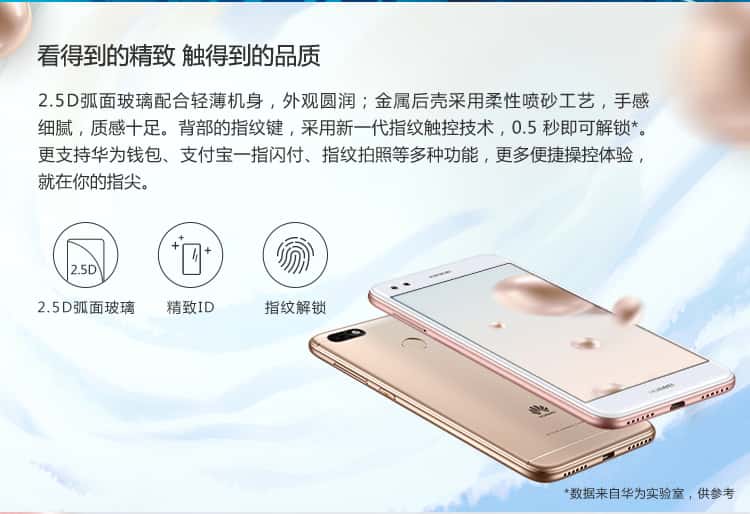