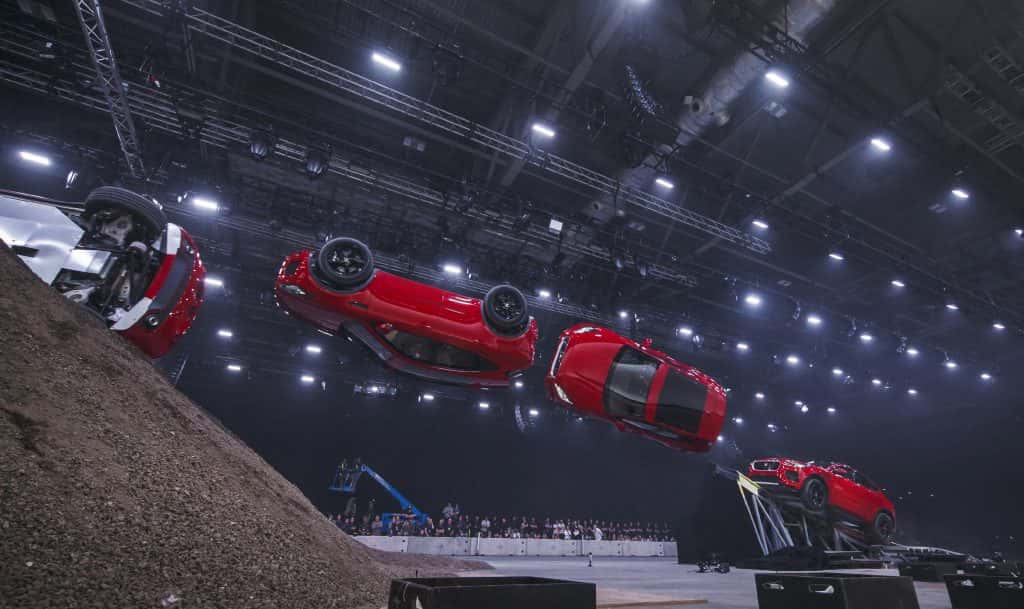 HTC has partnered with Jaguar for a Vive-based E-PACE vehicle launch, which happened at an event held by the two companies yesterday evening to celebrate the official unveiling of Jaguar’s new E-PACE vehicle. Though the unveiling did eventually include the capability to see the E-PACE in the flesh, or metal as it were, prior to the physical unveiling of the new car HTC and Jaguar had 12 VR pods set up around the event venue which collectively contained more than 70 HTC Vive VR headsets, with which attendees were able to interact with a special experience that was only available at the event that allowed them to catch a glimpse of the E-PACE in virtual reality.

This is HTC’s second time partnering with Jaguar for an event like this as the two companies joined together in November of 2016 to show off the I-PACE, Jaguar’s all-electric concept. For the E-PACE experience attendees were able to view the car from all angles by simply rotating it using the HTC Vive controllers, allowing them to get a better look at the vehicle before seeing it in person. Those who were at the event even got to ride in a virtual version of the E-PACE as it drove off a ramp in an attempt to complete a daring jump. While seeing the car in a virtual reality setting was no doubt a cool experience for all those involved, using the vehicle for a VR stunt was probably the highlight for some.

More than showcasing HTC and Jaguar’s willingness to work with each other to help pioneer new uses for virtual reality technology, last night’s event, with its seemingly successful execution, could convince other automotive companies to do something similar with their own vehicle launches in the future. In fact, Vive’s Vice President for B2B and Business Development, Herve Fontaine, states that the Vive team has been seeing “rapid growth” for VR adoption in the automotive space. With that, it’s quite likely that HTC could end up working with other automotive manufacturers for similar experiences (it’s already partnered up with Volkswagen for a different effort) to the one it just held with Jaguar on July 13th. Of course, all that depends on the willingness of other automotive manufacturers as well. 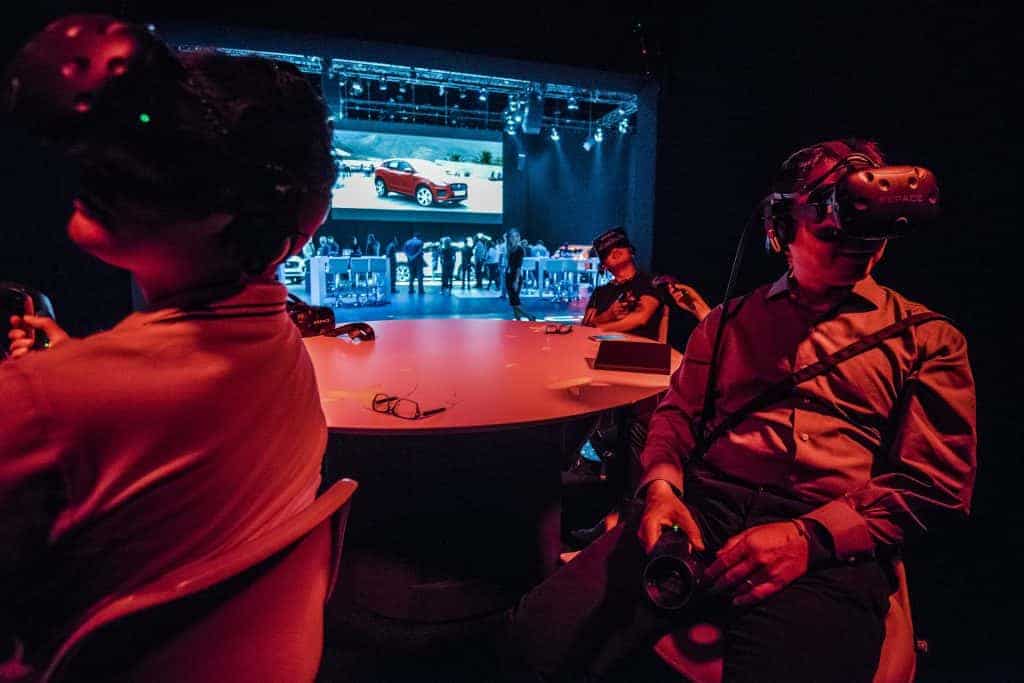