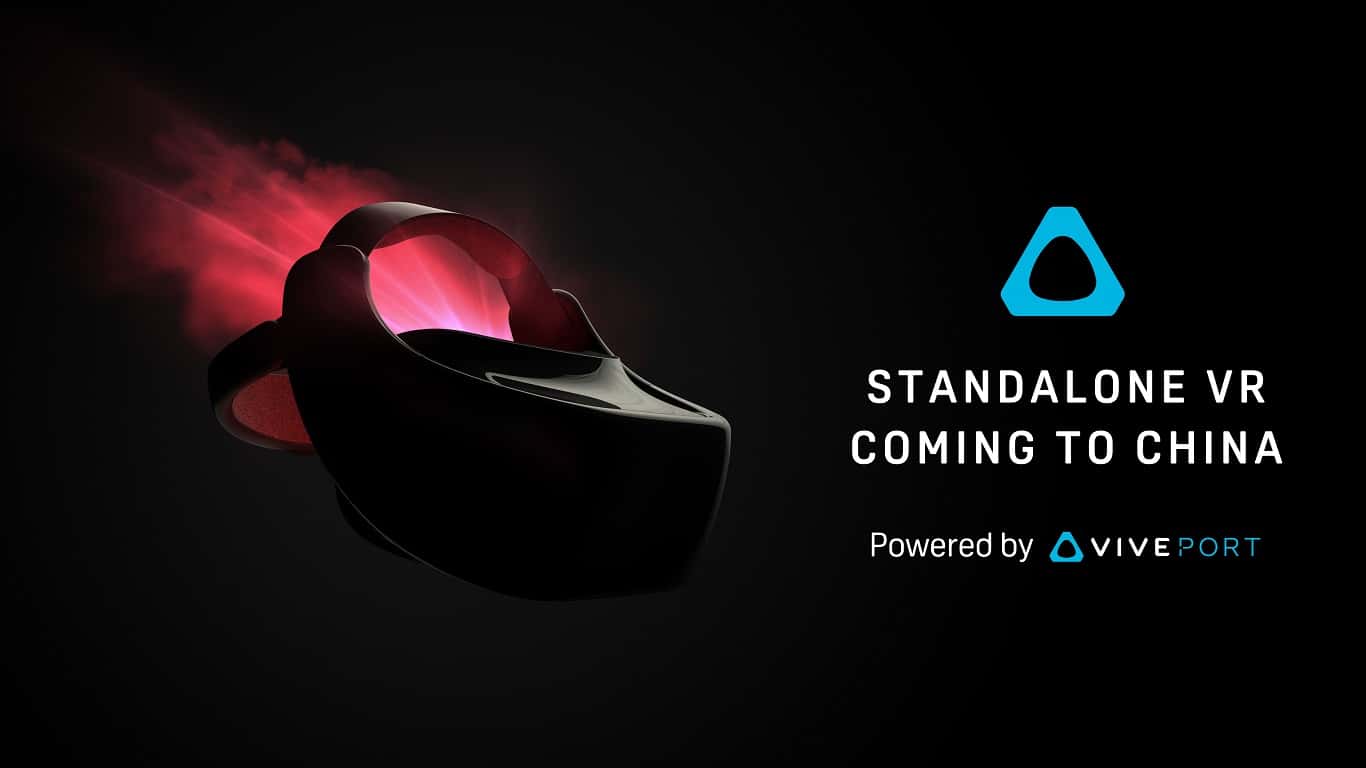 HTC, through its HTC Vive division, has today announced a new standalone VR headset. This however, is not the Daydream-powered headset that was previously announced by HTC and Google during Google I/O 2017. Instead, it is a headset that builds upon the HTC Vive portfolio in China. As at the moment, China is the only announced destination this new standalone headset will be en route to. In either case, this headset does represent the first of the Vive headsets to truly go mobile.

Although there is every chance that the hardware offered with this headset will be identical to that made available globally as a Daydream-powered headset, where this one seems to fundamentally differ is that like the main HTC Vive (non-standalone) headset, the new version makes use of HTC’s Viveport platform for content. That is not to say that the Daydream version will not have access to Viveport (something which is still an unknown), just that this model only has access to Viveport. Underneath though, the commonalities between the two models is apparent, as like the upcoming Daydream-supported version, this new China-based model is confirmed as coming powered by Qualcomm’s Snapdragon 835 mobile VR platform. From Qualcomm’s perspective, this now means that its Snapdragon VR reference design and standalone VR technology has for the first time made its way to a Viveport-powered headset. Marking an expansion beyond the numerous third-party manufacturers who have reportedly signed up to use the same technology for their respective Daydream-powered headsets. Essentially, adding weight to the Qualcomm Snapdragon 835 mobile VR platform’s stance as the backbone of standalone VR headsets – ones which not only do not require a PC to function, but do not even require a smartphone to function.

Besides, their mobility, one of the other big selling points on offer with standalone headsets (including this newly-announced China-based Vive Standalone VR headset) is their affordability. Without the need for additional hardware to function, these standalone units are expected to arrive at a more affordable price point, compared to traditional VR headsets. On this point however, HTC has yet to confirm the actual pricing of the Vive Standalone VR headset, or for that matter, the date in which it will become available to buy in China. Instead, it seems HTC has simply announced this new model is coming, and in doing so is actively reaching out to VR developers who may be interested in working on content for its standalone headsets. As in addition to the announcement of the headset, HTC has announced that interested developers can apply through the link below to be part of the process.