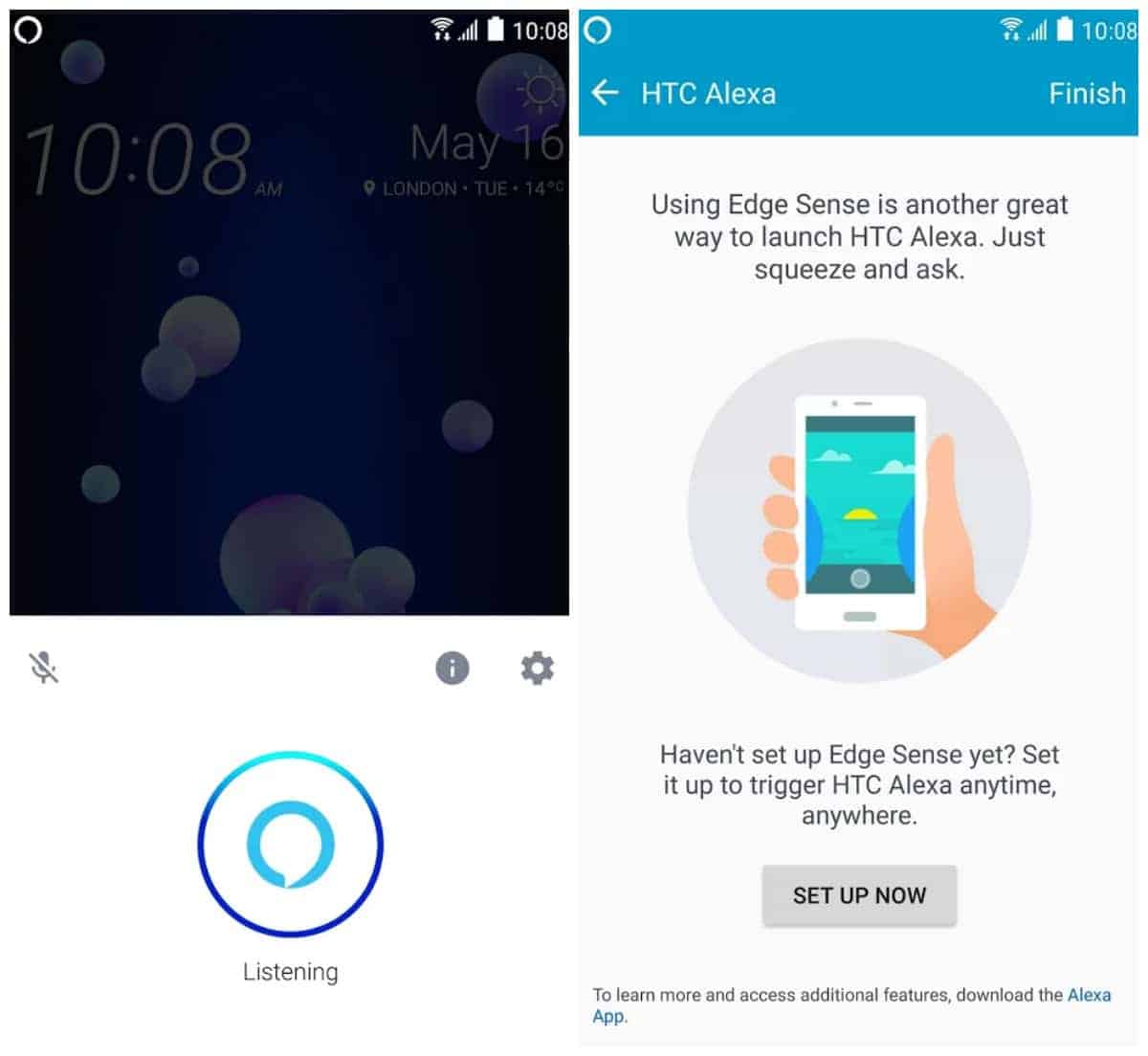 A recent report revealed that the HTC U11’s Edge Sense feature will be able to launch Alexa soon, and HTC has just announced that the company’s ‘HTC Alexa’ application is now available in the United States. For those of you who do not know, Alexa is Amazon’s very own cloud-based voice service, and by using this application, you can utilize Alexa on the HTC U11, and it’s worth noting that this app was developed by both Amazon and HTC, as the two companies partnered up in order to bring it to the HTC U11.

This application is now available for download from the Google Play Store, and you can grab it via the link down below. You will not be able to install or use this app if you do not own the HTC U11, so keep that in mind, and the app is currently available in the US only, but it’ll become available in Germany and the UK soon. HTC also said that the HTC U11 is the world’s first phone to feature always-ready, hands-free access to Amazon Alexa, thanks to the HTC Alexa application. You can ask Alexa a question, such as ‘Alexa, what’s the weather today?’ and Alexa will respond once your phone is unlocked. Now, in addition to that, HTC’s Edge Sense function can now launch HTC Alexa as well, though you’ll need to set that up before you use it, of course. Now, thanks to this application, you can now also listen to Amazon Music & Audible, receive flash news briefings, weather info, manage shopping lists, to-do lists, and so much more. It’s worth noting that the HTC U11 is currently available in the US, and you can get it for Sapphire Blue, Brilliant Black, Amazing Silver and Solar Red color variants. You can purchase the unlocked HTC U11 through Amazon.com and HTC.com, in case you’re interested.

The HTC U11 is made out of metal and glass, while it is fueled by the Snapdragon 835 64-bit octa-core processor. The device sports a 5.5-inch QHD (2560 x 1440) display, along with 4GB of RAM and 64GB of native storage. It is worth noting that the 6GB RAM variant of the device is also available in some regions, and that variant of the phone comes with 128GB of native storage. The HTC U11 sports a 12-megapixel OIS snapper on the back, and that’s one of the best mobile shooters in the market at the moment. Android 7.1 Nougat comes pre-installed on this phone, and on top of it, you’ll be able to find HTC’s Sense UI. The HTC U11 also sports a 3,000mAh non-removable battery, and Qualcomm’s Quick Charge 3.0 is also a part of the package.