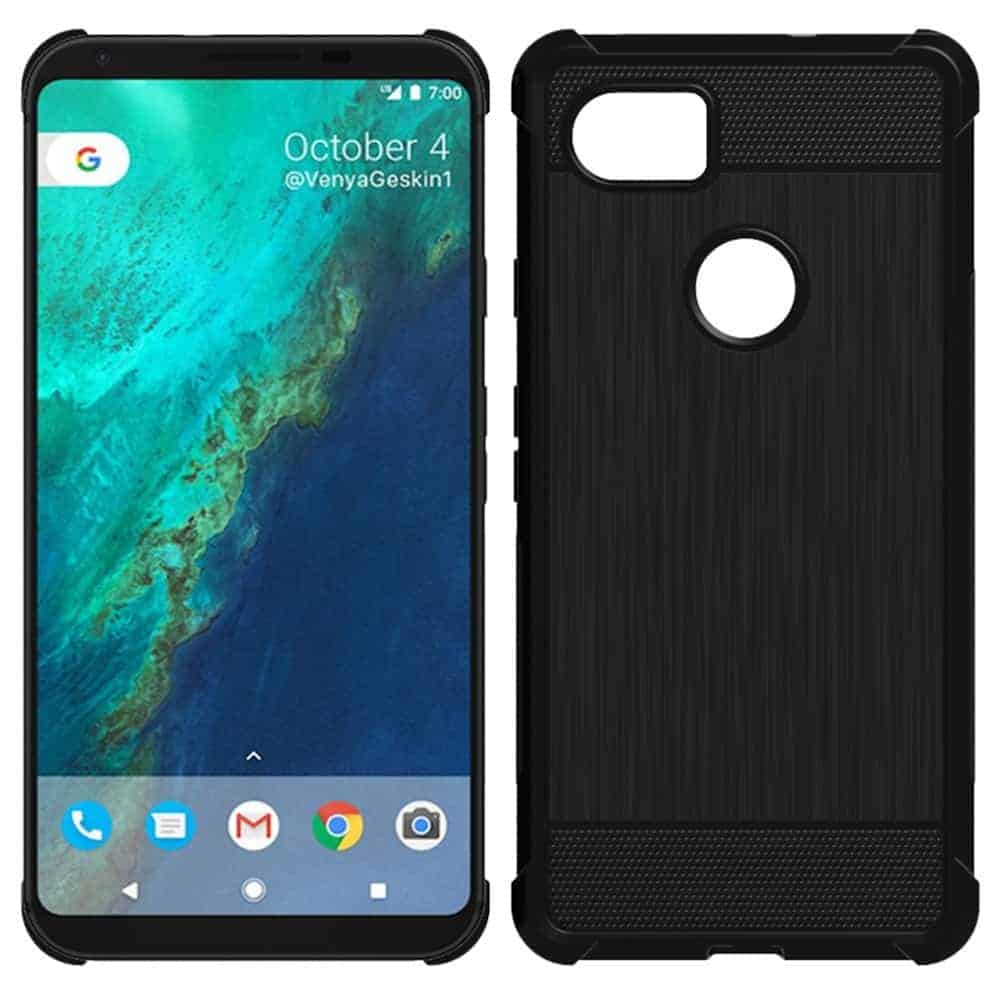 Four protective cases for the Google Pixel 2 and Pixel XL 2 appeared on Amazon, together with two screen protectors, one for each device. The case renders are largely in line with some previous supposed sightings of Google's upcoming flagship duo, showing two devices with nearly bezel-less designs that only differ in terms of screen size and camera setups. The phones depicted in the images that can be seen in the gallery below seemingly feature a tall aspect ratio that's rumored to amount to 18:9 and thus be identical to the Full Vision display panel of the LG G6. With the South Korean phone maker reportedly producing at least one of the two handsets, industry insiders previously suggested that Google will equip its next flagships with LG's screen modules, and the newly uncovered renders give more credence to that possibility.

It's currently unclear whether any or all of the new accessories listed on Amazon are based on accurate product information about the Google Pixel 2 and Pixel XL 2, though all of them can already be purchased for as little as $7.99. The cases and screen protectors are being sold by LK, MicroP, and Starhemei, three manufacturers of phone accessories that usually support a wide variety of different brands. The renders published by the companies indicate that the Google Pixel 2 will have a somewhat angled camera module compared to its larger counterpart, in addition to implying that both will boast circular fingerprint scanners centered in the top thirds of their rear panels. The handsets otherwise seem mostly identical and are shown as using on-screen system keys instead of a physical Home button. Both also seem to feature cut-outs for a 3.5mm audio jack, which goes against recent rumors that stated the smaller model will lack this conventional audio port. None of the listings contain any mention of the actual screen sizes of either the Pixel 2 or Pixel XL 2.

The Mountain View, California-based tech giant is still believed to be months away from officially announcing the successors to the original Pixel and Pixel XL. The 2016 handsets were revealed in early October and their follow-ups may be debut around the same time this year before hitting the market in mid-fall. In the meantime, anyone interested in getting their hands on any of the newly unveiled unofficial cases or screen protectors for the two smartphones can do so on Amazon.