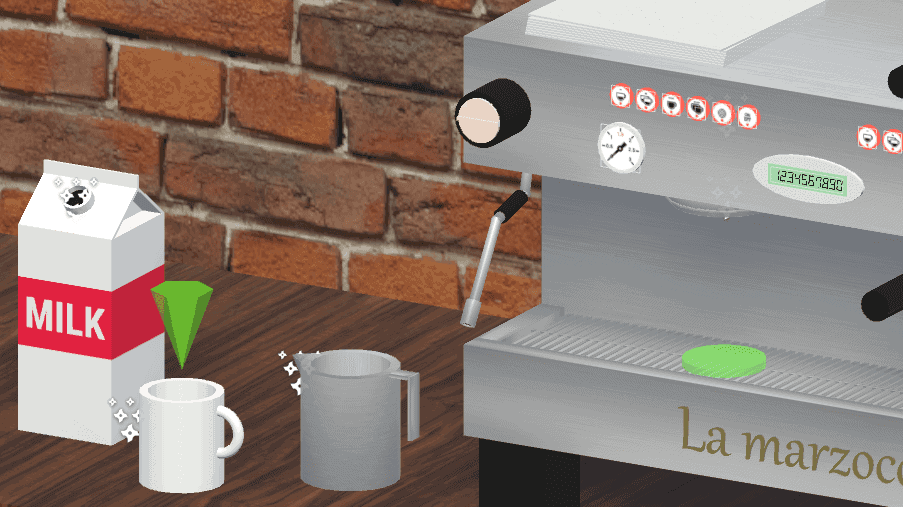 Google Daydream Labs recently ran an experiment, using Virtual Reality (VR) technology, to see how well people learn new skills using the emergent interface. They created a virtual kitchen with a 3D model of an espresso machine, complete with reactive knobs and buttons. Included in the experience was a tutorial, teaching you how to operate the machine to make espresso. The lab then had people use the tutorial, to see how quickly and accurately they could learn the process through VR versus another group learning the same skill through a series of YouTube videos. Both groups were allowed to go through the learning process as many times as they wished. At the end, the lab gave the participants a detailed report of how well they learned the skill as well as the quality of their coffee.

The results were promising. People learned slightly faster using the VR experience and with fewer mistakes (although Google Daydream Labs admitted that the real-world espresso that both groups made was pretty terrible). The experiment showed Daydream Labs where some of the limitations currently are with virtual learning, as some of the haptic feedback just doesn't adequately mimic the real world counterparts. Likewise, the hand controls are currently not sensitive enough to warn someone of dangers like touching a hot nozzle. They found the VR experience could not fully replace having a person right there, grabbing your hand away from danger.

The experiment also showed the researchers the ways in which people follow (or don't follow) instructions in a virtual setting, allowing them to tweak their tutorial in order to produce better outcomes. One thing researchers noted was that once people had real world experience, many of them returned to the VR tutorial with better context and ability to execute the instructions. With Google's focus on education, it will be exciting to see where experiments like this and future ones lead. Already VR can take classrooms of students on field trips to places that otherwise would be inaccessible, allowing students to experience their curriculum in more immersive ways. As the technology surrounding virtual reality continues to develop, experiments like this will shape the future of learning, both inside and outside the classroom.