Pricing has now been revealed for 4 up-and-coming Moto Mods in Germany, if not for all of Europe, via a Reddit thread started by a user posting under the handle "terminatorovkurac." The Redditor also posted an image of a conversation allegedly between themselves and the company, which purportedly proves the prices that the modular add-ons will be sold at. Unfortunately, there is no way to verify the authenticity of the claims or the image, so it may be best to take this news with a grain of salt, just in case. There is also no guarantee that the prices – even if they are correct for Germany – will be the same throughout Europe, although they should be similarly priced even if they aren't the same.

There are said to be a total of five Moto Mods, according to the post. To begin with, Moto's Style Shell mod adds both protection and wireless charging through either Qi and PMA standards and is priced at €49, according to terminatorovkurac. The Moto TurboPower Pack, which adds a 3,490mAh battery pack, is set at €69. Meanwhile, JBL's SoundBoost 2 is set to sell for €99, according to the Reddit post, and allows for sound settings to be tweaked with a much greater amount of depth through an accompanying Android Application.

Finally, the Moto GamePad mod adds a gamepad with a directional pad, analog sticks, and four buttons, effectively turning any member of the Moto Z family into a full-blown handheld console, and is said to cost €89. Pricing for the new Moto Mods has already been revealed for other parts of the world, such as the U.S., and the pricing listed on the Reddit posting appears to be fairly similar to what would be expected based on those other prices. The modular attachments work with members of the Moto Z series of devices, including the new Moto Z2 Play. It is also likely that they will work with at least some future members of that family of smartphones. It bears repeating that, until Lenovo-owned Motorola announces the pricing officially, it may be best to view the prices outlined here with mild skepticism. Prices aren't always set in stone and can be changed up until they are revealed officially. 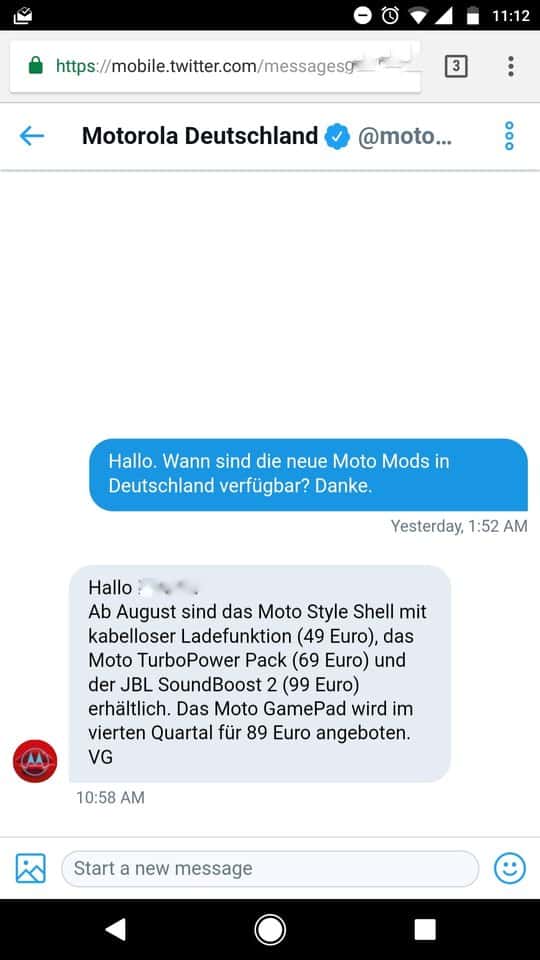