An image of the upcoming Sharp FS8016 emerged online, revealing the smartphone in a multitude of color variants and showcasing a dual camera setup on its rear panel. Based on this first sighting of the Sharp-made device, the supposed Sharp FS8016 will be offered in eight different colors, namely white, black, red, light green, purple, pink, dark blue, and light blue. The picture also reveals that the handset will come with a dual camera setup which will be vertically stacked, and will be accompanied by a regular LED flash. At the bottom of the device, a USB Type-C port can be seen, placed between two speaker grills. The price of the device has also been revealed by industry insiders, with sources speculating that it will cost around 3,500 yuan ($514).

The rear side of the device doesn’t pack a fingerprint scanner, so such a sensor will likely be located on the front of the handset, presumably embedded into its physical Home button. The design of the rear of the Sharp FS8016 is also seemingly similar to a recently leaked image of the upcoming iPhone 8 due to the vertical dual camera setup of both devices. The Japanese company is expected to reveal two smartphones, the Sharp FS8016 and FS8010 later this month, July 17, and both are expected to feature full-screen displays. While the specs of the handsets have already leaked through various benchmarks over the past month, a dual camera setup isn’t included in any of those spec sheets. Instead, previous information suggested that the smartphones will sport a 12-megapixel shooter on their rears, while selfies will be handled by an 8-megapixel camera.

In terms of specs, the Sharp FS8016 is rumored to boast a 5.5-inch display with a resolution of 2,040 by 1,080 pixels, which translates to an aspect ratio of 17:9. Under the hood, it is expected to be powered by Qualcomm’s latest mid-range processor, the Snapdragon 660 SoC. Memory-wise, the Sharp FS8016 will pack 4GB of RAM coupled with 64GB of internal storage, according to previously leaked information. The device will be running on Android 7.1.1 Nougat out of the box that will likely be modified by the Japanese company to a degree. The Sharp FS8016 is expected to compete in the mid-range market segment, as the company already has a high-end device for this year, having released the Sharp Aquos R in April. 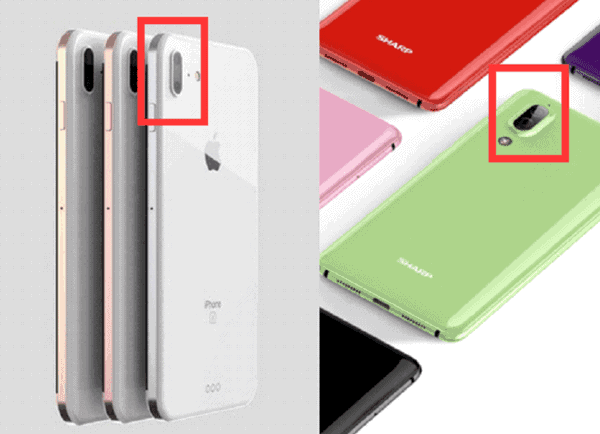