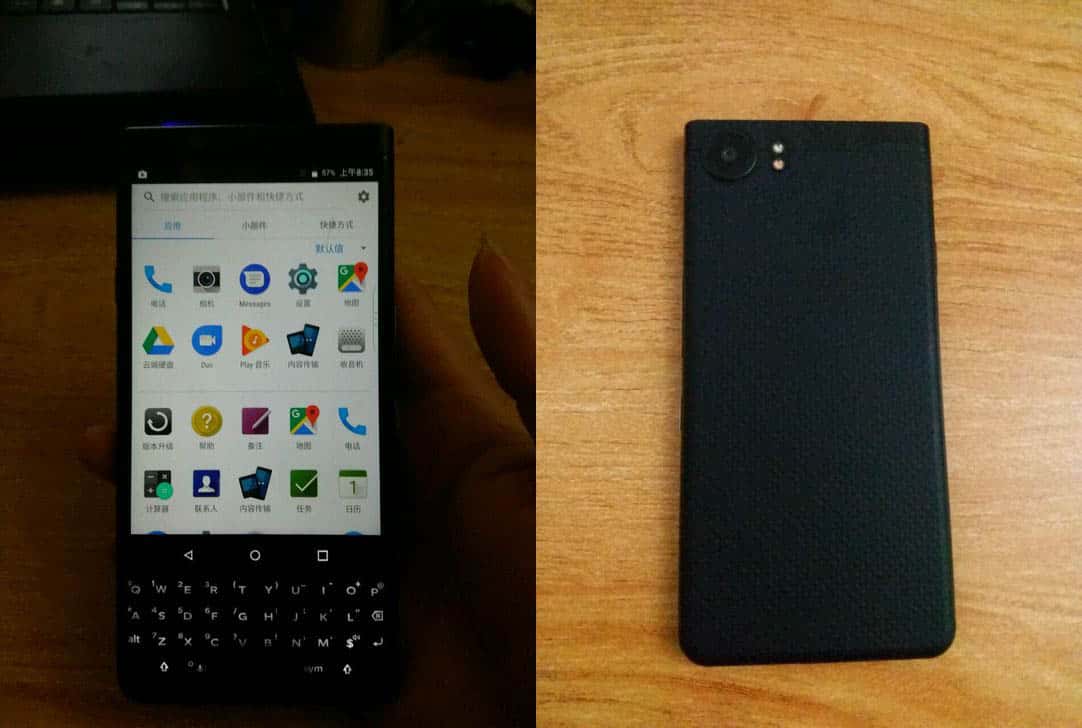 An entirely black version of the BlackBerry KEYone has been leaked, with its launch expected to take place on August 8. A retail listing of what is likely a pre-production unit of the device gave consumers a glimpse of how an all-black BlackBerry KEYone would look like. While a black version of the smartphone has been on sale for quite some time, its top and edges are colored gray, whereas this particular variant features only a single color, thus offering a somewhat more consistent look that some consumers may find to be more appealing.

Aside from the color change, most of the other external components of the all-black BlackBerry KEYone will remain the same. The handset is equipped with a full-fledged physical keyboard, a rarity among Android devices, with this particular module boasting support for gestures, swipe input, and shortcuts that can be assigned to almost every key of the device. A fingerprint scanner is embedded into the keyboard's space bar, providing a quick yet secure way to unlock the handset. Another feature that helps the device stand out is the 4.5-inch 1080p display, with a unique aspect ratio of 3:2. The screen is protected against scratches and drops by a sheet of Corning's Gorilla Glass 5, the Canadian tech giant previously revealed.

The BlackBerry KEYone is powered by the Snapdragon 625 chipset, a power-efficient SoC offering from Qualcomm. This chipset is comprised of eight ARM Cortex A53 64-bit cores clocked at 2.0GHz and the Adreno 506 GPU clocked at 650MHz. The handset is also equipped with 3GB of RAM and 32GB of internal flash storage, which can be expanded by a microSD card by up to 2TB. For the device owner's imaging needs, the BlackBerry KEYone sports a 12-megapixel rear camera and a front camera equipped with an 8-megapixel sensor. It is rumored that the all-black version of the BlackBerry KEYone will be launched in China, though it remains to be seen whether this particular variant of the enterprise-oriented device also eventually makes its way to other territories. It is also likely that the information regarding its pricing and availability will surface come early August.