The Xiaomi Mi 5X actually surfaced quite recently, and the company has just confirmed that the device is coming, and that it will be announced on July 26 with MIUI 9 OS. Now, Xiaomi has confirmed this through its official Weibo (Chinese social network) page, while the company also teased the arrival of the phone via its global Twitter account, which suggests that the phone will become available outside of China at some point as well. It is worth noting that the phone will launch in China on July 26, and other countries will have to wait a bit in order to get this phone.

Now, the company confirmed all this via a teaser image for the Xiaomi Mi 5X. This image actually reveals the back side of the device, it confirms that the phone will be made out of metal, and that it will ship with a rear-facing fingerprint scanner. Now, a dual camera setup on the back is also easily noticeable, and so is a dual-LED flash which is located next to it. This seems to be a Gold variant of the Xiaomi Mi 5X, though chances are Xiaomi will introduce more than one color option for the Xiaomi Mi 5X. Chinese actor, Kris Wu, is actually the person that is holding the Mi 5X in this image, and he’s obviously Xiaomi’s Mi 5X ambassador.

Having said that, the Xiaomi Mi 5X is actually expected to sport a 5.5-inch fullHD (1920 x 1080) display, along with 4GB of RAM. The device will probably ship with the Snapdragon 625 64-bit octa-core processor, while it will become available in Black, Gold and Rose Gold color variants. If rumors are to be believed, this phone will end up costing 1,999 Yuan ($295). Now, the arrival of MIUI 9 is probably more interesting to some consumers than the Mi 5X. Xiaomi will showcase its new version of MIUI on July 26, though chances are it won’t become available that soon, as the company confirmed recently that it will launch before August 26, but it’s probably going to arrive in August, not July. The Mi 5X will probably ship with MIUi 9 out of the box, and the Mi 6 is expected to be the first smartphone to receive MIUI 9 update. 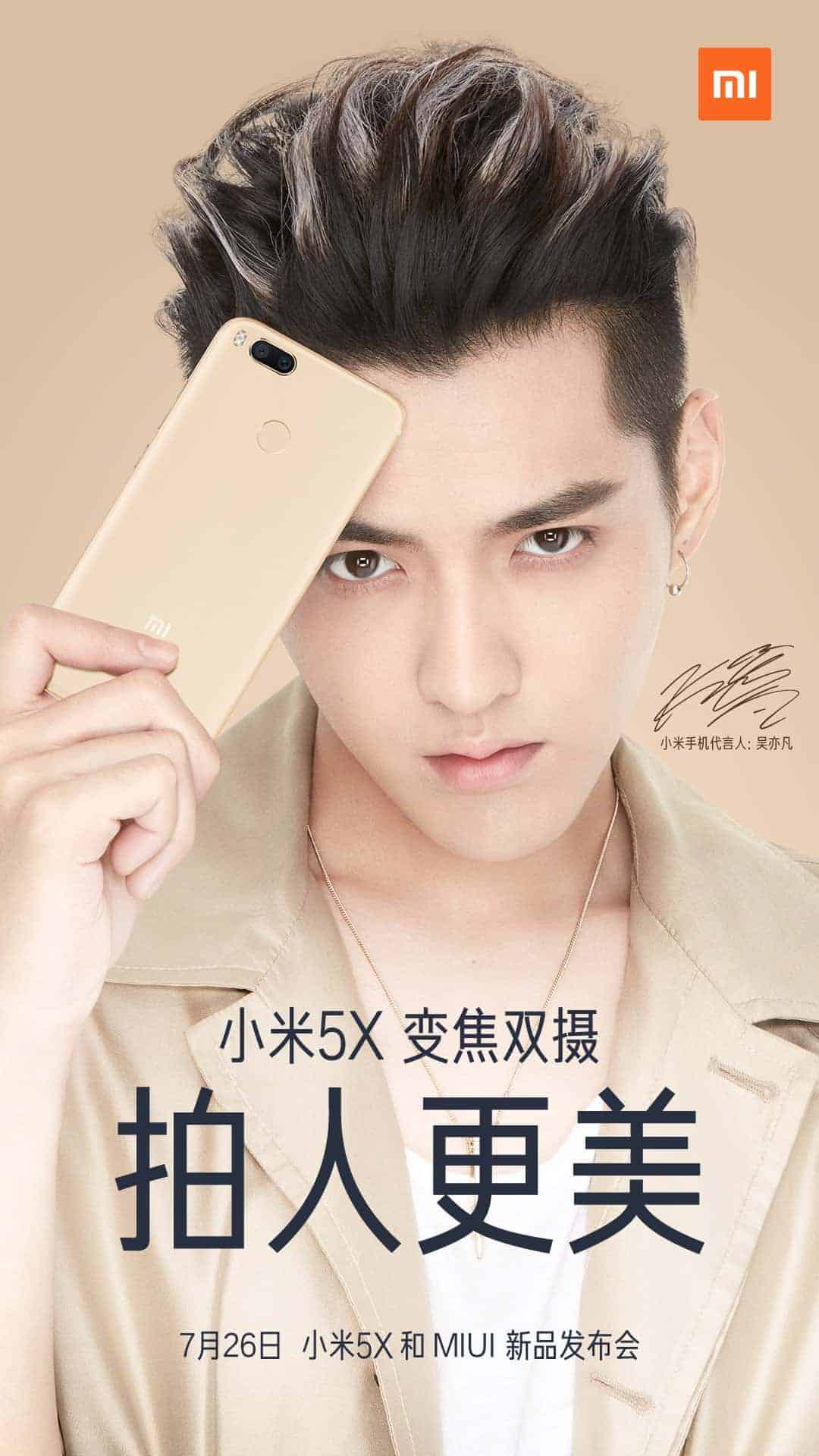