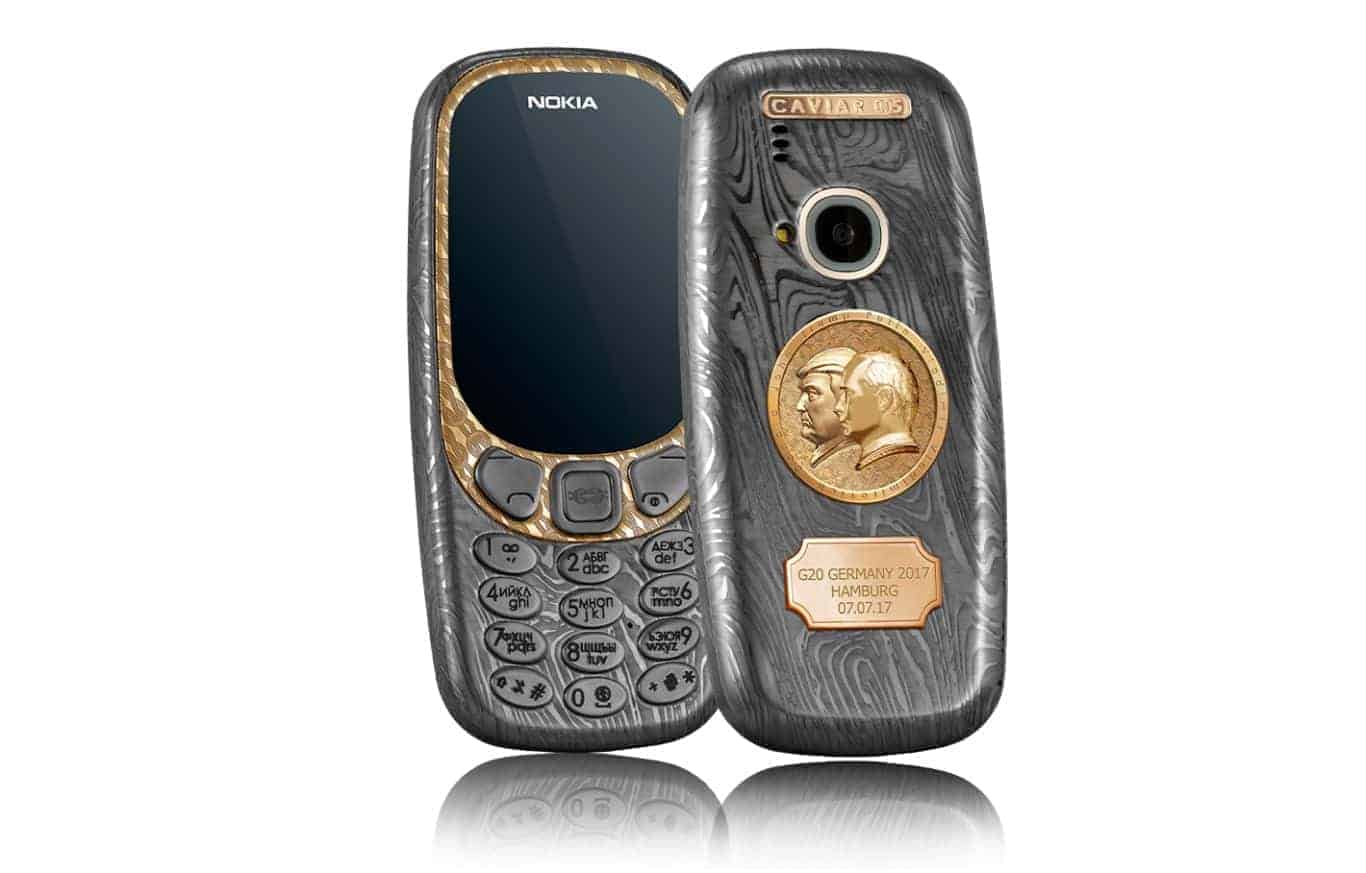 Russian luxury electronics company Caviar is launching a special edition of the new Nokia 3310 (2017) feature phone to commemorate the recent meeting between U.S. President Donald Trump and Russian President Vladimir Putin at the G20 summit in Hamburg, Germany. The device has been treated with various precious metals and features, including gold-plated portraits of both presidents engraved on its back panel. The memorabilia comes at a price, as it is currently available on pre-order terms for 149,000 Russian Rubles or the equivalent of $2,463 at today's conversion rate.

The feature phone picked up by Caviar to receive this special treatment is not the old and iconic Nokia 3310, but rather the 2017 model introduced at Mobile World Congress (MWC) earlier this year. The regular Nokia 3310 (2017) costs around $50, and since the hardware specifications have not been changed for this particular special edition release, it's evident that the high price tag is attributed to the work done on its exterior design. This includes a body made from tempered titanium (BT-23) featuring a Damascus steel pattern, a control button engraved with the G20 summit logo, a golden plate that numbers every special edition unit, and the dual gold plated bas-relief featuring the two presidents. The back of the device also accommodates a golden plate engraved with the location and date when the G20 summit took place. Caviar's Nokia 3310 (2017) will be shipped in a case wrapped in leather featuring black velvet inside. The box will contain the phone, a pair of earphones, charger, and a one-year warranty card.

As for the device's specifications, this is still a feature phone so it doesn't run an advanced mobile operating system such as Android OS. It only has a 2.4-inch TFT display with a resolution of 240 by 320 pixels, features 16MB of internal memory expandable by up to 32GB through a microSD card slot, has a 2-megapixel main camera, and a 1,200mAh battery promising up to one month of standby time. According to the Russian luxury brand, Caviar's Nokia 3310 (2017) was designed as a gift to those who have an interest in modern history and politics, and needless to say, for any feature phone enthusiast who may want to stand out. The company had previously launched a different special edition of the Nokia 3310 (2017) called Supremo Putin for around $1,700, featuring only the Russian President on a gold bas-relief.