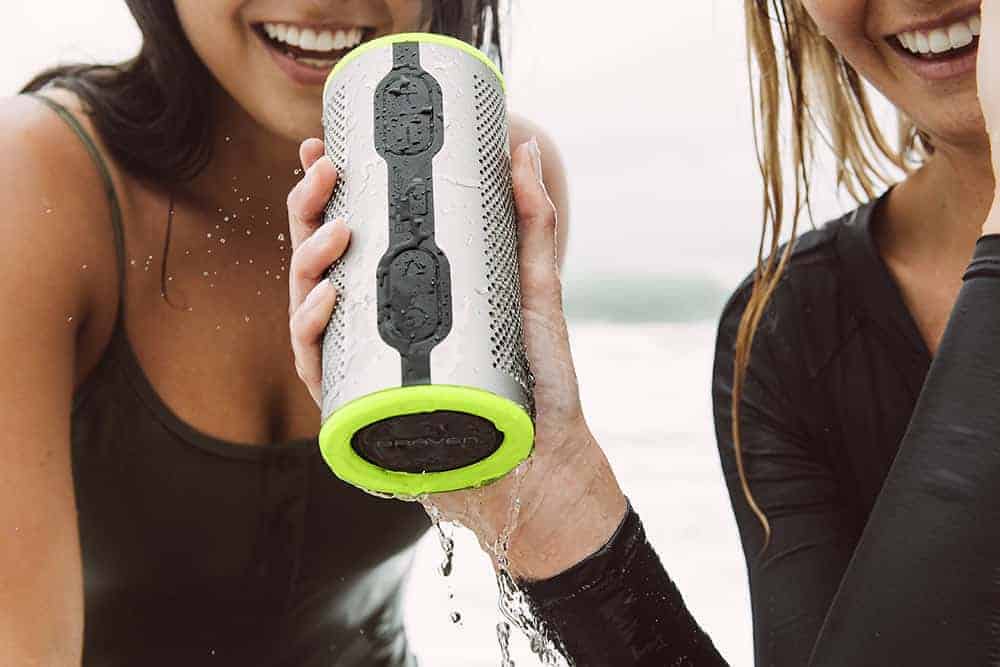 BRAVEN has announced a new waterproof speaker, in the STRYDE 360, which as you can tell is also a 360-degree speaker, meaning that it can fill a whole room with sound pretty easily. This is part of BRAVEN's Active Series of Bluetooth speakers, which means that it's great for taking outdoors to the pool or to a BBQ. It has a 2250mAh battery inside which will net you around 12 hours of continuous playback. It's rated at IP67 for water resistance, which means it can be submerged for up to 30 minutes and still keep playing music.

In the STRYDE 360, BRAVEN is using high fidelity drivers, although it doesn't mention which ones they are, to provide high quality audio that is also plenty loud for using outside as well as inside. With these drivers, the STRYDE 360 can output loud audio without distorting the audio coming from the speaker. There's also dual opposing passive radiators which will generate some rich bass. Resulting in some incredibly sounding lows from the STRYDE 360 speaker. Because this speaker is a cylinder-shaped speaker, it can actually fit in cup holders and such, which also makes it easier to throw in your bag when you're headed to the beach and such.

The STRYDE 360 uses a custom blend of polymers which results in a nearly seamless build. Making it look pretty great, as well as outputting some great sound. This speaker comes in two colors, one is silver electric and the other is slate crimson, both of which look really nice and definitely stands out among the other Bluetooth speakers on the market today. The STRYDE 360 is available today at both BRAVEN.com and Amazon's website. The BRAVEN STRYDE 360 is available for $99, and that means it's going to be going head-to-head with other popular 360-degree, waterproof speakers like the Ultimate Ears Boom and even the Ultimate Ears Wonderboom that was recently announced, since they are similar price points and have similar features. Although BRAVEN does have a history of providing some incredible sounding audio out of their speakers, with great design. The STRYDE 360 does look to be a great speaker for taking with you on your summer trips this summer.