When it comes to buying a new smartphone, there are now a number of options to choose from. So much so that the market now even has two extreme ends. There is the one side which offers all the bells and whistles, the best design traits, and the best performance. Then there is the other extreme which offers a reduction in virtually all areas. Although, that reduction also applies to the price. However, more recently, the quality of the smartphones offered at the bottom end of the market has increased significantly, while the price has continued to drop. A nice example is the Samsung Galaxy S8 compared to the BLUBOO S8. The former comes with a retail cost of $800 while the latter comes with a retail cost of only $140. While the differences between the two are clear, it is surprising the overlap between the two. Including the design, as both of these smartphones make use of an 18:9 aspect ratio. Below is a comparison of the main specs and features on offer with both smartphones. 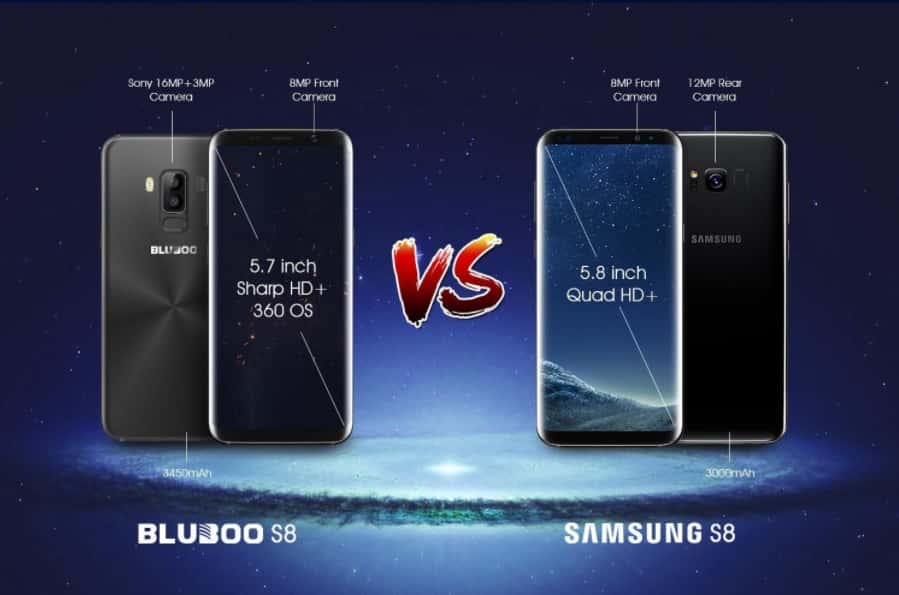 The image below (and the table above) also note that in addition to the standard BLUBOO S8, the company plans on releasing another variant, the BLUBOO S8 Lite. One which maintains the same display design and even the same battery capacity. With the suggestion that the BLUBOO S8 Lite will be an even more affordable smartphone and possibly priced as low as $80. Of course there will likely be some compromises for that lower price. Although for those looking for even greater performance smartphone, it also seems as though BLUBOO is working on releasing a third model, the BLUBOO S8+. With the only known details on this one being that it will come loaded with 6GB RAM, 128GB internal storage, and will be powered by a MediaTek Helio X30 processor. As for the price, it is expected that the BLUBOO S8+ will cost about $300 at launch. 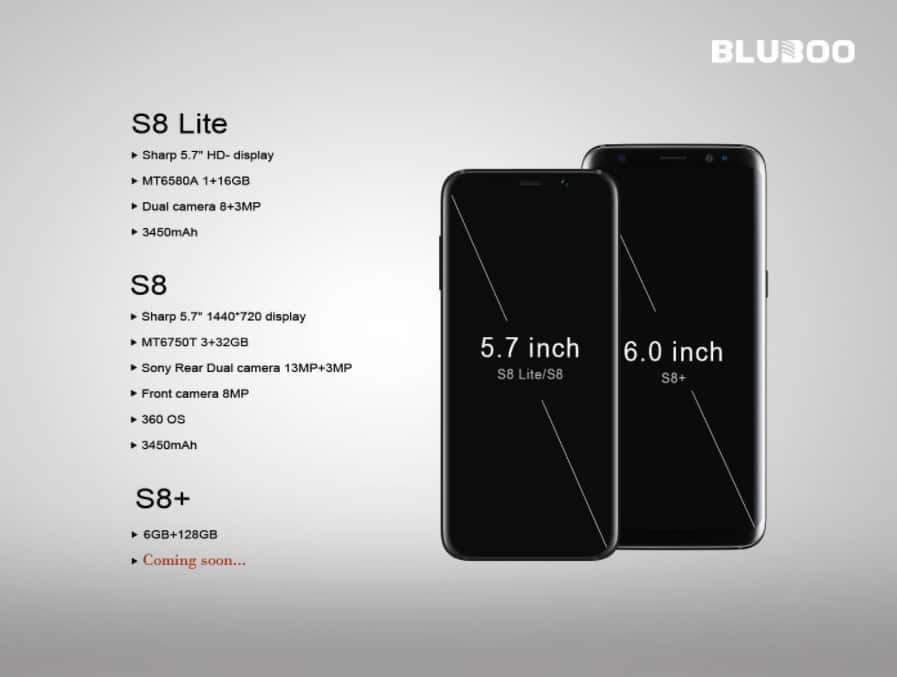