BLU started pushing out Android 6.0 Marshmallow to all units of the Life One X (2016), as reported by some owners of the company's entry-level device that's close to two years old now. Originally launched in December 2015, the Life One X (2016) was running Android 5.1 Lollipop out of the box and hasn't received a major software update ever since, with the general consensus among the public being that the handset will never be upgraded to a newer version of Google's operating system. The Miami, Florida-based original equipment manufacturer (OEM) has yet to publicize the release of the latest software package for the Life One X (2016) in an official capacity, though the upgrade itself is now definitely being rolled out to users.

As always, BLU is pushing out Android Marshmallow through an over-the-air (OTA) update that's being distributed in stages and will thus take at least several days to be completed. Owners of the Life One X (2016) will be prompted to download the package by a push notification that BLU will deliver to them once the update is available in their territory. Those who aren't keen on waiting for their device to confirm the availability of the software package through one of its periodical scans can also search for the download manually through the "Wireless Update" section of their Settings app. The build of Android Marshmallow intended for the Life One X (2016) is over 1.3GB in size, so make sure you have enough free storage space available before attempting to download and install the OS. Likewise, BLU is recommending owners to download the update over a Wi-Fi connection so as to avoid unnecessarily eating into their monthly mobile data cap. The U.S. OEM also urges consumers to make sure their devices have at least 30 percent of battery left or are charging before the update procedure is initialized.

The rollout of Android Marshmallow to Life One X (2016) likely marks the final software upgrade this device will receive by the end of its life cycle, though the handset may continue receiving security patches in the near future. An update on BLU's hardware and software endeavors may follow later this year. 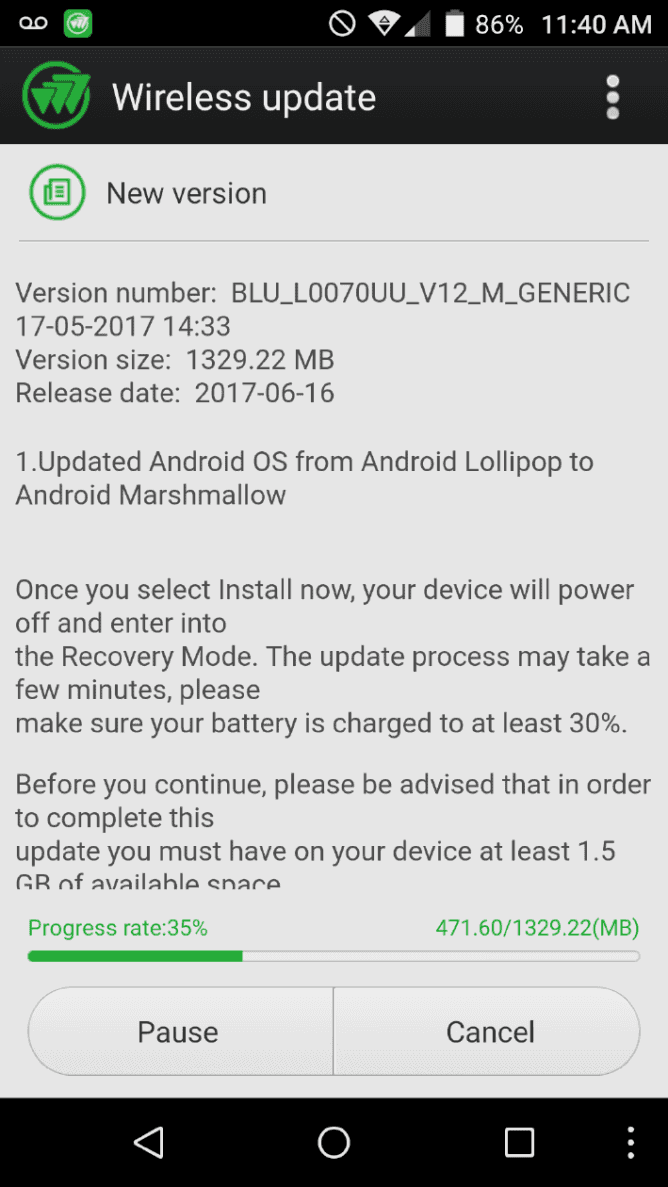