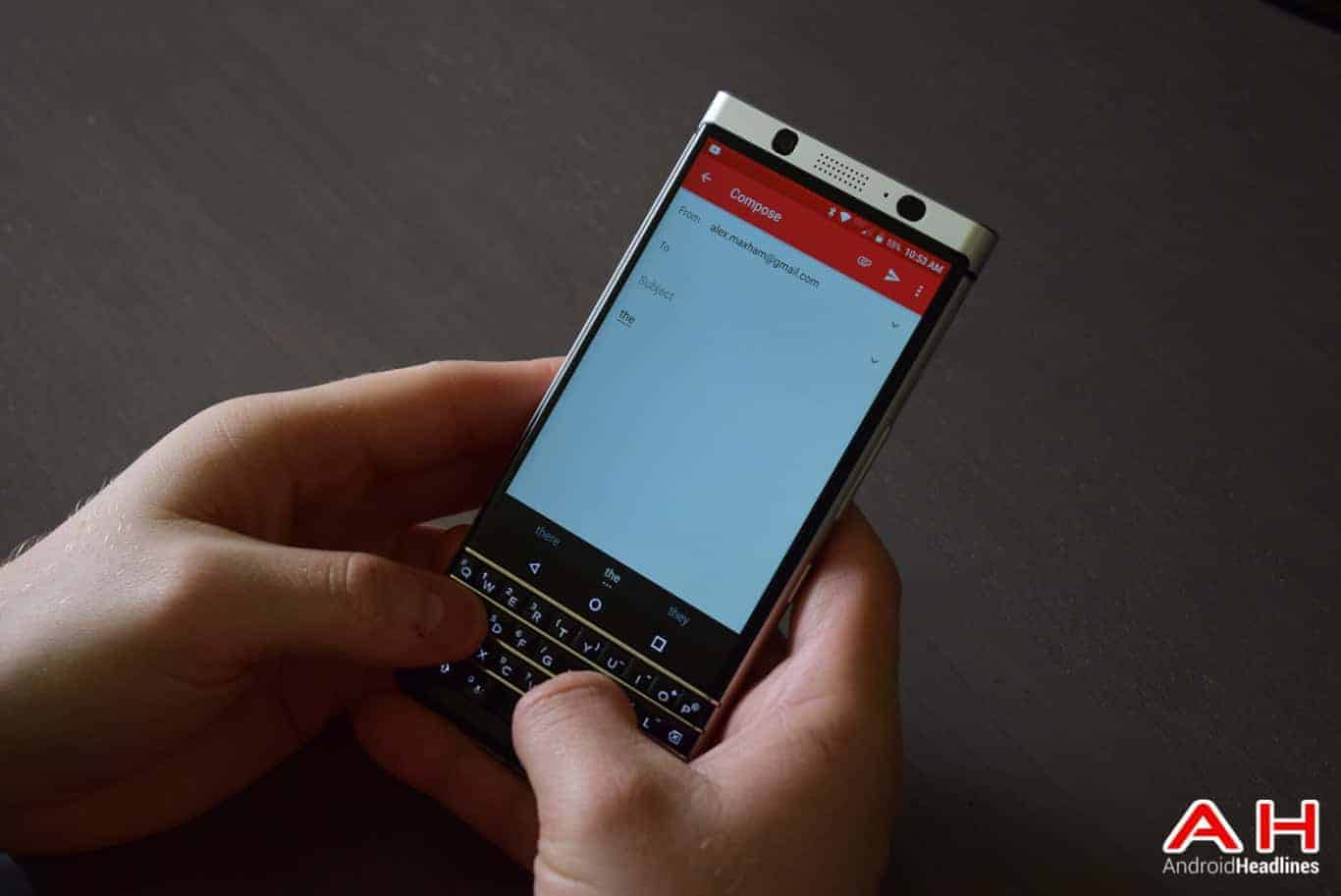 BlackBerry Mobile has announced, via its official Twitter page, that a new model of its popular BlackBerry KEYone is rolling out to retailers and carriers now which addresses concerns about problems with the display. The news follows reports just after the smartphone was released which showed a defect in the design, with a particular focus on the display of the device. The KEYone reportedly shipped with an adhesive that wasn't very strong, allowing screens to fall off or become disjointed with relative ease. BlackBerry manufacturer TCL, at the time, said that it would be looking into the matter just last month.

The defect could not have come at a worse time for BlackBerry, as the device was so popular that it was initially delayed in order to meet the demand created during its reveal, up until release. It isn't known whether the defect in the display design was a mistake or if corners were cut to meet delivery timeframes, but the new model should fix the problem once and for all. BlackBerry has gone a step further and is allowing early adopters of the handset to have theirs replaced if they have the issue – since the devices will still be under manufacturer warranty, according to the company. Those customers that are experiencing problems simply need to contact BlackBerry and report the problem to start the process of getting a replacement. Stock for the newly improved devices will also continue to be shipped out throughout the summer.

Reviews of BlackBerry's keyboard-sporting Android handset have been overwhelmingly positive thus far – with the obvious noted exception of displays not being able to withstand normal usage. The KEYone is a solid performer in the mid-range of the smartphone spectrum. Internally it is powered by a Snapdragon 625 SoC, backed by 3GB of RAM and 32GB of internal storage that is expandable. It has a well-performing 12-megapixel rear camera and an 8-megapixel selfie camera up front. All of that is backed by a 3,505 mAh battery and Android Nougat. Now that the 4.5-inch HD screen is properly glued down, customers who were waiting for a fix before picking up the KEYone should be able to confidently do so. Users who have already managed to get their hands on one should also feel a bit more secure in their purchase decision since the company has decided to replace devices that experience the defect.

Advertisement
Advertisement
Trusted By Millions
Independent, Expert Android News You Can Trust, Since 2010
Publishing More Android Than Anyone Else
7
Today
110
This Week
218
This Month
4203
This Year
105680
All Time
Advertisement